Robert Vose explains why he thinks his Copernican model for an Australian Republic would work well in our system. 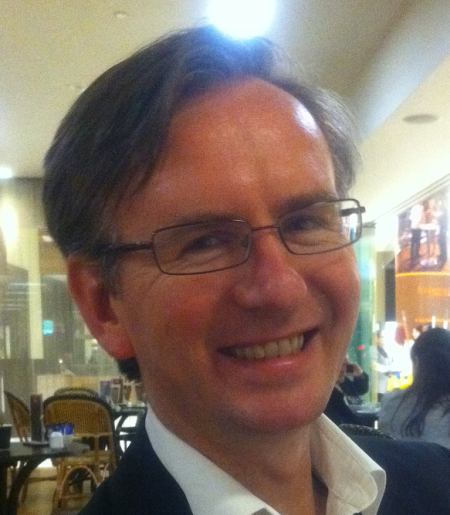 This article provides some of the reasoning behind my particular model for a Copernican republic which could be provisionally described as a “Crowned Republic Elect” model. This model differs from other republican models proposed by the ARM and it also differs from other models with a Copernican framework. I have included a diagram with a broad outline of the three frameworks and that shows another worthy model with a Copernican framework — David Latimer’s “Honorary President Model”. I hope that republicans can appreciate the difference between a broad “framework” and the particular models that are built with a given framework. The flowing article is particularly about the “Crowned Republic Elect” model for a republic — it is not about the Copernican framework in general.

The ARM describes their preferred “framework” in their policy statement. The ARM would like to remove the Queen while promoting the Governor-General to become our Head of state. A Copernican framework, by contrast, would replace the Queen with an Australian as our Head of State while keeping the Governor-General as the representative of the Head of State for the federal Parliament. The Copernican framework is very similar to our existing framework as a constitutional monarchy; while the ARM framework includes some major structural changes to the existing Executive Government. 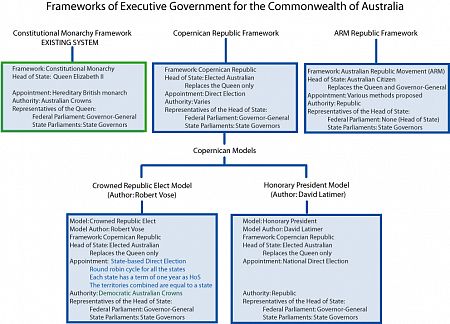 Representatives of the Head of State

This article set out to describe a new model for an Australian republic that is built on the Copernican framework. This model aims to democratize the Australian Crowns. It aims to do this incrementally with a series of plebiscites and referenda for small incremental changes to the Constitution. Previous articles in this series with Independent Australia have provided an outline of a process for becoming a republic.

I realise that initially this model may not be popular with active republicans nor with monarchists. I do, however, think this is the best option for replacing the Queen with periodically elected Australians. This model is fair. This model is safe. Most importantly, this model is based on the existing reality of Executive Government in Australia and it maps out a process that involves only minimal changes to the existing system of government.

There are other good models with a Copernican framework that have been developed. David Latimer’s Honorary President Model would appeal to many republicans. In this article I have described a unique and new model – provisionally labeled as a “Crowned Republic Elect” model — where we democratize the Australian Crowns and base the election of Head of State on the existing reality of the Australian Crowns. This new model keeps the Governor-General as the representative of the Head of State as well as all the state Governors.

13 September 2020, 12:00pm The British system of constitutional monarchy is outdated and complicated, and we ...

Reserving power in a Westminster system

11 April 2012, 11:14am   Robert Vose explains why he thinks his Copernican model for an Australian ...
Join the conversation
comments powered by Disqus
News updates