As called for in the Uluru Statement from the Heart, a First Nations Voice enshrined in the 'Constitution' would go a long way to bring justice to Australia's original inhabitants, writes Europaeus.

THE ULURU Statement from the Heart (the Statement) will be five next May.

It was released on 26 May 2017 by delegates to the First Nations National Constitutional Convention, held over four days near Uluru in Central Australia. The Convention was held after the 16-member Referendum Council – jointly appointed by then Prime Minister Malcolm Turnbull and then Leader of the Opposition Bill Shorten on 7 December 2015 – had travelled the country and met with over 1,200 people.

The First Nations National Constitutional Convention met over four days, from 23 to 26 May 2017. Council member Professor Megan Davis, Balnaves Chair in Constitutional Law and Pro Vice-Chancellor Indigenous at the University of New South Wales, gave the first public reading of the Statement at the conclusion of the Convention. 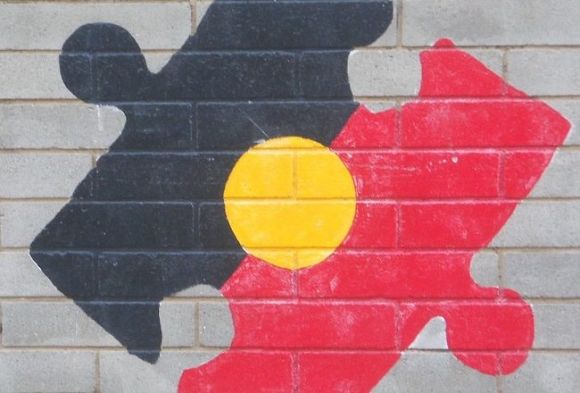 The Statement was issued after the convention and calls for a ”First Nations voice” in the Australian Constitution and a Makarrata Commission to supervise a process of 'agreement-making' and 'truth-telling' between the Australian Government and the Indigenous peoples of Sahul. Makarrata is Yolngu, which is a word possibly equal to "people", but approximating the meaning of "treaty". Again, in Yolngu, Makarrata is more than just a synonym for treaty; it is a complex word describing a process of conflict resolution, peacemaking and justice.

The "Voice to Parliament" is the latest provision to attempt to bring justice to the original inhabitants of Sahul.

One may conveniently go back to the 1933 Australian Aborigines’ League — at least, founded by William Cooper – to see the enormous difficulties in talking the truth to the invaders of this land. They have made of it one of the latest runts of the settler/squatter litters disseminated by English capital around the world. Almost 100 years after, the same problems are re-presented and the solution is proposed in terms sufficient to reach and influence the eyes and ears of distracted hypocrites.

The process is suggested and it seems was once again accepted by Indigenous peoples in terms familiar to a laborious system of consultation, the ultimate purpose of which is to make "the case" respectable to the senses of the invaders’ successors — without solving it.

On 26 May 2017, the Statement was published and immediately adversely commented upon by Deputy Prime Minister Barnaby Joyce (an agrarian bookkeeper) and quickly left undefended by a fearful Prime Minister Turnbull (an international transactional operator).

Given the circumstances of the establishment, encouragement and assistance of the renewed efforts – or "formalising the issues" through novel steps, such as "processes of co-design" – it is conceivable that Indigenous peoples were once again tricked.

'This is the torment of our powerlessness.'

Of course, people who use sovereign-indifferent words such as multiculturalism (actually meaning flags, food, folklore, fun and little else in addition) with an apparent commitment to "new English" words such as "Anglo-Irish" to refer to the first invaders, could not care less.

Nor are some of these people educated or sensitive enough to appreciate the profound cris de coeur which sounds out from the Statement:

' ... our youth languish in detention in obscene numbers. They should be our hope for the future. These dimensions of our crisis tell plainly the structural nature of our problem.'

And one last sentence resounds lyrical, like the words a leader of the Indigenous movement chose to remember Gough Whitlam in death when he closed that paragraph of the Statement thus, poetically:

'This is the torment of our powerlessness.'

Yes, all this had to be said, never forgetting the now-apparent useless sacrifice of so many Europeans under Nazi-Fascist regimes – from Mussolini in Rome to Hitler in Berlin and Franco in Madrid.

In the Statement, First Nations peoples define their sovereignty as “a spiritual notion” which “co-exists with the sovereignty of the Crown.”

There are reasons they shouldn't even have to entertain such "co-existence", as follows: 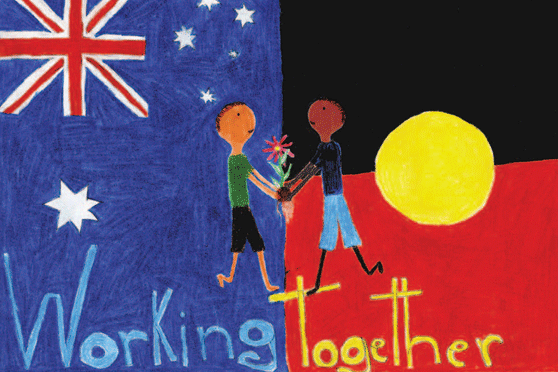 Indigenous Australia and an Australian Republic: Moving in the same direction

Meaningful self-determination for First Australians is not even a remote possibility while the nation remains a constitutional monarchy, writes Indigenous affairs editor Natalie Cromb.

There is also a more comprehensive and immediately pressing reason not to accept “sovereignty of the Crown”. Those words describe a complex of "values" – should the word be abused for the occasion – which is inconsistent with the organisation of a modernising, if not modern, society.

Those "values" may belong to a good work by Gilbert and Sullivan, or a similar artistic production.

The point must be elaborated, to avoid the accusation of being petty over formal, meaningless issues: no matter what one says or writes to diminish the value of words, the Constitution makes no reference to certain "values" that Australians – "old" and "new" – may take for granted and/or assume to exist.

For instance: there is no mention of the prime minister, the ministers and the opposition and no emphasis on democracy — liberty, equality and accountability – as a way of life and for the creation of responsible government.

The Queen retains the power to veto legislation: section 59; and the Constitution vests in the Queen the executive power of the Commonwealth: Section 68.

The Queen’s representative, the governor-general, is the commander-in-chief of the armed forces: Section 68.

Until 1967, there had been no reference to the original inhabitants, except for making sure that they not be counted in the census.

To ignore in 2022 and insist on old discredited remedies to the infamy of the invasion and exploitation of Australia, is to ignore what has come to light since 2016 by the courageous initiative of Professor Jenny Hocking: her action for the release of correspondence (over 200 letters) between principal and agent which documents the collusion between The Palace and Yarralumla in disposing of the Whitlam Government in 1975.

Until the success of Hocking in the High Court of Australia, it might have been possible to set aside what the representative of the Queen did to the Whitlam Government.

But to continue nowadays as if nothing had happened and to invoke old discredited remedies, is – in the words of Australian commentator Phillip Adams – to pretend:

'If HM [Her Majesty] knew nothing about Kerr’s coup against EGW [Edward Gough Whitlam] then there’s no connection between smoking and lung cancer.'

Any serious attempt at rendering justice to the Indigenous peoples of Sahul is in the acceptance and rapid implementation by Australia of the United Nations Declaration on the Rights of Indigenous Peoples, which was adopted by the General Assembly on 13 September 2007 by a majority of 144 states in favour, with only 4 votes against — significantly Australia's being one of them.

Naturally, the only way of progressing from there is the election of a constituent assembly for the work on a republic: secular, democratic (one head, one vote and one value), progressive, forward-looking — at peace with the world.

Chances are that with the departure of a senescent Queen (Mrs Elizabeth Alexandra Mary, widow of Philip Schleswig-Holstein-Sonderburg-Glücksburg etcetera), uncaring Australians will be saddled with the never-employed Charles Philip Arthur George — who will be known as Charlie the "Turd". Or so my Irish friends aptly say.

Europaeus is quite likely the oldest member of the Italian resistance (Giustizia e Libertà) living in Australia.

20 February 2022, 12:00pm As called for in the Uluru Statement from the Heart, a First Nations Voice ensh ...
Join the conversation
comments powered by Disqus
News updates