The Western Front: In search of Alexander Benson 2372

One hundred years ago today, Alan Austin's great uncle died on the Western Front and, like thousands of other Diggers, was buried in an unmarked grave. This is his story.

ONE HUNDRED YEARS AGO last Saturday, Alexander Benson, a young soldier from Tooborac in central Victoria, wrote home to his sister Ella from the Western Front in Belgium:

‘You have not much idea of the damage of war, for it is a pity to see it. Lovely old churches and buildings knocked to pieces, streets a mass of shell holes, so you could hardly know where the village had stood. I will describe it when I come home.’

He then reminisces about life at home, asks about family and reflects on the weather — in both the Goulburn and Lys Valleys. He says, ‘these last few days here have been fair cows.’

The Belgian weather was not his main worry. British command had charged the Australian 46th Battalion with securing the strategic Zonnebeke to Roulers railway line. The Germans needed it to deliver troops, artillery and supplies to the long-running battles for control of the Passchendaele Ridge. At ultimate stake was access to the Belgian ports whence the Germans were launching U boats, which were destroying vast tonnages of Allied shipping. 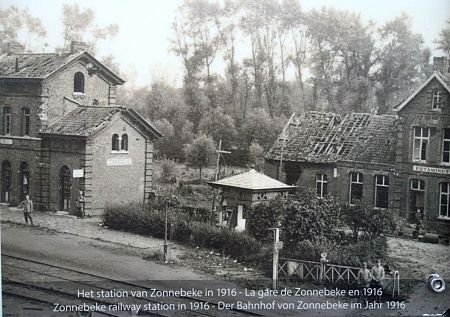 Western Front battles raged in that region from July to November 1917 at devastating cost to both sides. Allied losses were around 240,000. Estimates of German casualties vary between 200,000 and 400,000 deaths.

Alexander Benson did not get to describe further the horrors of the war to his family at home. Four days after writing to his sister, on 11 October 1917, he was killed in action by a high explosive shell. One hundred years ago today.

Where is Private 2373 A. Benson now? What do we know of his first 25 years before called to fight a European war? And how does his family remember him?

The answers are quite sad: unknown, virtually nothing and barely at all.

This is one of the great tragedies of that hideously evil war — not just that millions of courageous men and women had their lives destroyed, but for many the fact they ever existed was also obliterated.

Almost by chance, Bill Little, a grandson of Benson’s sister Ella, now in his 60s, came across letters and a few sepia photos among family memorabilia. He then explored what else was on record. Six brief handwritten and typed witness statements preserved by the Red Cross reveal more about Benson’s sudden death than is known about the rest of his life. 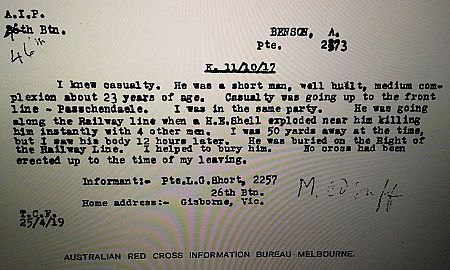 'I was in B Co. IX platoon with Benson and knew him very well. We came together from Australia. We were near one another in the attack on 11th October at Passchendaele Ridge. We had gone over early in the morning and he was hit about 5pm. When we went to him and found him dead we took his disc and paybook and papers which we afterwards handed in to HQ. Two men were sent from the Co. to bury him that same night.'

Sergeant Stanley Sargeant, who was wounded in the bomb blast, wrote:

‘I knew this man personally as he was in my own platoon and I was present at the time he was killed. He was badly hit by a bit of shell and died within a few minutes. His grave will not be registered as he was buried in the field…. His former occupation was relieving porter in the Victorian Railways.’

Bill Little sent this modest file to another of Ella Benson’s grandsons, this writer, thus sparking the quest to locate Alexander’s grave. Or at least trace his journeys. That took us to idyllic Belgian farmlands, where scores of cemeteries, monuments and museums remind the world of the carnage of that terrible period. The old Zonnebeke railway station has been rebuilt. The line has been ripped up and is now a cycling track dedicated to the Aussie troops. 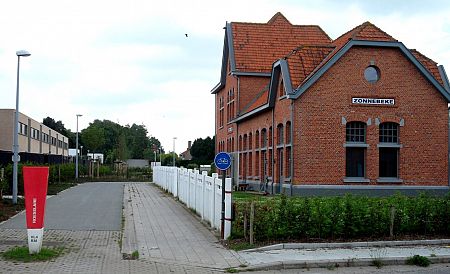 We discovered that the majority of the region’s war graves do not identify the interred. In Tyne Cot Cemetery, just outside Zonnebeke, there are 11,954 headstones, but only 3,587 have names engraved. Most are simply inscribed 'Known unto God'.

Ella’s son Jack Austin, a World War II veteran now in his 90s, admits that throughout his life there were no references to his mother’s brother.

Although discomforting to acknowledge, their family’s experience, he believes, was not unusual:

“Many families lost a brother or a father or a son. It was just too painful to dwell on the deaths. So there was an attitude of putting the bereavements and sadness of the past behind us and looking to the future.” 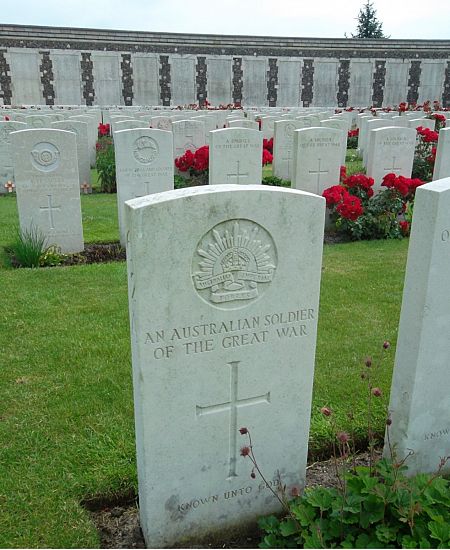 Hence, while family homes normally displayed framed photos of surviving service personnel of both world wars, only one is known of Alexander.

Australia sent about 340,000 combatants abroad, which was 31.3 per cent of the male population aged between 18 and 44. Of these, about 62,000 were killed. Another 155,000 were physically wounded and more than 4,000 made prisoners of war. The number psychologically affected for the rest of their lives is impossible to assess.

Australia’s World War I fatalities were just a fraction of total losses. These included 17,000 New Zealanders, 65,000 Canadians, 72,000 Indians, 1 million Britons and a staggering 1.7 million French. The Germans lost around 2.7 million lives, the Ottoman Empire 3.1 million and the Russians 3.2 million. Total military casualties for the five-year conflict were around 10 million. Another 8 million civilians were killed.

Fortunately, it seems Alexander Benson died with the confidence of imminent peace in his heart rather than in hopelessness and despair. His final words, scrawled in a top margin of his last letter, probably as he was kitting up to return to the front, were these:

‘Just heard a tale that the war will finish just before Xmas, so watch out for it.’

That tale was inaccurate by 11 months, but eventually that horrific War did end. 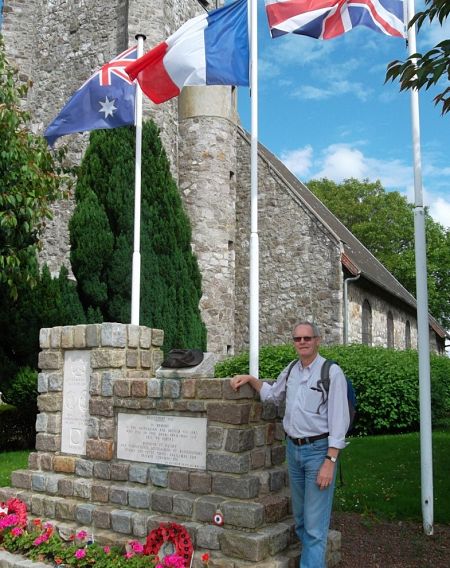 That the combatant nations are now firm allies in commerce, foreign affairs, cultural engagement and peace is an eventuality – let us hope, as a tribute to Uncle Alex and the countless other forgotten casualties – that the world will always know.