If Australia becomes a republic, we'll end up like [insert dictatorship] 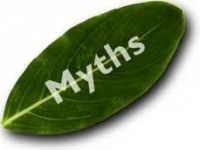 One of the more tiresome monarchist myths is their idiotic claim that should Australia (or New Zealand) become a republic, our democracy will look like whichever dictatorship is in the headlines that week.

With tiresome predictability, the ACM has made such an assertion about the Russian Federation.

The incumbent president has nominated the former president and current prime minister as candidate for president. It sounds complex, but it's simply a way for a less-than-democratic leader to keep hold on the reins of power. This is deplorable in any democracy, but to suggest it could happen in Australia or New Zealand is stretching the bounds of truth. It's more likely that Charlie Sheen will be elected the next pope by the college of cardinals.

New Zealand's monarchists have claimed at various intervals that a New Zealand republic would end up like Lebanon, Fiji, Zimbabwe or Egypt. Sadly this simple argument (with monarchists, the arguments are always simple) is easy to roll out and spread more fear into the minds of the public.

The fact is that Russian political history has little in common with Australia or New Zealand. For starters, Russia has only had a form of liberal democracy since 1991 (and briefly in 1917 before the October Revolution which brought the Bolsheviks to power). In both Australia and New Zealand, British settlers brought with them liberal democracy. Despite some rough starts (for example, the rum rebellion) democracy has firmly taken root. Despite what the monarchists like to think, this has precious little to do with the absentee head of state, the Queen. It's more to do with social and historical trends — what political scientists call democratic ethos.

This point is underlined by a book I recently read entitled How Democratic Is the American Constitution?. Part of the book discusses the most stable, wealthy democracies in the world since 1950. Half of them are republics. But the underlying reason appears to be that there is a long-term social commitment to democracy. If the monarchists were serious about educating Australians as they claim to be, they would make note of such academic work.

I doubt that they will though — to do so would refute the nonsense they spout.