Professor John Warhurst reviews Glenn Patmore's book,  'Choosing the Republic', which sets out to offer a “...straightforward guide to republican reform for the general public”. 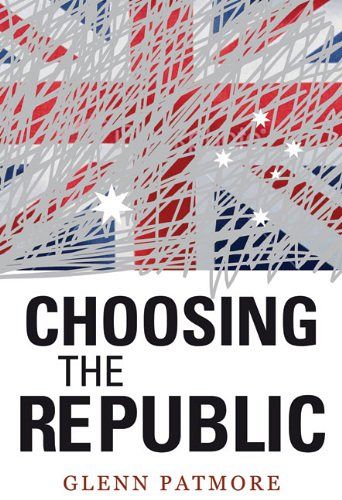 It is now more than a decade since the unsuccessful 1999 republic referendum. The campaign for a second referendum is becalmed at the moment and many Australians were either too young to know what the issues were then or never really understood them. In this context Glenn Patmore sets out to offer a “straightforward guide to republican reform for the general public” and makes a call for “renewed political, legal and policy debates”. He is generally very successful in his first aim, but his voice is one of many trying to achieve the more difficult task of revitalising the public debates.  Patmore is optimistic and sees a republic as creating  “a more democratic and independent future for ourselves”; but he was writing in the more promising political environment of Kevin Rudd and the republican Malcolm Turnbull compared with the current Australian leadership of Julia Gillard and the monarchist Tony Abbott. He was also writing in a time when public opinion polls were noting that the advent of Prince Charles as King would significantly increase support for an Australian republic. Since then Prince William has soared to public attention.

As a guide to republican issues Patmore, a republican lawyer, is successful because of the framework he has adopted and the tone with which he proceeds. The framework begins at the beginning-setting out republican theory and history-in a way that was not the case in the 1999 Yes campaign. It also meticulously takes the reader through parliamentary and referendum processes and addresses just what happened in 1999 as well as the relevant republican milestones up to 2008.

Ignorance is a major barrier to change so Patmore’s basic framework is essential if awareness is to be raised so that change might proceed. He also notes that, despite some conventional wisdom to the contrary, the great majority of Australians (81%) are satisfied or fully satisfied with how democracy works in this country. This means that advocates of change always have a hard job ahead of them.

The best parts of the book (chapter 6) discuss the issues at stake in choosing the method of electing the head of state. The organisation of this discussion around the values of neutrality and popular participation is especially illuminating and goes well beyond a straightforward guidebook, while retaining great clarity in the exposition. A later section on constitutional constraints, such as codification of the constitution is not as clear, though the issues are complex.

Patmore writes like a good teacher should. He is always measured and balanced, and he takes the reader through the issues on a step by step basis. He is careful and always respectful of the current Westminster system. While he is a declared republican, not only should he not upset monarchists but they should find this book instructive about the present constitutional system.

He recognises throughout the importance of political leadership and does not excuse leaders of their responsibilities. Indeed he reiterates in the final chapter that he expects leaders to be committed to bipartisanship and to inspire us; neither is much in evidence at the moment unfortunately.

He concludes with a three-fold message for republicans. He expects us to be not just optimistic but perhaps (incurable) romantics; when engaging in debates we must nurture trust and understanding and address criticism of the republican agenda directly; and we must provide civic education. The latter is a good place to start because not only do republicans and monarchists share a commitment to constitutional and political education but successive Senate committee reports have agreed.


(This story was originally published by the Journal of Australian studies in June 2011 and has been republished with the author's permission.)