Do it for everyone, but especially the young 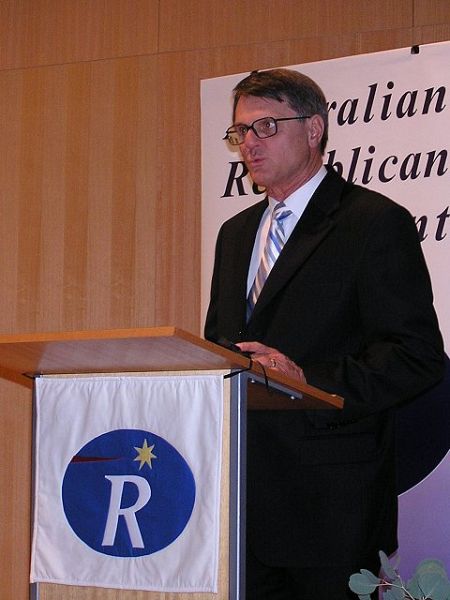 Our system of governance gives mixed messages to young Australians, Terry Fewtrell says, that only a republic can fix.

RESILIENCE and determination are characteristics that feature prominently when reflecting on this nation’s story. They apply to our indigenous people and to early pioneer settlers and indeed to many who today live ordinary lives in communities around the country.

For one group of today’s Australians, a particular form of resilience and determination has been a strong characteristic of their lives for much of the last decade. I refer of those older Australians who support Australia becoming a republic. In my role with the Australian Republican Movement (ARM) I have been moved by calls and letters from senior Australians, desperate for the move towards a republic to gain new momentum. They have clung tenaciously to this dream since the lost referendum in 1999 and now they want to see progress, not for themselves but for the generations that follow.

Resilience and determination apply also to the many students who graduated from our universities at the end of last year, after completing years of study and effort. And yet there is poignancy about their achievements. The reason being that despite all the talent and wonderful potential offered by young Australians, whether graduating from universities or technical courses, none are simply good enough! None are able to become the Head of State of our nation.

As a community we are saying to them, as we have said to ourselves all our lives, that by virtue of being Australian, they/we are not good enough to aspire to the pre-eminent office of our nation - to represent this country as its President and Head of State. And that is because we, the custodian generations, have not met the challenge of righting this wrong.

Of course this is a ridiculous situation. In truth it is demeaning to them as individuals and to us as a people and a nation. Furthermore it is something we can and must address. And from the conversations and letters that come from that cadre of older republican Australians, it is that sense of limitation and failure to become who we really are that they are most anxious to fix. For them the task of nation building is not complete, and can’t be, until we have an Australian as our Head of State. They see the last election as proof that young Australians want Australia’s government system to be relevant and contemporary and will act decisively when they realise it isn’t. They want decisive action now.

Monarchists resort to various forms of sophistry to argue that we already have an Australian as our Head of State, in the office of Governor-General. The cold hard legal, constitutional and practical reality, however is that Australia’s Head of State is a member of a British family who lives thousands of kilometres away and owes first loyalty, as is quite proper, to the land and people among whom she lives. Australians can meet any challenge in the world, whether in sport, business or science. Why then do we think we are unable to have our own Head of State? Of course we can and we must.

As we reflect on the progress of Australian independence and nationhood, we should note that it has been steady and incremental, extending now for more than a century. We may have become a nation in 1901 but in the 107 years since we have gradually severed constitutional, legal and other procedural links to the English crown and government apparatus.

Each has been accompanied by cries of:  ‘We’ll all be rooned!”. But none has shaken the good sense of the distinctive Australian approach to workable democratic government. As the generations that currently have custody of the nation’s affairs, we owe it to ourselves, but especially our young Australians, to build the bridge to help the nation take that final step.

(Terry Fewtrell was a past deputy chair of the Australian Republican Movement and a former ACT branch convenor. This is an extract from an article first published in Republican Roundup in January 2008. )

Do it for everyone, but especially the young