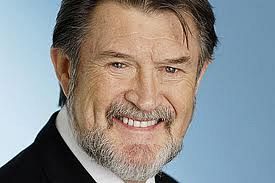 Prince William's tour has no relevance as to whether Australia should become a republic, says Derryn Hinch. George Clooney or Oprah would have had much the same reaction.

Let’s get one thing straight here. Yes, Prince William is having a PR man’s dream trip Down Under. Yes, it is good to see him physically reaching out and comforting people in New Zealand and Australia whose lives have been shattered [and loved ones lost] in an extraordinary and savage series of earthquakes and floods.

Yes, it is good to see those smiles on faces on the TV news from people who haven’t had much to smile about lately.

But stop reporting it as the Second Coming. The reaction would have been the same if it were George Clooney or Oprah Winfrey. Remember the fawning Goddess-style reception she received last December.

And stop interpreting it – as David Flint predictably will – as proof that the monarchy is safe and wanted and yearned for here in Australia for the next millennium.

It is show biz. A touching diversion. But it is irrelevant to Australia in 2011. If anything, it should be a reminder about how antiquated our system is when the grandson of the Queen, famous only for who he was born, can generate such media coverage.

Writing in The Australian yesterday about the ‘ impossibly handsome prince’ James Walker decided ‘ he might be a bit special after all’.

I can’t get out of my mind the almost orgasmic reaction from colleague Neil Mitchell after he attended a reception at Government House for William. Mitchell’s conclusion: ‘Australia needs Royalty’. No. Australia needs a republic.

I doubt, and fervently hope not, that William will ever be King of Australia. The Queen will never abdicate unless she becomes totally infirm and Charles is about to become the longest heir-in-waiting in history.

And despite the predictable clamour and speculation about Charles being leap-frogged by his son it won’t happen.

With a bit of sense Australia will do what should have been done for our bicentennial in 1988 and vote to become a republic before the Queen dies. And if not, then certainly when Charles ascends to the throne to succeed her. Queen Camilla of Australia? How does that roll off the tongue. 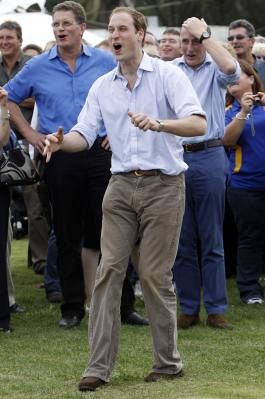 It is weird that right now as we look at the turmoil in the Middle East and wonder how kings and potentates can hold power over the people we still genuflect and gush and grovel before a young man whose only claim to fame is a life of privilege determined by his parents’ lineage.

And what commitment does he have to Australia? None. His aunty, Princess Anne, has campaigned against Australia in the past for British bids for the Olympic Games. And William campaigned for Britain to host the 2018 World Cup in soccer.

Susie O’Brien, writing a pro-republic piece in the Herald Sun today said: ‘In the end, princes and princesses belong in fairytales, not in a modern democratic world’.

The last, and only, vote on a republic put the cart before the horse, thanks to a clever John Howard out-manouevring the YES voters at the Constitutional Convention.

The question should have been simply:  Do you want Australia to become a republic?

If the answer was an overwhelming YES then the next question should have covered what sort of republic you wanted: A directly elected President or the ‘politicians’ republic’ as the monarchists effectively described it the option of Parliament selecting the candidate.

Whether or not Prince William can kick a Sherrin is irrelevant.


(This story was originally published on 22 March 2011 on www.HINCH.net and has been reproduced with the full permission of the author.)