Australia’s future monarchy: a view from the Republic of France

How to achieve an Australian head of state, yet still be able to cling to the apron strings of an archaic European dynasty? Alan Austin thinks he may have hit on a solution.

Australian ex-pats in Europe are in a powerful position to judge. We live near several monarchies and close to many republics. We live in one of them.

So the way forward for Australia – a unique visionary future – should come from one of us. Specifically, me.

All Europeans I have spoken with are surprised to hear Australia is a monarchy still. After Australia’s Tour de France win, amazing economic management in tough times, success as Olympic host in 2000, prominence in international wine shows and having given the world Fosters Lager, Torquay surf wear and Hugh Jackman, Australia is seen as a progressive, independent, no-nonsense New World nation.

Surprise turns to shock and dismay when it is revealed that Australia’s royals are in fact not Australian, but a German family living in England. And it doesn’t seem to alleviate the consternation when it is pointed out that this status is shared with Belize, Tuvalu, Grenada, Papua New Guinea and the Solomon Islands.

Aussie expats here have a range of views on the way forward. We agree change ought not come while the present monarch is still with us. But after that?

Shall Australia continue with the next in line in the Haice of Windsor — Prince Charles? Well, yes, there have been speculative calls for the succession to skip a generation to the more marketable Prince William. The more decisive strategy – for a complete genetic break via the enthronement of Prince Harry – does not have widespread support.

The problem with continuation, of course, is that on the hottest issue of the day in Australia – the sanctity of traditional Judeo-Christian marriage – the Saxe-Coburg-Windsors have been no help whatsoever.

That and whenever Her Majesty opens a British Parliament she vows to build England’s economy by destroying Australia’s and New Zealand’s.

Another option is the move made already by most former colonies to a republic with a home-grown head of state. But there are two persuasive arguments against: the necessity of ties to Old Europe and the sad reality of Australia’s immaturity.

Fortunately there is a third alternative. One yet to receive the analysis and accolades it deserves. This enables Australians to cling to the apron strings of an archaic European dynasty and at the same time have an Aussie king. Win-win.

All Australia has to do is simply switch allegiance from the British royal family to that of Denmark! 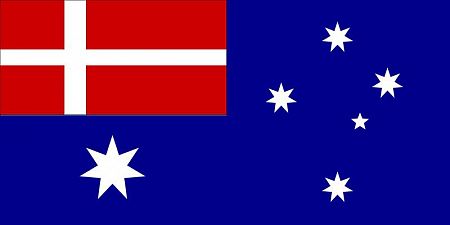 Admittedly the present ruler, Margrethe II, is Danish. The next, Prince Frederik, is Danish as a pastry also. But after that? Third in line is Prince Christian – son of Frederik and Mary of Hobart – who is half Aussie.

With Mary’s regular visits home, it’s highly likely young Chris will in due course also marry a strapping Tassie lass. So fourth in line will be three quarters Australian. And so on.

The upside of this is enormous. Australia will be elevated to the same status as Greenland and the Faroe Islands, with which it has so much in common.

Links to the Old World are not only retained but fortified; the Danish royal lineage goes back to the 10th century Viking kings Harald Bluetooth and Gorm the Old.

The Danish monarch still has reserve powers to exert executive authority over the government. So King Chris, and then eventually Queen Kylie or King Jayden, can still turf out any future Whitlamesque upstart.

Let’s face it. The Danes are fair dinkum. The Haise of Glücksburg showed this when securing the last regal spouse. None of this inter-marriage with other royals, or morning teas in the manors of Berkshire and Dummer, Hampshire. They sent young Frederik to cruise the bars of Kings Cross.

Practical issues are easily resolved. Just replace the Union Jack with the red and white Danish cross on the Aussie flag. Same basic colours. Then persuade the regime to reinstate a gaudy ceremonial “changing of the vagtpost” at the Marselisborg Palace for Australian package tourists.

The only real problem is that constitutionally the Danish monarch retains over governments “the right to be consulted, the right to advise and the right to warn”. This could be an issue Downunder as these rights are currently held by Alan Jones and The Australian.

The clinching argument, of course, that Denmark and Australia are destined to unite is in their national anthems. The Danish one is titled There Is a Lovely Land and translates thus:

Now, does that evoke the same soaring aspirations as Advance Australia Fair or what? It ends:


And still that land is fair, so blue the seas that belt her
So green the woodland there
And noble women, comely girls
And men and lads of mettle
Dwell in the Danish isles.

I rest my case.

(Alan Austin is an Australian freelance journalist based in Nîmes, France.)