SUBSCRIBE   DONATE LOGIN SHOP
SUBSCRIBE   DONATE
How we prevented a Morrison dictatorship
How Howard screwed the Libs
U.S. site tries to ruin what makes fairy bread great
Bloody Idiot of the Week — Episode 28: Get used to it
Morrison's 'politics of retribution'
Australia

Australia, land of democracy and equality 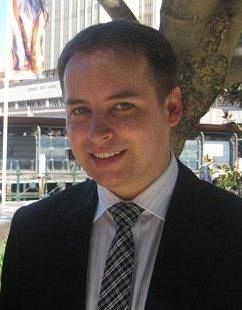 In the tradition of de Tocqueville, Benjamin Jones considers the Australian experiment. He says Australia is the land of freedom, equality and democracy.

THE Commonwealth Games are always an interesting affair. For the last three decades at least they have become something of a celebration of Australia’s absolute sporting dominance. As every Australian knows, as a nation we have always punched ferociously above our weight in the world of international sport. Our achievements at the Olympics, FIFA World Cups, tennis grand slams and a host of other events are completely disproportionate to our small nation. I find it curious though that sporting achievements, great though they are, are one of the few things we take genuine pride in.

Australia is in many ways a very humble nation. We have a strong national culture which turns away from the rampart nationalism of many countries. Australians generally feel uneasy about making statements like, ‘this is the best country in the world,’ even if they might quietly think it. Australia is an extremely young nation impressed on an ancient nation. As such our people are happy to acknowledge the rich history and traditions of other cultures and, as one of the most multicultural nations in the world, we celebrate the diversity of this earth we inhabit. Australia is famous also for its Tall Poppy Syndrome. While this is sometimes taken to unhealthy lengths it is a key characteristic of our people who cringe at arrogance and self-congratulation.

And yet, there is so much to be proud of if by birth or by choice you call this island-continent home. Australians have historically felt embarrassment over the convict beginnings of white settlement. This has proved, however, to be one of the greatest assets in defining the national character. Australia began as a unique social experiment. In the same way Alexis de Tocqueville studied the American experiment, so too should we consider the Australian experiment.

Australia was founded as a society effectively free of the two oldest and most entrenched social institutions in Europe, monarchy and aristocracy. Of course the British monarchy was still represented though the Governor and aristocracy in its broadest sense in a social inevitability, the fact remains that Australia’s white population was almost exclusively made up of ordinary working class men and women. Australia’s development for 200 years was very much, and remains, influenced by this.

As early as the 1830s a unique pride began to brew in people of Australian birth. Indeed, a patriotic duality of Australian birth and British heritage came to dominate the Antipodean colonies. Our oldest newspaper, The Currency Lad, displayed this sentiment when calling for Australians to insist upon their rights and liberties on 23 February 1833:


"COUNTRYMEN! – We call upon you – the blood of your ancestors calls upon you for a sacrifice! Will you be slaves? Will you – in this land – the land that gave you birth – allow the demon of despotism to prevail? No countrymen! Others may droop – others may cringe – others may fear – but the sons of the soil, will now show 'the mettle of their pasture'."

The message was clear, those born in Australia, the “sons of the soil”, would not be bullied or dominated, they would not be treated as the inferiors of British subjects in England.

It is unsurprising that Australia is one of the oldest continuing democracies in the world. The rule that power must ultimately be wielded by the people seemed self-evident to a people so unaccustomed to the ancient privileges of lords and counts and barons and earls. Democracy was normative in the Australian colonies by the 1850s. When debating the form of the New South Wales constitution there were some who sought to introduce hereditary seats in the Upper House so as to simulate the English House of Lords. This plan was deemed the “Bunyip aristocracy” and was rejected as un-Australian. Daniel Deniehy explained in 1853 to a huge crowd in Circular Quay the principles on which this land would be founded and devoted. There would be only one aristocracy for the Australians:

A study of Australian history is proof positive that when ordinary men and women band together for their common good great things can be achieved. It is not for kings and lords to bequeath freedom, rather it is something the working class can demand and obtain. That is the message of Eureka. The little revolution of 1854 is today considered minor, barely noteworthy, at the time its fame was such that Karl Marx congratulated the spirit of freedom that defined the colony of Victoria:


"We must distinguish between the riot in Ballarat (near Melbourne) and the general revolutionary movement in the State of Victoria. The former will by this time have been suppressed; the latter can only be suppressed by far-reaching concessions. The former is merely a symptom and an incidental outbreak of the latter."

Marx has succeeded where so many Australian history students have failed. Although the event itself was minor the spirit behind it was behemoth and nation defining. Australians will have freedom and liberty, peaceably if we can, violently if we must.

Is it any surprise then that it was Australia rather than Manchester that saw the dreams of the Chartist movement realised? Is it any wonder that a people, so devoted to freedom, equality and the dignity of the working class should be a world leader? And it is true, Australia led the whole world in instituting democratic freedoms. We were an example to England rather than them to us.

It was Australia who introduced the eight hour working day while the mines of Wales were still littered with children’s corpses. It was Australia who protected its working class from the bourgeoisies by revealing the secret ballot to the world, which was in fact known internationally as the Australian ballot. It was Australia in 1902 who allowed her women to both vote and stand for federal parliament, paving the way for American and European suffragettes who still dreamed of a real democracy.

Like all countries Australia has its faults. I don’t for one second try to hide the shameful treatment of the Indigenous people of this country, the unjust wars we have participated in or anything else. Yet Australians, in their classically laid-back way, tend to ignore their achievements. We sometimes think that we are a nation who rather by luck and chance grew into a great country. This view fails to acknowledge the many great Australians whose hard work and commitment to freedom and democracy have shaped us.

Australia like all countries is an imagined community. And yet imagined communities have real power and real potential to unite diverse people. Australians should take pride in the country in which they live. Perhaps we have less cult figures that we honour, but that is simply a reflection that our most significant and lasting achievements were made by the collective not by the individual. We are a nation committed to the collective good and in many ways epitomise that great and revolutionary word with which we describe ourselves, a common-wealth. Australia is no place for racism, jingoism and xenophobia. The last thing I support is a spirit of superiority over other nations, simply that we love and take pride in the place we call home.

I have had the privilege and joy of traveling the world several times and I never cease to be amazed by the beauty and diversity that makes up out world. The history and majesty of Europe has taken my breath away as has the power and passion of America. The ancient wonder of Asia and the simple beauty of life in Africa has stirred me deeply. For all the glory of the world, however, I would not trade the country of my birth. This sunburnt land is dear to me and I will always love Australia above all.
AUSTRALIA AUSTRALIAN HISTORY Benjamin Jones Commonwealth Games Daniel Deniehy Equality Eureka stockade Karl Marx Monarchy
Recent articles by Dr Benjamin T Jones