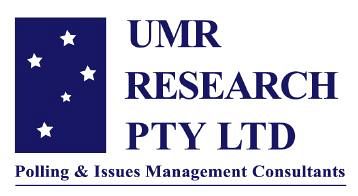 For the first time, the summary of the research on attitudes towards an Australian republic done by UMR Research in October last year has been released, including UMR's detailed methodology.

IT SHOWS 59 per cent of Australians support an independent Australian republic, as well as many other interesting findings.

The survey also reveals, for instance, that Australians greatly prefer direct election, they can't stand the thought of Prince Charles as Australia's head of state, are not normally terribly knowledgeable about the Constitution,  don't follow the news overmuch, prefer a minimalist approach to constitutional change and thought that the last referendum failed because it had the wrong model.

Read the summary of the report below:

Attitudes towards an Australian Republic - summary

Survey Fact Sheet
This report presents the findings of a survey conducted by UMR Research amongst 1,000 adult Australians in October 2009 with the purpose of gauging the mood and views across the nation about becoming a republic and aiming for a second referendum on the issue sometime during the next parliamentary term.


Amongst those who oppose a republic, 76% favour a direct election model.


Recall of 1999 – most accept that the referendum failed because the wrong model was put forward.


Many have very little constitutional understanding about our head of state.