Another Queen’s Birthday passes by

By Sarah Brasch | 10 June 2013, 11:08am | comments |
Every year, republicans watch the Queen's barge slowly passing by at this time of year, writes Sarah Brasch, and pretty soon we will be celebrating the King's birthday.


EVERY YEAR, republicans watch it “passing by” as Bob Menzies famously put it in 1963, quoting Elizabethan poet Thomas Ford (d.1648).

That was nine years after he wrote in a Sydney newspaper:

'...the common devotion to the throne is part of the very cement of the whole national structure.'

Thankfully, things have moved on.

Before the last election, then Attorney-General Robert McClelland said three referendums were under consideration: the republic and both recognition of both Indigenous peoples and local government in the Constitution.

The Prime Minister was quick to declare that she would be an interested participant in the republic debate, whenever that might be. So, that was the end of it.

The other two topics fared better. Thanks to Tony Windsor, there will be a vote on local government on 14 September. We are, at least, going to get the referendum feeling again —
heart-in- mouth over a majority of votes in a majority of States; how well, or badly, the YES and NO cases are put. 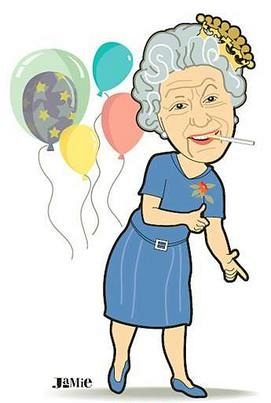 Officially, the republic is off until Elizabeth II dies because we love her so much and because there is an annual holiday for her birthday. They don’t even have one in the UK.

Peter Beattie almost outdid himself late last year (The Australian, 17 November 2012) saying that the republic is on hold because women rule – first we women have heard of this – putting the Queen of Australia at the top of his list.

We couldn’t remove her, a mortal who causes people of sense (but always male) to swoon and lose their reason — one among many of the Queen’s superlative qualities that we heard much of last year. Beattie’s awe drew no criticism.

But still the republic lurks, making regular public appearances. To the unending annoyance of our politicians with their own mantra “not while the Queen is alive” and barely concealed motives to retain power, it is a crowd and media favourite.

The Anzac Centenary is due to take another bite out of the republic’s popularity as we drown in well-funded sentimentality with a military flavour from 2014 to 2018.

Fighting for the King of the British Empire – in a failed campaign in Turkey at the behest of British politicians and generals should start ringing bells as some things get laid bare for all to see: it was men only – the handful of Aboriginals at Gallipoli were not even Australian citizens; not everyone is related to the combatants — or if they are, not necessarily on the right side!

Eventually, the appetite for WWI will dull because its story does not have a discrete goal, a proper ending, nor is it about the future.

The Anzac Centenary will not produce equality and better democracy.  We want both, not to mention more talented, more honourable politicians with fairer policies and better ideas, more in step with the population, who talk sense in plain English and spend our taxes wisely.

Our identity as ex-British subjects imbued with fair go, mateship and rejoicing because we are young and free, will not give us a republic. That stuff is so male and so stale. Rather, a republic will help create a new national identity.

This is an endeavour Australia shares with all former British colonies now confronting the confusion of multi-ethnicity along with notions of self and institutions (including Constitutions) that do not gel anymore , let alone represent their mixed populations with such disparate values. 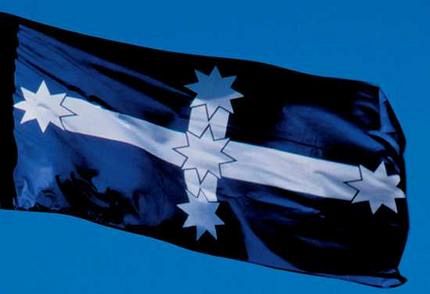 Usefully, “the national story” is already shifting to Eureka, having its 160th anniversary next year and to our 19th century narrative of nation-building. It is still blokey but, unlike Gallipoli, there were women and other races on the barricades and doing their bit against a backdrop of rampant Indigenous dispossession, destruction of land and culture. We will have to seriously come to grips with that before much longer, before we get to a republic.

Another mortal, Malcolm Turnbull, relaunched the republic campaign in Sydney a few weeks ago as “the face of the republic”. Still an establishment, Anglo, male look. Turnbull has no time for direct election and constantly talks down an unrefined version made to appear dangerous (it isn’t). He is stuck in the last century and needs to move on.

The system used in the Republic of Ireland is very good, delivering three excellent Presidents since elections started in 1990. Australians do not yet understand how satisfying it will be to have an operational head of state. Ireland’s presidential selection system is also an example of lively, interesting democracy that engages all voters.

It is amazing how many people there are in Australia today – and not just women – who think a republic and/or direct election must mean a US style president and head of state elections, the way the Americans do them. Neither was on our table in 1999. They never will be.

That brings us back to the staid British. They gave us a good system of government, but it desperately needs improving. We must decide to be free of our colonisers to achieve that.

Time waits for no one as, once again, we stand mesmerised watching the Queen’s barge sail slowly by on her birthday.

Before long, it will be the King’s Birthday holiday long weekend.