David Donovan speaks about his experiences growing up with Indigenous Australians in Central Queensland during the 1970s and 1980s.

INSTANCES of racism and discrimination are, when they happen, sad and dismal events to behold. It is not surprising then, perhaps, that people rarely speak about them afterwards, but will often brush the memory under the carpet — try to pretend they didn't notice, or that what they just saw didn't really happen. It is our duty, as honourable people, to speak out when we see unfairness and poor treatment of our fellow human beings. So, to that end, let me tell you a story about my early life growing up in Central Queensland.

I was born in 1970 in Rockhampton and grew up on a cattle property north of Dingo, located about a hundred miles – as the crow flies – west of Rockhampton. My father, whom I have written about in another post, spoke so glowingly about Aboriginal people in his stories from his time in the Kimberley's during the 1950s that, as I grew up, I naturally thought fondly of them. Then, when I started at the small, 20 student, state school near us, I found there was an Aboriginal family there, and that they were better dressed, much more polite and far better behaved than any of us white kids. We also played school sports carnivals against the kids up the road at the Woorabinda Aboriginal Community and everybody always got on fabulously well. Race never seemed to be an issue — at least not as far as I was aware. The fact is, I had nothing but good thoughts about Indigenous people before I started high school — children are not born racists.

There was no high school in Dingo, so in the mid-1980s I was sent away to board at the local Grammar School, which was one of the best schools in the region. Gradually, I became aware that a significant amount of discrimination towards Aborigines did, in fact, exist in the community. There were few dark-skinned children at this school, and the ones that were all seemed to come from Papua New Guinea. Whether it was a policy of the school, or whether they simply couldn’t afford the tuition, Aborigines were not a part of this elite school’s make-up. In retrospect, it seems obvious to me that some sort of programme should have been in place to redress this imbalance.

In the city of Rockhampton there did not seem to be jobs for Aborigines in the 1980s. You would not see them serving in shops or restaurants, or working in the streets. Instead, many were homeless, living near the river or in other squalid conditions. In the main, people did not publicly discriminate against Indigenous people, this was accepted to be unacceptable behaviour even in the 1980s. But often, quietly, in private, you would hear otherwise respectable people privately describing Aboriginal people as being dishonest, unreliable, lazy, dirty, smelly, or stupid. Normally, they wouldn't call them Aboriginals either, but rather “abos” or even occasionally some form of derogatory racial epithet more often associated with the American Deep South. And like the Deep South, Rockhampton had a strict segregation policy – enforced by the hoteliers themselves – of “white” and “black” pubs. I have not been back to Rockhampton for a long time and I fervently hope this is no longer the case.

After school, but before going to university, I did a week’s work experience at a Rockhampton law firm. One morning the partner told me was to attend the Magistrates Court and observe the cases there, just for my general edification. That morning, a depressing 95% of the accused persons fronting the magistrate were Indigenous Australians. Most were in a dishevelled state and almost all were on minor charges stemming from alcohol abuse, such as public drunkenness, disturbing the peace, public nuisance, vandalism or minor assaults. Many seemed disoriented and some were angry and incoherent, yelling at the judge. And when you looked into their eyes, all you could see was hollow despair. 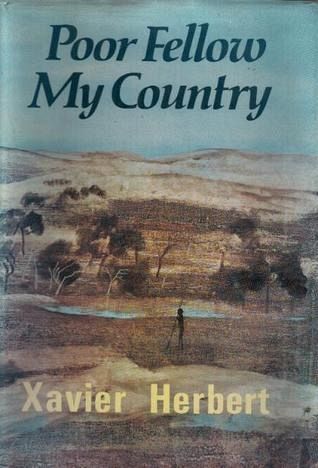 After the week was over, back at the family farm, I began to read Xavier Herbert’s Miles Franklin Award winning masterpiece Poor Fellow My Country, which he dedicated “To my poor destructed country”. I read of the story of the white man’s treatment of the First Australian’s since colonization: the casual callousness, the inhumane conditions, the way we have treated Aborigines as sub-human or non-human, the stealing of their children, the expectation or even desire for them to die out or be subsumed, the dispossession of their land, the diminishment and destruction of their culture — a shocking tale of woe. The book, like my father’s stories, struck a chord with me so much I eventually named my son, with the permission of his mother, Xavier.

On the property, we had caves that contained aboriginal art and would stumble across artefacts now and again, but no Aboriginal people ever roamed our property in those days. Dad did go out of his way, it must be said, to employ Aboriginal fencers, though I recall they usually treated him – to his intense discomfort – with cringing subservience. I gradually became aware that, even with his good intentions, our family itself had played a part in the alienation of Aboriginal people from their heritage and sacred land and left them with next to nothing in return.

Into the present day, whilst I know the battle at home for Aboriginal people to gain recognition and respect has been a long and tortuous one, I am now filled with hope. The Aboriginal people I saw in the Courthouse that day in 1987 – the ones that the town people looked down upon and would never employ – were only ever a minority of the Indigenous population in Rockhampton (though I hope and trust there are fewer living in that state these days). They were just the ones that had lost all hope. When you feel you have nothing to live for, no prospects and even your way of life has been taken away from you, the only avenue left is abject despair. People drink to dull the pain. Despair does not discriminate by the colour of one’s skin. 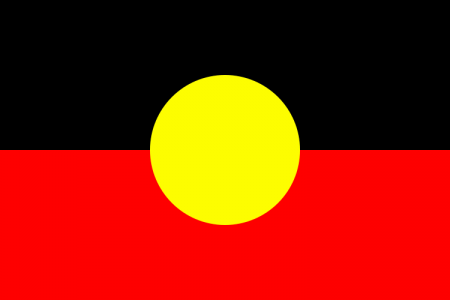 This is one reason why we must properly recognize the First Australians in our Constitution — Australia’s most important document.

Even if the inclusion is mostly a symbolic gesture, this gesture is sure to have great power over time. Like the stories told by my father, our national story has the power to make our children learn the values we would wish them to hold.

The Aboriginal people of Australia have, since white people arrived on Australia’s shores, struggled to achieve fair treatment, compassion and equality. It is a struggle that is far from being over. By recognizing Indigenous Australians in our Constitution, we appropriately honour them, and every time we stand united as a people and honour our First Australians, we provide an example to our children that shortens Aboriginal Australians' journey from devastation to hope.