A day off for the Melbourne Cup 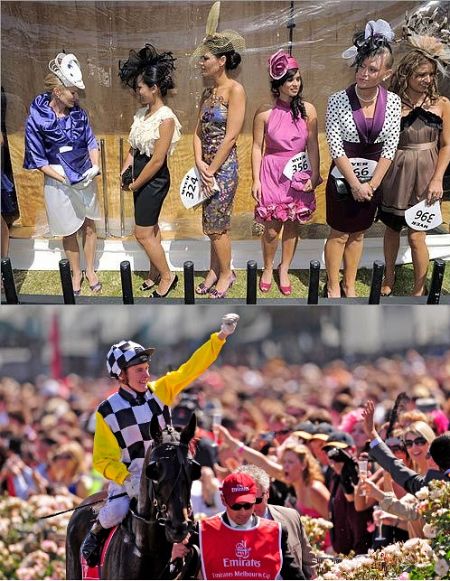 The Queensland Government is reviewing the spread and allocation of public holidays in Queensland. Holidays observe important public occasions like Anzac Day and Australia Day but they also give workers and families a chance to rest and have fun together. They let us all balance our work and family life better. When the government chooses holidays it needs to consider what best suits community, family and industry needs, as well as what happens in other states. But what culturally significant thing do Australians do on the Queen’s Birthday? If we’re going to move a public holiday to the second half of the year it should be the pointless Queen’s Birthday to ‘the day that stops the nation’, Melbourne Cup Day, writes history editor Dr Glenn Davies.

Queensland is the only state where there are no state-wide public holidays between mid-June and late December. The current proposal from the Queensland Government is to move the Queen’s birthday public holiday to the second half of the year from 2012, ideally to September or October.

Last Monday during the Queen’s eighth visit to Queensland, roads were closed, bridges were blocked, buses re-routed and the Brisbane River cleared when she visited for the first time in nine years for a whirlwind visit of just over four hours.

The Queen may have opened the 1988 World Expo at South Bank and closed the 1982 Brisbane Commonwealth Games, but last Monday during her 4.5 hour whirlwind trip of Brisbane, a crowd of 45,000 people crammed into Southbank to see her step off a CityCat at the Cultural Forecourt at Southbank. Every open space at South Bank was packed for the occasion. There was even a ‘mooner’. But I wonder if someone had reminded her that she could vote. When she was in Brisbane would have been the ideal time to complete the online survey on moving the date for her public holiday birthday in. Perhaps during a bit of downtime while cruising on the Brisbane River between Brett’s Wharf and Southbank? The online survey closed on 31 October 2011.

While the Queensland Government is responsible for setting the dates for all state-wide public holidays, there are only two – Labour Day and the Queen’s birthday – that have the potential to be changed. However, Labour Day has special significance for Queensland because of its links to events in the labour movement of the late nineteenth century. One of the first Labour Day processions in the world was in Barcaldine on 1 May 1891 and the public holiday has been celebrated in Queensland on the first Monday in May since 1901. Labour Day is celebrated by workers across the state and May 1 is deeply ingrained in Queensland’s history as a day to recognise workers’ rights.

After Queen Victoria’s death in 1901 there was a call to remember her long reign. The result was the creation of Empire Day. On 24 May each year, Victoria’s birthday, an annual commemoration was held which was directed especially at school children to promote loyalty among the dominion countries of the British Empire. This day was celebrated by lighting fire-works in back-gardens and attending community bonfires. In 1958, Empire Day was renamed Commonwealth Day. However this is no longer celebrated within the Australian community.

Premier Anna Bligh said all holidays, except for the Queen's Birthday, marked significant dates and were punctuated with official ceremonies or significance.

"Unlike other public holidays, it's not celebrated on a date that is particularly meaningful," Ms Bligh said.

She’s right. Other public holidays are on dates of significance. Australia Day (26 January). Tick. Anzac Day (25 April). Tick. Labour Day (1 May). Tick. Easter. Christmas. Tick. Tick. Queen’s Birthday…errrr? It’s not celebrated on the correct date and there is no official ceremony or community engagement around it. So, rebadging the public holiday in early November to celebrate a day that has a long history in Australia and is part of the fabric of our nation makes a lot more sense.