A current affair to remember

Debbie Overell, as director of the last daily Queensland 7.30 Report, looks back at a time in Queensland when looking beyond the news was more powerful and persuasive; and more readily available.

DO YOU REMEMBER a time when state based TV current affairs would be ritual home viewing on any weeknight? Have you noticed in these time slots there are now networked shows?

Over the years, the ABC Brisbane News and Current Affairs department uncovered many controversial issues that had widespread ramifications across the state.

The famous Fitzgerald Inquiry had its reason for being due to some far reaching current affair research from ABC Brisbane leading to Four Corners: 'The Moonlight State'.

During the late 80s to the mid 90s, The 7.30 Report was ABC Queensland’s weeknight local current affairs program. On a nightly basis, it was the “must watch” TV program to find out what was really happening in state and local politics at the time. It wasn’t a program offering a quick news grab; it was a true investigative current affairs program with daily live crosses, debates, and interviews. The Queensland 7.30 Report offered viewers a visual insight into how their political representatives conducted themselves when put in the hot seat in a daily live format. 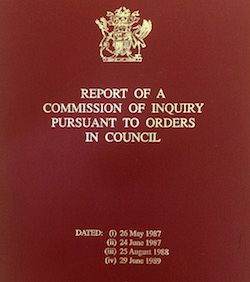 It was axed to make way for a national edition hosted by Kerry O’Brien, but a local political story was not always of interest to a national audience. A weekly local current affairs program went to air on a Friday night, but as good as it was could not cover the magnitude and immediacy of local daily issues. Even that has now gone.

Radio was to take over as a source of current affairs information over the ensuing years and various radio personalities filled some of the void. This was particularly evident leading up to the last state election when 4BC aired Alan Jones in Queensland, and it is argued, may have had some impact on the result.

Print was also another avenue. Much debate has occurred about what pressure is applied to great investigative journalists in their story telling depending on corporate directives. What vested interests dictate what angle a story takes?

It is fortunate that independent online current affair resources have filled more of the gap. It has become an avenue for a growing number of frustrated people who just want to read more on a regular daily basis about what is happening behind the news.

Why is it important to have local current affairs?

Queensland has the only State Government that does not have an Upper House. Decisions that are made without closer scrutiny, could be problematic with unbalanced party representation at the legislative assembly level. Someone always needs to keep a watchful eye and report in comprehensive detail. The electorate should keep this in mind when a referendum is presented to Queensland voters this month. The State Government is asking the electorate to vote 'YES' or 'NO' for a four-year term to bring Queensland into line with other States. 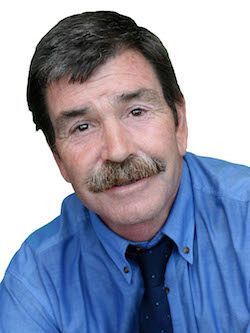 What about current affairs at a local level?

Australia’s sixth largest city, the Gold Coast, is facing a local council election on 19 March. Voters are looking around for televised information and in-depth analysis of local issues and are left with no state based TV current affairs that can cover what is happening on the Gold Coast. Do you really know everything about a candidate who wants your vote; or do you just accept what they tell you?

What investigative in-depth analysis is there available to a Gold Coast audience? In my opinion, not much — other than the online site where you read this story and some excellent local radio commentators such as Kent Bayley on 4CRB.

Let us hope that as the Gold Coast is forced to diversify its economy, a wide choice of investigative visual media outlets come to light to feed the hunger of a community who tires of staged stories and ribbon cutting.

We have excellent universities on the Gold Coast producing great trained journalists and brilliant media production professionals. It would be highly advantageous to have a local visual outlet to hone their skills in current affairs.

Technology has also advanced where live streaming has now become accessible and available to a wider audience. Putting all these elements together means there could be a brighter future for the wider viewing public who crave to see more than what a politician wants you to see.

I will leave the last word to Michael Beatty (pictured above), one of Queensland’s iconic journalists, to sum up his thoughts almost a decade ago on the demise of Queensland TV Current Affairs. Sadly, not much has changed, yet!

“The Queensland 7.30 Report's ratings were the highest in Australia, with Queenslanders grimly trying to hang on to their last bastion of informed debate.”

The most dangerous detective in Queensland history: Almost three decades ago, the Fitzgerald Inquiry revealed ... http://t.co/X1bzoBEJbf

A current affair to remember

7 March 2016, 7:00am Debbie Overell, as director of the last daily Queensland 7.30 Report, looks back at ...
Join the conversation
comments powered by Disqus
News updates