The story of Joko and Alwy 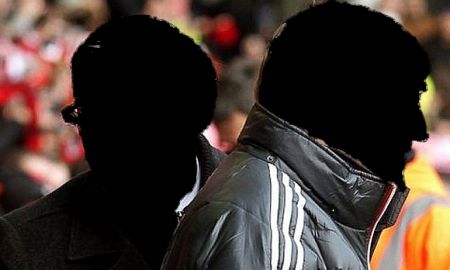 As a player, Joko had been much feared. A niggler, rather than a hitman, many opponents finished the game with sore ribs or mysterious pains in the lower back or ankle. Despite this, he had never been sent off and earned a number of international caps. Now, as a manager, his style was similar: his players were noted for close marking and dogged defence rather than originality — “our job is to stop the opposing team scoring,” was his favourite saying. He was plausible in public, always ready to provide a quote or buy a drink for a journalist; people didn’t like him, but admired his success.

Jones was different, both as a player and a manager. For one thing, he was from a Caribbean background. He was always known as Alwy, short for Alwyn it is thought, though no one was quite sure. As a player, he was immensely talented and won many a game through his brilliance. He was much loved on the terraces, surprisingly so in a sport where non-whites are suspect.

Shortly after Joko took charge of City, Alwy was appointed manager at their cross-town rivals Rangers. If the truth be told, he was not a great manager, partly because his type of play was instinctual and he lacked the kind of analytical mind that the modern game needs. He had better players than City, but they did not work well as a team. There seemed to be small tensions, things that most supporters would not notice, but the media picked up on them or imagined them and used them to fill column inches.

So it came to the annual derby, City v Rangers — the first for both managers. In the lead-up, Joko had been his usual outgoing self, hail-fellow-well-met, meaningless platitudes about the virtue of 4-2-4 over 4-3-3, and how it was good for the town that the two teams were able to play a game of football rather than riot in the streets. Alwy had little to say, and what he did say was barely reported.

It was a home game for Rangers. The supporters of the two sides were segregated, the visitors behind the goals at each end and the home fans filling the main stands. As Joko was about to take his place in the dugout, he gave a very public one finger salute to the noisy home fans in the stands behind him.

Anyone who knows anything about football knows that when we describe it as a sublimation of tribalism, we are not exaggerating, and such a flagrant challenge to the Rangers supporters was highly provocative; here was the boss of prosperous City giving the bird to the supporters of working class Rangers.

The game was undistinguished, drifting to a scoreless draw with much effort from both sides, but little skill. Then, with ten minutes left, to cheers from the stands and boos from behind the goals, Alwy brought on Norman Hunter. A ferocious tackler, now nearing his use-by date, he had been sent off more than once in his long career. “Norman bites your leg,” used to be seen on banners in his heyday.

Anyway, to cut a long story short, Norman was involved when the home team scored a goal in injury time to win the game. In the way of this particular sport, he and his team celebrated lasciviously right under the noses of the fuming City fans as the referee blew the final whistle.

There was fighting as opposing supporters were leaving the ground. It wasn’t quite Egyptian in its ferocity, but at least a dozen people spent a few hours in the casualty ward of the local hospital. Some of the Rangers fans used the fracas as an opportunity to put manners on Joko for his finger salute and attacked the visitors’ dressing room. It was touch-and-go for a while, until Alwy and Norman Hunter came out of their own room and calmed them down — a chance to shake hands with their heroes took away much of their fury.

The investigation by the authorities was desultory at best. Joko denied having given the finger, saying that he was only fixing his tie. In fact, he blamed Rangers for the trouble; specifically, he asked that Alwy’s role be investigated, implying that Hunter was brought on to start trouble. Alwy, not the most eloquent of speakers, just laughed off the suggestion, but Joko kept at it in his plausible, smiling way, until people wondered if there was something in it.

The latest we hear is that Rangers are upset with Alwy and may replace him. Some of their more redneck supporters approve, and mutter darkly about the wisdom of having a manager who is more suited to rap or basketball than to football.