SUBSCRIBE   DONATE LOGIN SHOP
SUBSCRIBE   DONATE
How we prevented a Morrison dictatorship
How Howard screwed the Libs
U.S. site tries to ruin what makes fairy bread great
Bloody Idiot of the Week — Episode 28: Get used to it
Morrison's 'politics of retribution'
Humour

Shooting as part of the school curriculum - what a good idea

The Shooters and Fishers Party in NSW deserves commendation for the proposal to introduce training in the use of guns into the school curriculum, says Frank O'Shea. 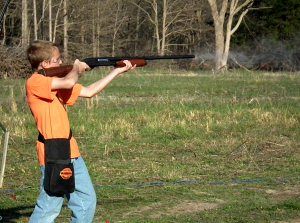 The Shooters and Fishers Party in NSW deserves commendation for the proposal to introduce training in the use of guns into the school curriculum. It is this kind of forward thinking that has placed Australia in the forefront of the modern ideas revolution and shows up the selfishness of the well-paid researchers marching for money in our capital cities. Real progress does not come from pipettes and beakers but from advanced thinking — Einstein never invented anything and did all his experiments in his head.
Those countries which have had school shootings in recent years – America, Brazil, Holland – will look with envy at our schools and will question whether their students would have been safer if they had concentrated more on gun etiquette and less on smelly chemicals. It is a well advertised fact that guns do not kill people; people kill people. There is no equivalent argument for hydrogen sulphide — and it smells awful.

There have been unseemly disputes on sports fields when teams from government and non-government schools clash in athletic contests where physique, muscle and tattoos are prized more highly than finesse. Put these same schools in a contest where they have guns and are properly trained in their use and you will have a wonderful afternoon’s entertainment. Each school could fire bullets marked with the crest of their school, Latin in the case of the non-government sector and the vernacular for the other side.

Australia is fortunate in having vast areas where nothing lives except a few possums and frogs with funny names. Schools would be able to take over these areas and turn them into shooting galleries, perhaps with targets painted on vegetation or on the huge trees that dot the landscape in wasteful profusion.

This would have the effect of turning the young away from violent video games and giving them the opportunity to shoot real bullets instead of virtual ones. The excitement of the activity could be greatly magnified by using appropriate sounds, depending on where the bullet struck the target. The psychological benefit of hitting a target at 100 metres would be immensely greater than moving to a higher level in a video game.

Besides, the introduction of shooting as a school sport in NSW was estimated to cost only $1 million a year. Contrast this with the money that has been poured into providing computers and the ongoing cost of maintaining networks and ensuring that the little dears do not find ways to access at school the more interesting sites that they have found at home.

To return to the NSW Shooters. If their suggestion was taken up, it might be an encouragement to revive the cadets that were a feature of schools 40 years ago. That organisation with its pretend officers and NCOs gave the students a feel for life outside the school gates where some people are more important than others. Students who went to Duntroon in those days were never found guilty of the kinds of misbehaviour we have been hearing about recently because they had been through it all while at school.


The MP whose photograph appeared in the Sydney Morning Herald a few weeks back should be presented as an appropriate model for the young. He had risked his life to shoot the massive elephant protected by nothing but a gun, telescopic sights, a four-wheel drive and a photographer. That the animal was so much bigger and heavier and had those huge tusks showed the man’s bravery. The photograph was a reminder of where we humans are in the evolution chain and though we might have thought that such pictures went out with colonialism, it is good to be reminded that we have not cut all our ties with the past.

And isn’t it refreshing to see how the fishers have joined the fight against government interference in the lives of peaceful citizens. The solitary fisherman immortalised by W B Yeats – “this wise and simple man” – has long been the poster person for tranquillity, for sport as a way to commune with nature. The government should not attempt to interfere with this bucolic view of the world, and the shooters are to be commended for helping out the fishers.

Has anyone worked out the cost of introducing fishing as a school sport?
EDUCATION education fishing Frank O'Shea NSW politics Satire
Recent articles by Frank O'Shea