How will O'Dwyer fare in Higgins?

ONE OF THE MOST talked about seats in the federal election is the inner city seat of Higgins in Melbourne.

The seat is said to be a tight three-way contest between the Liberal, Labor and Greens Parties. Currently, however, Kelly O'Dwyer holds the seat with a comfortable margin of 9.9 per cent.

The campaigns run by Kelly and her two challengers have been quite stark in their differences.

Sitting Liberal Member Kelly O’Dwyer has concentrated her efforts on the end of town where she has the most support and has strongly aligned herself with the anti-skyrail NIMBY group, brushing aside criticism that this is a state issue. Looking at the O’Dwyer campaign it is clear that there has been no expense spared.

Whatever anyone says about O’Dwyer, you have to give it to her for sheer front. While many are screaming out for a Royal Commission into banks, Kelly has the NAB sponsor her fundraiser. While debate rages about negative gearing and housing affordability, Kelly has the real estate agents paying for her corflutes and advertising on them. 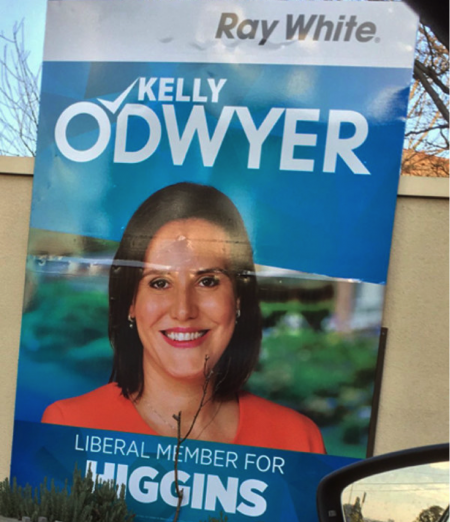 Just like O’Dwyer, Jason Ball of the Greens has had a lot of money and resources to throw at his campaign. While the Greens like to refer to the Ball campaign as a grass-roots campaign, nothing could be further from the truth. It is a hugely expensive stage-managed production that includes billboards and paid polling. The best "grass roots" money can buy it seems.

Ball himself is seldom heard from — instead, Di Natale does most of the speaking for him while Ball stands beside him like a nodding mute.

Ball seems to have placed an awful lot of emphasis on being a gay footballer. At one point, there was an alleged homophobic vandalism attack on Ball's campaign office — a claim many take with a grain of salt. Ball and his campaign team could have gone to the police and sought CCTV footage but instead they decided to go to the press and put the Greens PR machine into action. Many have recalled Adam Bandt also seeking sympathy on alleged vandalism attacks during his campaign, when he was first elected.

Another gay footballer, who actually played a higher grade of football than Ball, is the Labor candidate Carl Katter. However, Katter has campaigned on issues that affect residents in the electorate and not on his sexuality.

Another thing Katter and Ball have in common is that Katter was courted by the Greens' Adam Bandt and Sarah Hanson-Young before joining Labor in an experience he has described as eye-opening. 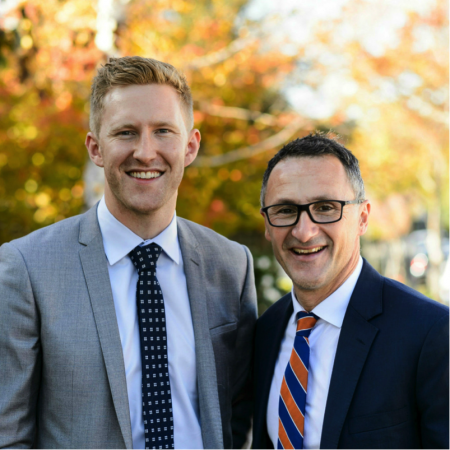 If there is a grass-roots campaign of the electorate of Higgins by a major party it is Katter's. No billboards for Carl, just a lot of legwork and trying to meet as many locals as possible. Arguably, Katter has been the most visible of the candidates in the community as opposed to TV appearances, billboards and bus shelter posters.

Katter has stuck to Labor's policies and campaigned hard on them and, of the major parties, he is currently the only one campaigning on policy in Higgins. The Greens focus being the protest vote and cannibalising the progressive vote of traditional Labor supporters, while the Liberals have concentrated on looking after the big end of town.

These are, of course, not the only candidates in the electorate. There are eight candidates in total. These include Derryn Hinch’s Justice Party, the Nick Xenophon Team, Marriage Equality Party, Liberal Democratic Party and the Animal Justice Party.

With Fairfax publishing controversial polling commissioned by the Greens in a bid to rally support and gather momentum, I thought I would rock up outside pre-poll and do some exit polling myself and see how it stacked up with the results the Greens purchased.

I stood outside pre-poll on a freezing morning last Thursday and asked 206 voters who they had voted for.

When I was there, runners Robert Kennedy of the Liberal Democrats and Liberal sitting member Kelly O’Dwyer were also there to greet voters. 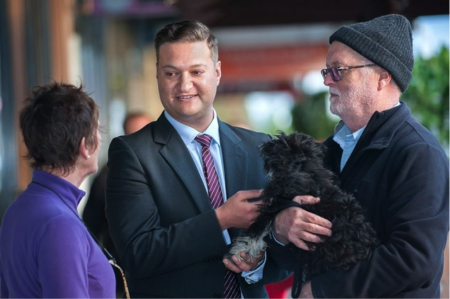 As for street exposure, voters were greeted by a sea of blue and green corflutes with what appeared to be a childish and pointless competition to see who could put up the most A-Frames and who could stumble out into the cold earliest to lock in the prime positions. A member of the Greens team was constantly in the garden picking up signs as they blew over, or chasing them down the street as they blew into parked cars and pedestrians and threatened to blow into oncoming traffic on a busy road. A worthy use of time and resources, I'm sure.

The results of the count were as follows:

So what does this tell us? Based on these results, the Liberal Party's Kelly O’Dwyer would appear safe.

While Greens and Labor volunteers spoke of the Liberals encouraging their elderly “rusted on” supporters to vote early at pre-poll, that was not my experience. The voters I spoke with seemed to come from diverse backgrounds and various sides of the electorate.

However, what was interesting was some of the commentary from the voters. Most voters who voted Green or Liberal said they voted for Ball or O'Dwyer, whereas Labor voters said they voted Labor rather than Katter.

Issues that didn’t rate a mention:

I found it odd in an electorate which tends to lean hard in either direction, that some left-leaning social policies didn’t rate a mention, whereas many of the right-wing voters came out citing left-leaning economic policy as a reason they voted the other way.

This weekend, however, Animals Australia will attempt to give the Greens a leg up with a last minute rally on live export. The rally is being promoted as a public rally although it is held on private premises. Expect much to be made of the candidates not in attendance, despite less than two weeks notice for a single issue rally on the last weekend of campaigning before the election.

I'm sure there are many different takes on the result, however, mine would be this. Kelly O’Dwyer clearly has public profile on her side and therefore it makes sense that people know her and will refer to her by name. The Greens have spent enormous sums of money and used every kind of media they can to put Ball’s name out there — however, while that has created some recognition it has not translated into votes.

Under fire Kelly O'Dwyer scuttles Twitter joke while Peter Costello rushes to her aid; Katter not Ball is challenger https://t.co/Kf5R5GRn3v

Other commentary included one Labor voter making the point regarding Kelly O’Dwyer:

“How can you have a Minister For Small Business sponsored by the Big Banks?”

The Liberal Democrats voter said he voted that way because of their commitment to block the changes to superannuation.

One lady said she voted for none of them as she didn’t trust any.

This was a sentiment expressed by some Liberal and Labor voters alike — voters who said the parties weren’t really speaking for them anymore and none of the alternatives had anything to say that resonated.

The most excited to vote, that I spoke with, were definitely the Derryn Hinch Justice Party supporters. This could be seen as elation at having a viable alternative to the major parties or the thrill of a protest vote.

One thing, however, that seems to be certain based on the voters I spoke with, Kelly O’Dwyer is highly likely to retain Higgins and remain a part of the Liberal Party's Ministry team.