"Cancel culture" should be used to assist vulnerable communities, by removing influential people from public discourse who regress their causes, writes Carla Bennett.

IN JUNE THIS YEAR, Harry Potter author J.K. Rowling was "cancelled", following comments she had published about transgender women.

Within weeks, stars of the Harry Potter franchise Daniel Radcliffe, Rupert Grint and Eddie Redmayne had all publicly distanced themselves from Rowling. Rowling's own fansites The-Leaky-Cauldron.org and MuggleNet both removed images and references to Rowling on their pages.

"Cancel culture" – a form of public shaming – gets a pretty bad wrap these days. A number of public figures have recently made a point of renouncing it. Rowling herself and jazz musician, Wynton Marsalis both became signatories of an open letter to eschew the practice.

Australian musician and songwriter Nick Cave published his own remarks describing cancel culture as 'mercy's antithesis'. Cave accused the trend of a '... refusal to engage with uncomfortable ideas'.

There can be no doubt that when executed poorly, cancel culture eliminates important social discourse. Recently, in a scathing review of the trend, a friend of mine lamented that we live in a "fervently unintellectual era" and I don't disagree. Academically-informed, compassionate discourse in social spaces seems on the decline.

However, I worry about the nature of social discourse when the topic of discussion leans towards transgender rights, the Black Lives Matter movement or feminist issues. Can we assume that all voices weighing in share an equal validity? Are Rowling's comments about transgender women as valid as comments made by a transgender woman?

When used properly I think that cancel culture can be an important device of social progress in the era of social media. This is where allyship comes in. I want to talk about allyship and how it can inform cancel culture.

Genuine allyship takes many forms, but at its core is a willingness to listen. Allyship holds a megaphone for the voices of minorities. It allows for the disenfranchised to dictate the direction of their social movement as well as the changes they wish to see. It encourages listeners to take direction from these voices and act, based on their needs and values.

Along with allyship also comes a willingness to surrender one's privileges, biases and opinions. It is conscious of power dynamics. It is not only the acknowledgement of privilege but the recognition that privilege has been unequally distributed. It is a petition for a redistribution that would require the relinquishing of one's own privileges. As such, allyship is an inherently self-sacrificing act. It is non-rewarding by nature.

In recent months, I worry that the meaning of allyship has become distorted. It is easily mistaken for a plethora of outrage, guilt, self-righteous rants on social media, as well as shaming others for not sharing one's values. This is not allyship but, rather, performative allyship — and this is where cancel culture fails. 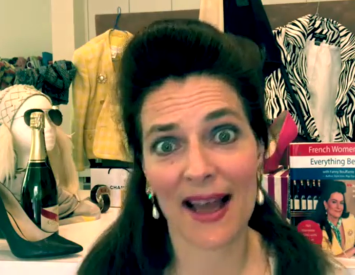 So, how can allyship inform social media's latest fad?

Even before cancel culture became so prevalent, arguments against it existed in the Australian jazz scene. While I was studying my undergraduate degree in jazz performance I was constantly hearing cases made in defence of disgraced musicians.

In an Independent Australia article, I describe the prevalence of violent crimes against women that continues to pervade the Australian jazz scene. One of my points was that women's safety rarely lies in the hands of the perpetrators of these crimes but, rather, in the hands of the men who look upon them with indifference.

Women's safety cannot be assured until action is taken, not only against the transgressors of crimes against women but the men and women who protect offenders also. This is particularly relevant in the Australian jazz scene. 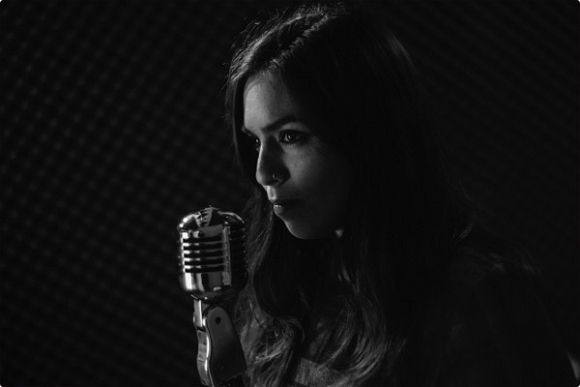 Sexual misconduct in the Australian jazz scene needs to be discussed

Misogyny and sexual harassment are a problem within the Australian jazz scene, similar to that of the world's most powerful political figures.

Recently, Australian trumpet player James Morrison wrote a character reference for his student who had pleaded guilty to indecent assault. The judge cited this letter when explaining his decision to not record a conviction. In this instance, Morrison used his influence to protect a perpetrator facing a criminal conviction.

Much like J.K. Rowling, Morrison has offered a substantial cultural contribution over the course of his career spanning more than three decades. So, when musicians assault women – or in Morrison's case, protect men who assault women – arguments against their "cancellation" become obvious.

I'm not defending him — I'm defending his music! At what point does a man's misdeeds out-weigh his contributions to a cultural scene? Is it right to celebrate the music of men who have hurt the lives of people around them? And by sharing content that depicts Morrison's face and includes his name, does that not become a celebration of the man?

But his music means so much to me! This is just saying that what he gave to you is more important than what he took from someone else — someone who was vulnerable and someone whose vulnerabilities he exploited or overlooked.

Too often, the argument against cancel culture is that an individual's contributions to a social or cultural scene should not go unrecognised. Rowling wrote some fabulous children's books which sparked a multimillion-dollar film franchise — what about her cultural contribution?

This is what I mean when I say that allyship is about sacrifice. Allyship teaches us that no man's or woman's reputation is more important than a person's humanity.

Being in a position to enjoy and promote the work of cultural contributors without considering the ramifications, is telling of the privilege that allyship asks you to relinquish. In the context of Australian jazz, by refusing to "cancel" musicians who fail to ensure the safety of their female colleagues, I believe one fails to support vulnerable people who have suffered through their actions.

By publicly distancing themselves from Rowling, prominent cultural figures have diminished the scope of her influence. Similar tactics should be invoked in music industries to curb the powers that musicians can exert over a scene, once it is clear that those powers are being abused to protect men who perpetrate crimes against their female colleagues.

To be clear, I am not advocating that cancel culture should be used to silence ideas or discourse. I'm saying it should be informed by vulnerable communities and used to remove influential people from public discourse when their words and actions have overshadowed their cultural contributions, and when their discourse is hurtful to minorities or actively regresses their causes.

I believe our personal feelings towards musicians or authors who have contributed something positive to our lives need to be overlooked in favour of minorities who may have been injured in the process.

In the case of the Australian jazz scene, it is about listening to women who have been hurt by males in the industry and removing them from positions of power to ensure further harm cannot be done. Cancel culture is a device that should be used in this pursuit.

Carla Bennett is a Melbourne based writer who is currently studying a Masters of Journalism at the University of Melbourne. You can follow Carla on Twitter @carlabennett00.

Sexual misconduct in the Australian jazz scene needs to be discussed

4 July 2020, 12:00pm Misogyny and sexual harassment are a problem within the Australian jazz scene ...
Join the conversation
comments powered by Disqus
News updates