What has happened to our ABC?

The ABC has imitated its commercial rivals by its unbalanced efforts to belittle and demean the Prime Minister, says Denise Allen. 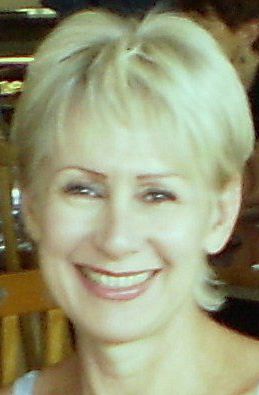 What on earth is happening to our ABC? Lately some ABC journalists are behaving more like their shock jock counterparts from Today Tonight, A Current Affair and commercial radio.

We have always prided our taxpayer-funded ABC on being fair and balanced in every aspect of their reporting. Even when performing hard hitting interviews, the journalist (e.g. Kerry O’Brien) has always, in the past, shown a certain degree of decorum — always challenging and assertive but always respectful.

But lately, the amount of smart aleck – and often  downright rude – comments directed at our politicians – mainly Labor politicians – and especially the Prime Minister, have been quite beyond the pale.

On Monday night, June 11, the Prime Minister fronted a Q&A audience solo, live to air; the second time she has done so, prepared to answer every question thrown at her by both sides of the political spectrum (for some strange reason Tony Abbott has refused to go on the show despite having received six requests).The audience was made of up of Labor 30 per cent, Greens 14 per cent and Coalition 44 per cent — so it was evenly weighted with no overt bias — although, of course, the Greens do not always agree with Labor…

However, during the course of the interview, instead of focusing on policy and the many achievements of this minority Government – including 270 pieces of legislation completed and 310 through the House of reps with only two blocked – and asking the PM to explain the benefits of policy such as the National Disability Insurance Scheme, Aged Care package etc , moderator Tony Jones spent much of the time hounding and sarcastically disputing the PM about a leadership challenge that was resolved six months ago, and that is only being revived by some bored journo when it looks like the Government may be getting some traction against the negativity of  Tony Abbott. By doing so, he – and other journalists who do the same – deny the PM and/or MP the airtime to sell their story.

Instead, it seemed Jones was hell bent on turning it into a sideshow with comments that showed absolutely no respect for the Prime Minister herself, nor the office she holds.

And in another recent one-on-one interview with the PM, Chris Uhlmann from 7.30 was also extremely rude and bullying to the PM — so much so that it prompted former PM Paul Keating to write to the ABC in disgust at the shameful harrying Uhlmann gave her.

Fortunately, on both occasions the PM held her guard and in Jones’ case readily shot back with a quip of her own but none that was thoroughly rude like Jones shot at her.

Craig Emerson Minister for Trade recently ripped into ABC24’s Andrew Geoghegan – and rightly so – for being focused on the trivia rather than why Emerson went on the show…to discuss his recent successful trip to Asia, about the Malaysian Free Trade agreement and the world economy. Many people want to know about these things. But Geoghegan wasted a good part of the interview by insisting on harping on the negatives.

I, for one, have been very frustrated by this Government’s inability to sell their story…and they do have a very good story to tell. Unfortunately, for the most part, when they do attempt to explain their successes it is very difficult to be heard over the cacophony of bleating negativity from the Coalition that is perpetuated by a media that bays for blood every five seconds.

So what has happened for our ABC journalists to now start behaving more like shock jocks from commercial tv/radio?

Do they think they need to be rude and sarcastic in order to impress their audience? If that’s the case they have clearly lost track of who their audience is. They are not the politically ignorant who thrive on hanging on every malicious word of Alan Jones, Ray Hadley, Neil Mitchell or any of the commercial television shock jocks at Today Tonight or A Current Affair…they are the people who like to hear balanced and fair reporting with intelligent probing questions asked of our MP’s…not blatant rudeness and bullying.

Its also interesting to note that of all the media that prides itself on being fair and balanced…not one journalist from the ABC has dared to even mention any of the reporting done by Peter Wicks from IA regarding the extraordinary amount of conflicting information Wicks has been able to uncover on Jackson and Lawler. (Wicks has always provided proof.)

I have sent – twice – this information to Jon Faine of ABC Radio Melbourne. The first time I received no response. The second time I mentioned that perhaps he failed to see the first email so therefore I was sending it again — the response I got then was “Noted…Thanxs”. Still, however, it has never been raised on the occasions the Thomson issue has been discussed — not even on the Friday rap where political issues of the week are thrown open for discussion.

And even though former Chief Media adviser to Bob Hawke, and now host of  ABC Insiders, (as well as former IA contributor) Barrie Cassidy is well aware of Wicks reporting — when discussing the Thomson issue with 3 guest journalists, as recently as last Sunday June 10, Wicks’ in depth reporting was never mentioned.

I can understand why commercial TV and radio don’t mention it – it doesn’t suit their agenda to get Abbott to be PM – but the ABC? Of all supposedly fair and balanced media, I would have thought they would have wanted the people to know there is another side to this story, but no — not a word.

It has got to the point where I, and many people I know, are switching off 7.30 and Lateline because they have become predictable with their rudeness and pessimism. Abbott’s negativity and want to mislead and confuse the public seems to have rubbed of on our ABC.

I just wonder if it has anything to do with the fact the managing director of the ABC is Mark Scott – a former Liberal Party adviser and chief of staff to a Liberal Minister in the NSW Greiner Government? Maybe, maybe not — but one has to wonder.