What everyone missed in the Lee Rhiannon controversy

NSW Greens Senator Lee Rhiannon was pilloried in the press for helping pen a press release In February criticising her own party — but why has it become news now, in May? Blunt Shovels reports. 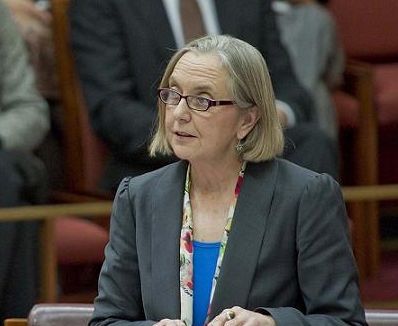 THE recent leak to The Power Index of an internal NSW Greens complaint has sparked a rush of the usual suspects, keen to discredit NSW Senator Lee Rhiannon in any way they can. What is striking about these attacks is that most journalists seem to have lost all use of their basic questioning function.

Other political parties, when leaks are given to the media, are at least scrutinized to some degree and factions/rivalries/internal processes are linked with the credibility of what's being leaked. I am baffled as to why that does not seem to apply to the Greens — and particularly to Senator Rhiannon.

So what are some of the questions that should have been asked by the journalist getting this leak? How about why? Why now, given the original article was published in February. Why is a Green MP leaking an internal complaint to the media, rather than go through internal party processes? Why this MP?

One reason only. To influence the outcome of the current NSW Greens Senate pre-selection contest, in which ballots closed yesterday. Candidates in the pre-selection, including Senator Rhiannon (only in case of a double dissolution election) are forbidden under party rules from speaking about anything to do with the pre-selection, heavily influencing how she could respond to the article. While Greens MP Jeremy Buckingham was not a candidate, his close factional ally Cate Faerhmann was, as was one of his advisors, Justin Field.

Surely this information would have been pertinent in assessing the credibility of the leaked email? Surely the leaker knew the pre-selection rules would severely constrain any response from Senator Rhiannon.

While the rest of NSW has been oblivious to the Greens Senate pre-selection, a lively internal blog had been running — where candidates and their supporters have been playing out a broader ideological struggle over the future direction of the NSW Greens. Candidates have lodged formal protests over each other’s campaign tactics and Young Greens have been resorting to amusing euphemisms on Twitter to get around prohibitions on discussing the pre-selection on social media.

One of the other candidates, NSW Convenor James Ryan, is also part of the Committee of Management who recommended consequences for MLC Jeremy Buckingham after he broke party rules about speaking to the media against official party policy and had to apologise to the State Delegates Council.

The NSW State Delegates Council's discussions of recent events involving State MPs have been fiery affairs by all accounts. But, as evidenced by this Power Index article, and the untenable position Senator Rhiannon was put in by her so-called colleagues, it still seems that some Greens MPs believe they are not subject to the same rules as others. Nor do they understand how insulting that is to the members that put them there.

And given that yesterday, Green MP Cate Faehrmann did win pre-selection for the Green senate spot, it appears as if the damage has been done.