Colonialism was an unmitigated tragedy for the colonised. At the beginning of British rule, the Indian share of the global economy was 23% (as large as all of Europe). When India gained independence 200 years later, that share had declined to just over 3%. Meanwhile, Britain’s share of the world economy had increased by five times.

India is just one of many countries in the Global South whose predicament as an impoverished nation is a result of decades or centuries of extractive, parasitic rule. It is a myth that wealthy nations have earnt their wealth and poor nations have failed to do so.

Rewind to around 500 years ago, before the colonial era, there was very little difference between poor and rich countries. Post colonialism, the difference blew out by a factor of around 40. This is no coincidence. Inequality of this scale, whether on an individual or state level, is almost always the result of oppression and exploitation. 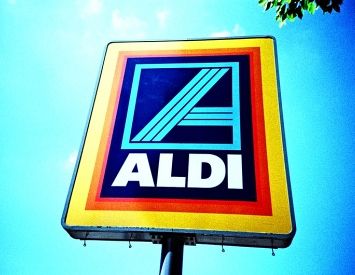 Of course, Australia is another example. The Australian way of life is a proceed of crime and that crime was genocide. We continue to celebrate that genocide every year on 26 January. White Australia has grown rich by denying Indigenous land rights, stealing their resources and labelling that a fair go.

Australia’s richest person inherited her wealth from a man who stated that the “question of Aboriginal land rights… shouldn’t exist” and suggested sterilising Indigenous Australians.

Unfortunately, we are still peddled sympathetic, even romanticised versions of colonialism in Australia. The current Education Minister, Alan Tudge, is intent on changing the curriculum to present a more positive, Westernised history.

Where the injustice of colonialism is acknowledged, it's often accompanied with the provisos that the descendants of today’s colonisers should not be expected to atone for the sins of their forebears (never mind that the descendants of the colonised have to live with the consequences) or the qualification that the conduct of countries can only fairly be assessed by the standards of the time.

The victors write history and unfortunately that’s meant a true reckoning with the injustices of colonisation has not happened. In Australia, it means we still don’t have a treaty with First Nations People or a First Nations Voice to Parliament.

And tragically, before former colonisers have meaningfully atoned for colonisation, they have unleashed climate change on their former colonies and indigenous communities, kicking them down as they strive to lift themselves out of poverty.

Climate change is overwhelming the fault of rich countries and the burden of poor countries. A report by Jason Hickel published in The Lancet in September 2020 quantified national responsibility for damages caused by climate change using an approach based on the principle of equal per capita access to atmospheric commons.

'Just as rich countries have relied on the appropriation of labour and resources from the South to fuel their growth, so they have appropriated atmospheric commons, with devastating consequences for the colonized.'

And yet, 90% of climate change related deaths in the past five years occurred in the Global South.

The climate injustice is startling. Climate change is something rich countries are doing to poor countries.

Africa is, for instance, still recovering from being exploited and then carved up by Europeans. Africa accounts for just 2-3% of global carbon dioxide emissions. However, the continent will be battered by climate change.

The injustice of climate change is recognised. Rich countries promised in 2015 to deliver $100 billion to poorer countries to deal with climate change. Whilst poor countries, especially large emitters, must cut emissions, they should be supported financially to do so. In that regard, the demand by developing countries such as India, which never received a cent in reparations, for over $1 trillion in climate finance was reasonable.

But if anything, the commitment to addressing climate injustice has faltered. Australia is a bitter disappointment, having only made a $2 billion pledge to help developing countries, which activists estimate is a fraction of what is required to reflect its liability.

Our Pacific neighbours, our “family” as Prime Minister Scott Morrison likes to call them, are predictably outraged.

“We Pacific nations have not travelled to the other end of the world to watch our future to be sacrificed at the alter of appeasement of the world’s worst emitters.”

In Australia, we seem to have only really begun caring about climate change once its effects hit our shores on a scale and with a ferocity impossible to ignore. The 2019-2020 bushfires were the turning point.

It's better late than never, but it’s indicative that we just don’t care how our actions are already threatening the lives of the poor and vulnerable overseas.

That’s partly due to the meanness Howard brought to politics, which has intensified in the past eight years. Australia has become a cruel, inward-looking country and one that’s obsessed with this farcical notion that we are underdogs.

We have a gigantic per capita carbon footprint and are one of the largest exporter of fossil fuels in the world. When it comes to climate, we aren’t underdogs, we are bullies standing in the way of progress and trying to blame the real underdogs.

Yet, it is doubtless that when the inevitable floods of climate refugees come to our shores seeking asylum, the Australian government (unless the tide turns for the better in next elections) will be first to slam the borders shut, despite our boundless plains.

They’ll brand these refugees queue jumpers and growl that they ought to decide who comes to this country and the circumstances in which they come. They will say it with a straight face and a sickening moral outrage, overlooking their culpability in the climate change crisis.

They will label these refugees “illegal”, conveniently ignoring that their own power comes from an illegal invasion of a land occupied for centuries, a land over which sovereignty was never ceded and a land whose true owners they have never bothered to make a treaty with.

It’s absolutely urgent that we vote this Government out if we want real action on climate. It’s our single greatest moral imperative. Not just to protect the future for our own kids but to protect the present for Indigenous, brown and black kids who are already suffer the consequences. We may not be up to the task of facing up to what this nation has done in the past, but we cannot ignore what it is doing now.