We don't need CRT, but we need to think critically about race

With conservative politicians governing the nation, it's important for our youth to think critically about racial issues prevalent in our society, writes Professor John Quiggin.

UNTIL VERY RECENTLY, the vast majority of Australians, on both the Left and Right, had never heard of Critical Race Theory (CRT). A few days ago, however, following the lead of several Republican legislatures in the U.S., the Senate adopted a motion proposed by Pauline Hanson calling for the Government to reject CRT from the national education curriculum.

The vote on Hanson is reminiscent of an earlier occasion when she proposed a motion supporting the neo-Nazi slogan “it’s okay to be White”.

The LNP lined up to vote for it, then reversed themselves when they realised just how toxic the associations of this phrase were.

The lessons from this episode don’t seem to have been learned. Even as they echo a meme from the U.S. far-Right, the Government’s business managers seem to imagine that they can treat this as a dog-whistle, audible only to racist Australians. But in a globalised world, what happens in Australia no longer stays in Australia. The New York Times, in particular, regularly covers developments in Australian politics. The fact that the Australian Government is supporting a Trumpist scare campaign is unlikely to go unnoticed or to be viewed favourably.

But that’s a problem for Prime Minister Scott Morrison and his government. The issue facing the Left is how we should respond to all this. 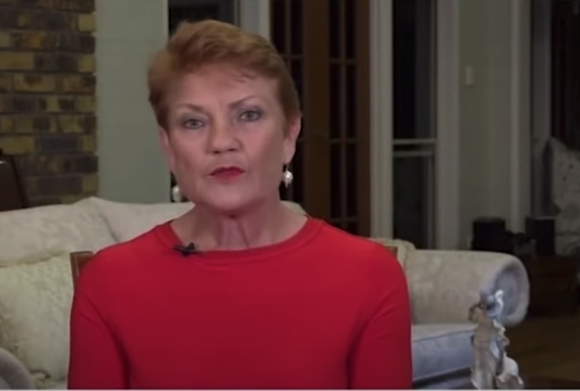 COVID-19 may serve to intensify the pre-existing turn towards fascism, currently inflaming the Western world.

The most common approach has been to point out that those attacking CRT have no idea what they are talking about. In its capitalised form, CRT is a body of academic literature arising out of American legal realism and enmeshed in late 20th Century controversies around the role of Theory (with a capital T) in the humanities. It has never had a significant presence in Australia and has never influenced school education.

This response is the wrong one. Words mean what people use and understand them to mean. Based on its actual use and dropping the capitals, critical race theory means nothing more, or less, than criticism of the way American and Australian society has dealt with race and, in particular, criticism that makes White people uncomfortable. That includes everything from what John Howard called “black armband history” to recent complaints about Channel 9’s all-White advertisement promoting COVID-19 vaccination.

Most importantly, it includes any use of the words “racist” or “racism”. Back in the wake of Keith Windschuttle’s attempt to rewrite the history of Australia’s frontier wars, I observed that there is only one genuine example of political correctness in Australia — you are never, ever allowed to call anyone a racist.

The attack on CRT seeks to extend this prohibition to encompass any discussion of the idea of systemic racism; that Australian policies and society act to entrench racial advantage and disadvantage. Opposition to CRT has been aptly described as “anti-anti-racism”.

Anti-anti racists will generally admit that Australian society was once racist. Some (though not, for example, Keith Windschuttle) might admit that the White Australia policy was racist. Others (though not Andrew Bolt and, again, not Windschuttle) might admit that the child removal policies that created the Stolen Generation were racist. A few might even concede that the doctrine of terra nullius, overturned by the Mabo decision, was racist in both its effects and its underlying assumptions. 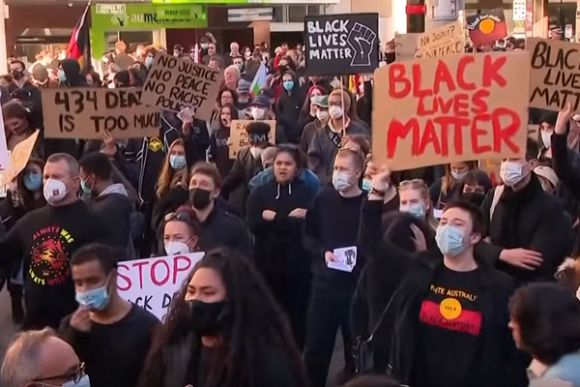 It takes real empathy for the plight of minorities and not just simple awareness to be a true advocate for the fight against racism.

But it is an article of faith for anti-anti-racists that all such stains on Australia’s moral character have now been wiped away and that the only victims of racial discrimination are White Australians.

When right-wingers attack CRT, these – and not some obscure academic journal articles – are the issues to which they refer.

If we needed any evidence of this, we have the fact that Australia’s most prominent racist, Pauline Hanson, was the one to introduce the legislation. The only consistent theme in Hanson’s political career has been the appeals to racist prejudice that saw her elected to Parliament in 1996 and re-elected many times since.

Hanson sometimes presents herself as a populist maverick but routinely supports the Government’s right-wing economic agenda (she was, after all, originally a Liberal candidate). Those who have accepted at face value her claims to defend the rights of ordinary Australians, like the former One Nation candidate in the recent Upper Hunter by-election, have regularly been disabused of such illusions.

Rather than quibbling about definitions, the right response is to tackle racists like Hanson on their own ground. We need not defend Critical Race Theory in its capitalised form, but we should respond to attacks on CRT by defending critical thinking about race and racism.

Young people should be encouraged to develop a critical understanding of the continuing role of racism in Australian society. This doesn’t mean indoctrination in some particular body of theory. Rather, it requires a willingness to confront uncomfortable facts about our society and think about how we can do better in future.