'Ultra-conservative': The Liberal Party is far from liberal

Last Thursday, the New Liberals filed an application with the Australian Electoral Commission, seeking de-registration of the Liberal Party of Australia.

Under s 137(1)(c) of the Commonwealth Electoral Act, any political party which obtains its ongoing registration through misrepresentation or fraud is liable to be deregistered.

The misrepresentation we allege is the Liberal Party's use of the word "liberal" in the Party name, when the it is in fact an ultra-conservative party.

Liberalism has a long history in the world of politics and has many shades of meaning. But the one thing all commentators agree on is that it is a very different, if not an entirely opposite philosophy, from conservatism.

In the Australian context, "liberal" values were exemplified by the Party of Sir Robert Menzies. Menzies was the founder of the Liberal Party. He took a Keynesian approach to the economy, running deficits eight to nine times higher than many modern governments, whilst maintaining full employment and minimal inflation. Full employment was his number one priority and knew that the way to achieve that was through significant government stimulus.

The New Liberals suite of policies and its Charter of Core Values reflect much of what the original Liberal Party under Menzies stood for.

The New Liberals are the true inheritors of the Menzies tradition. 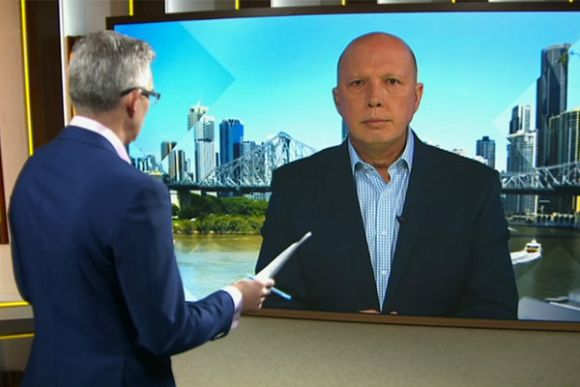 Dutton and the conservative extremists: Civil disobedience is not terrorism

Peter Dutton described Islamic terrorism as “Left-wing” while the LNP complained about terminology used by ASIO that could upset conservatives.

Today’s Liberal Party, on the other hand, is not a liberal party at all. It has not been so since at least the Government of John Howard. It has abandoned all of the things the party of Menzies held dear. Indeed, it has abandoned liberalism altogether in favour of extreme conservatism. Its current policies are as diametrically opposed to liberalism as climate action is to climate denial.

'Liberal Leader John Howard was a conservative slightly to the right of Ronald Reagan.'

Most troubling of all was Home Affairs Minister Peter Dutton’s recent statement that:

“I’ve always seen Parliament as a disadvantage, frankly, for a sitting government."

This prompted one commentator to suggest that such a statement was only a small step from a military coup. At the very least, it exemplifies that the Liberal Party is far from being a liberal party. It is perhaps one of the most conservative parties in the democratic world.

Does the Liberal Party calling itself "liberal" constitute a misrepresentation or a fraud, so that it is in breach of the Commonwealth Electoral Act and should be de-registered?

It is therefore a misrepresentation put out to the Australian people on an ongoing basis.

It is thus a fraud on the Australian people who are 'injured’ by that fraud.

The New Liberals, which is a truly liberal party, is also injured by that misrepresentation and that fraud.

With the obfuscation created by the misuse of the word "liberal" by the Liberal Party, it is very difficult for The New Liberals to get its message to the voters, who are in turn, again injured by being deprived of that message and the true liberal alternative offered to them by The New Liberals.

Peter Dutton continued: "I've always seen Parliament as a disadvantage, frankly, for sitting governments. Whatever happens, however messy it looks, tough decisions that need to be made are always sheeted home to the government of the day."