Successive Federal Governments have continued to get away with extinguishing Aboriginal land rights despite the Mabo case and Wik decision, writes Ian Curr.

'I was once told by a patronising Englishman that the trouble with Australia is that [it has] too much geography and not enough history…clearly, the observation is not really relevant to Tasmania…it has a remarkably rich tradition of historical literature.'

SO SAID historian Henry Reynolds in his foreword to Grease and Ochre: The Blending of Two Cultures at the Colonial Sea Frontier by Patsy Cameron.

George Augustus Robinson was chief Protector of Aborigines in Port Phillip District (now Victoria, Australia) in 1839, a post he held until 1849. During the Black War in the 1820s in Van Diemen’s land (now Tasmania), he was motivated by self-interest and was paid a bounty for each Aborigine rounded up and imprisoned. Robinson’s greatest offence was failing to honour his promise to allow them to return to their country.

There were never any grants of native title in Tasmania because no Aboriginal clan was ever in a position to claim "connection to Country" because they had been removed by Robinson acting on behalf of the governor and colonial authorities. 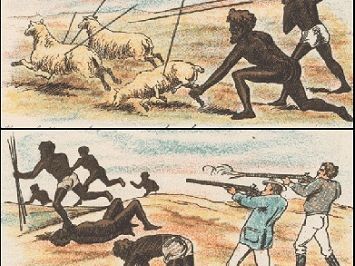 The demons of Van Dieman's Land: Britain's genocide in Tasmania

Not only were British colonists at war with Australia's First People, but irrefutable evidence shows they were trying to wipe them out.

Also, there is very little native title in Victoria, partly because of the Yorta Yorta decision in which Australian settler and politician Edward Curr’s oldest son, Edward Micklethwaite Curr (Edward M. Curr), played a role by claiming they had lost connection with Country because of disease (smallpox) and the burgeoning pastoral industry.

In 1875, Edward M. Curr joined the Board for the Protection of Aborigines Colony of Victoria (BPA). He was one of three new members appointed during a board shake-up – probably orchestrated by vice-chairman Robert Brough Smyth – who, like Curr, was a senior public servant with an interest in ethnology. Curr served on the BPA during a period of great controversy regarding the future of Coranderrk Aboriginal Station (near Healesville in Victoria).

As detailed in Samuel Furphy's book Edward M. Curr and The Tide of History:

Coranderrk lay within the traditional territory of the Kulin nation. The troubles at Coranderrk were sparked by the dismissal of the general inspector John Green in 1874. Green had managed Victoria’s six Aboriginal reserves since the re-establishment of the protectorate system in 1861 and had taken a particular interest in Coranderrk. He was a sympathetic manager, as he explained to the board in 1863: "My method of managing the blacks is to allow them to rule themselves as much as possible."

John Green also rejected the view that Aborigines were "incapable of instruction" and argued that "blacks" and "half-castes" were equally quick to learn. Green had the support of the board until 1872 and his work at Coranderrk was widely praised.

In contrast, Edward M. Curr took a paternalistic view at an inquiry into Coranderrk in 1881.

As cited in Edward M. Curr and The Tide of History, Curr answered inquiry questions as follows:

Has not the Board persistently for years endeavoured to get the people removed from Coranderrk? – Certainly not.

Are you sure that yourself and Mr. Jennings and others have not written letters recommending their removal? – We did, but that is not the question you asked.

Did you ever consult the blacks about the question? – No.

Do you think that is fair? – Most decidedly for their good.

Are they children? — They are.

Are they not men? — No, they are children. They have no more self-reliance than children.

Is that just? — I did not make the laws.

Should they be judged in our courts of justice as men, and punished as men, if you say they are children? — They are children in some respects, but when they steal they know they are doing wrong.

Curr maintained his view that the problems at Coranderrk were due to outside interference. 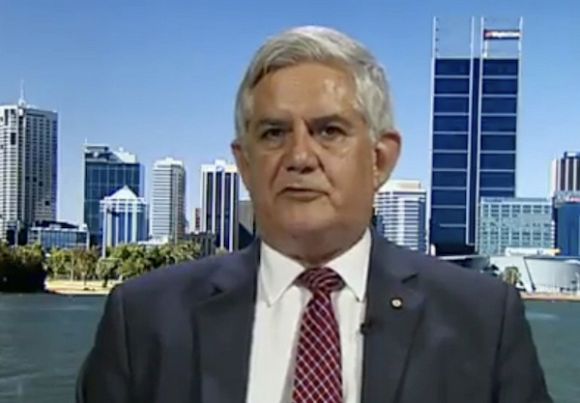 Why Ken Wyatt's appointment is not a victory for Indigenous Australians

Many hope an Indigenous person in the Ministry for Indigenous Australians will be an advocate, but the opposite may be true, writes Celeste Liddle.

Go forward 150 years and this paternalism is a little different – but not much – in Queensland because the Wik peoples won their case in the High Court.

So why have successive governments – Prime Minister Bob Hawke promised land rights in the 1983 election but never delivered – got away with extinguishing land rights despite the Mabo case and Wik decision?

According to Aboriginal activist and writer Gary Foley:

The final nail in the coffin of freehold title land rights came after a meeting between PM Hawke and the Labor Premier of Western  Australia Brian Bourke who was acting as an advocate of the powerful WA mining lobby. (Bourke would some years later be exposed as a corrupt politician who ultimately was gaoled for his corrupt activities, but would continue to be an ALP powerbroker for decades to come.) After Hawke met with Bourke, the Prime Minister revoked his earlier strong statements on Aboriginal Land Rights and instead claimed that mining interests were the "national interest" and would be protected.

Malcolm Turnbull was wrong to reject Voice. Treaty. Truth. Uluru Statement from the Heart, but he will never admit it.

Turnbull is the modern-day equivalent of the protectors.

Ian Curr is the great-great-grandson of Australian settler and politician Edward Curr. You can listen to Ian's podcast 4PR - Voice of the People; read his blog Workers BushTelegraph and follow Ian on Twitter @WorkersBushTele.

16 May 2021, 1:00pm Successive Federal Governments have continued to get away with extinguishing ...
Join the conversation
comments powered by Disqus
News updates