The link between film and the military-industrial complex has never been more evident than in the 'Top Gun' movies— a relentless advertisement for the U.S. defence sector, writes Dr Binoy Kampmark.

HOLLYWOOD, LIKE the U.S. press, has not been spared the influential hand of government. Under the mask of various projects, the defence establishment has sought to influence the narrative of "Freedom Land’s" pursuits, buying a stake in the way exploits are marketed or, when needed, buried.

The extent of such collaboration, manipulation and interference can be appreciated in the book National Security Cinema: The Shocking New Evidence of Government Control in Hollywood. Authors Matthew Alford and Tom Secker argue that a number of operations mounted by The Pentagon, the CIA and the FBI were designed to further 'violent, American-centric solutions to international problems based on twisted readings of history'.

The U.S. Air Force (USAF) has its own entertainment liaison office in Hollywood, run by Lieutenant Colonel Glen Roberts.

“Our job is to project and protect the image of the U.S. Air Force and its airmen in the entertainment space.”

Propaganda is not a word he appears to know, even though he is an ardent practitioner of it.

Roberts describes the purpose of his office – across scripted or unscripted television, movies, documentaries, reality TV, award and game shows, sporting events and video games – as:

“... to represent the Air Force and its people in a credible, realistic way... [and provide the entertainment industry with] access to airmen, bases and equipment if they meet certain standards set by the Department of Defense.”

No more blatant has this link between celluloid, entertainment and the military-industrial complex been evident than in the promotion of Top Gun. When it hit cinemas in 1986, the U.S. military received a wash of service academy applications, though finding exact recruitment figures linked to the film has not been easy. (This has not stopped publications such as Military History Now confidently asserting that interest in U.S. Navy flight training rose 500 per cent that year.)

The film was, after all, nothing else than a relentless, eye-goggling advertisement (well, at least 100 minutes) for the U.S. military — a sequence of swerves, testosterone jerks and puerile masculinity.

“It was probably the most realistic flying movie that I’d seen and it just left a mark on me. I was out of pilot training and I was already going to fighters... so it was one of those where you kind of go: that’s pretty realistic."

Top Gun also served as something of a palette cleanser for U.S. power, bruised by its failings in Indochina and hobbled by “Vietnam Syndrome”.

Roger Stahl, a communications academic based at the University of Georgia (UGA), was reported as stating:

'The original 'Top Gun' arrived just in time to clean up this image and clear the way for a more palatable high-tech vision of imperialism and ultimately the Persian Gulf War.'

With Top Gun: Maverick, the collaboration between The Pentagon and the film’s producers is unerring and nakedly evident. While Tom Cruise plays the role of a rule-breaking pilot who lives up to his name, his production is distinctly obedient to the dictates of the U.S. Navy.

It’s also worth noting that Cruise has had trouble using the facilities of other defence ministries to shoot his films given his ties to the Church of Scientology. There has been no such trouble with The Pentagon.

Documents obtained under the Freedom of Information Act (FOIA) show that the movie only proceeded with the proviso of extensive defence involvement. The production agreement between the U.S. Department of Defense (DoD) and Paramount Pictures is explicit in outlining the role.

The United States Marine Corps (USMC) expressly guaranteed to provide 20 marines from Marine Corps Air Station Miramar (MCAS Miramar) California, 'to appear as an official funeral detail for the filming sequence' along with access to MCAS Miramar 'to enable actors the opportunity to experience flight simulator training. All aspects of familiarisation and training will be captured by second production unit'.

In return for such access to equipment and facilities, along with necessary technical support and personnel, the DoD openly mentions assigning:

'...a senior staff, post-command officer to review with public affairs the script’s thematics and weave in key talking points relevant to the aviation community.'

Clause 19 of the agreement reiterates the importance of The Pentagon’s role in the production process. A 'viewing of the roughly edited, but final version of the production (the "rough cut")...' was to be provided to the DoD, relevant project officers and the DoD director of entertainment media 'at a stage of editing when changes can be accommodated'.

This would enable the:

'... DoD to confirm that the tone of the military sequences substantially conforms to the agreed script treatment or narrative description.'

Any material deemed compromising would result in its removal.

The USAF has gone into an enthusiastic recruitment drive, hoping to inject some verve into the numbers. In itself, this is unremarkable, given a shortage of pilots, already pointed out in March 2018. However, that month, Congress was warned about a shortfall of ten per cent, equating to 2,100 of the 21,000 pilots required to pursue the U.S. National Defence Strategy. Shortages were also noted by the U.S. Navy.

“We think 'Top Gun: Maverick' will certainly raise awareness and should positively contribute to individual decisions to serve in the Navy.” 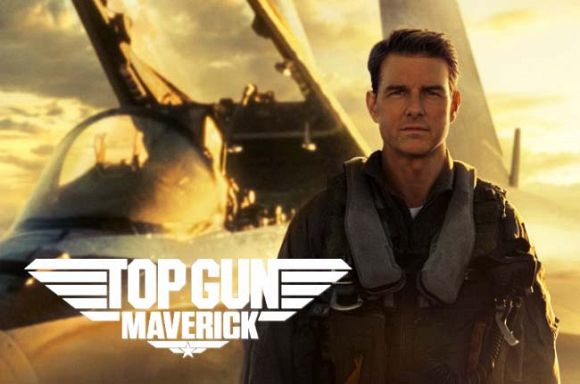 Top Gun: Maverick aims for the skies and soars high

Former Top Gun pilot Pete "Maverick" Mitchell is called back to train a new group of students for a perilous mission.

With the film running throughout the country, the U.S. Navy’s recruitment goals for the 2022 financial year of 40,000 enlistees and 3,800 officers in both active and reserve components may be that much easier.

Patriotic publications have also delighted in the recruitment pap of the new film, seeing it as eminently more suitable and chest-beating than advertising gimmicks such as the two-minute video featuring Corporal Emma Malonelord. Released last year, it features an individual who operates the country's 'Patriot Missile Defence Systems'.

From the outset, we are told about a “little girl raised by two moms” in California.

“Although I had a fairly typical childhood, took ballet and played violin, I also marched for equality. I like to think I’ve been defending freedom from an early age.”

The video is also pap of a different type — a try-hard attempt to show that freedom-loving types in defence can also be musical, balletic products of lesbian unions and peaceful protest.

'Emma’s reason for joining up is selfish,' states a sneering piece in The Federalist:

'There is zero in the video to inspire any kind of bravery, sacrifice, duty, honour, integrity, excellence, teamwork, or respect.'

Best leave it to the likes of Cruise the patriot Scientologist, lubricated with tips and much assistance from The Pentagon, to give his version of service in the U.S. military. Even if it is deceptive, controlled tripe.