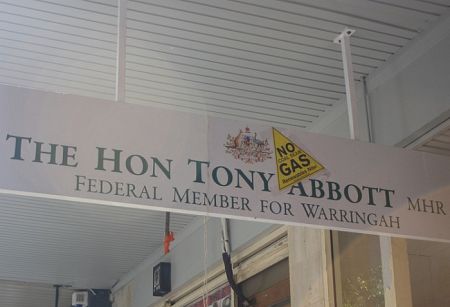 I’ve just finished a major project and now find myself with a bit of time on my hands.

My office is really a cupboard attached to the back of the house and, as such, it doubles as storage for a seldom-used lawnmower and a scuba outfit that dates back to Lloyd Bridges. But it contains life’s essentials – a beer fridge, a digital radio and a Mac with a filthy keyboard.

Accordingly, I have been drinking beer, listening to a wide range of weird stuff and trawling the Twitter spectrum.

A recipe for psychosis, you might think. Probably right, but thankfully I am of an age where no-one really notices.

My topic is #Auspol. I can sit and watch this go round for hours, a bit like sitting in front of a front-loader washing machine. Tub spins right, tub spins left... Look! There go my undies!

But it’s unsettling. The #Auspol Maytag recycles Chris Murphy’s shirts and First Dog On The Moon cartoons, then throws up gems such as:

The essential notion of a socialist society is fundamentally force. #AusPol

Which is at least less ambiguous.

But add a bit more biodegradable detergent and some entertaining tid bits can fluoresce.

For example, had I not persevered to the spin cycle, I would never have known that in 2013 the Australian Electoral Commission conducted a compliance review of The Waringah Club — Tony Abbott’s local fundraising organisation, akin to Joe Hockey’s North Sydney operation, with its tables of mates, including AWH.

(As an aside, the Hockey/Sinodinos links are irresistible. Hockey v Fairfax in March 2015 is going to be quality entertainment).

#auspol The 'f*ck him' texts: @JoeHockey to take stand in 'Treasurer for sale' defamation against Fairfax: http://t.co/PimoFY5Hpl

To put you out of your suspense, the AEC review concluded:

Except for the matters noted above.

But it means that at the very core of Abbott’s heartland, things just don’t add up. 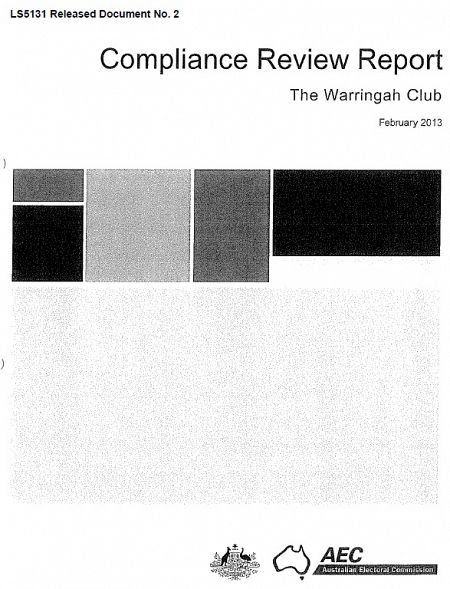 Dump Abbott and get an original (not a print) @JohnGrahamArt cartoon from IA instead: http://t.co/MMGcyR0wlN pic.twitter.com/f8zsg4EII9