The ugly face of party politics

"What a rabble of school-yard brats the current Labor ministers and Prime Minister have revealed themselves to be," says Kim Peart. 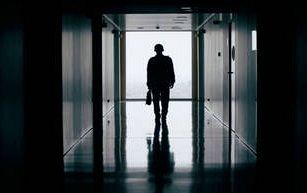 Has the Liberal-minded Amanda Vanstone, writing in The Age, made the right call for Labor, suggesting that half a dozen – or more – ministers should have gone to Rudd in June 2010, and threatened to resign their porfolios, if their captain did not turn the wheel to a more co-operative course.

Yes, good old strike action, or the threat of it, just like in any industry, just like any Labor union member would. Why didn't they do that? Were Labor ministers in government so out of touch with Labor's core values? Or was grasping power more vital than keeping the ship of state a healthy place?

Surely the success of the whole crew was more important than the pomp and strut of a few officers on the poop deck. So what if the captain had gone the way of Bligh? They were not serving in the British Navy of two decades past.

Another writer suggested that Labor should have at least held an inquiry into the whole affair, putting the facts on the table for all Australians to see and understand. This did not happen.

The truth was hidden.

Rudd was humiliated and, like Bligh, put in a boat to navigate his way across the oceans of the world — which he did brilliantly as our Foreign Minister.

The current political debacle is entirely of the making of those who held the bloody knives at midnight 20 months back — but Rudd failed to die and, now, has returned across the oceans demanding retribution — just as Bligh sailed back to the South Pacific to hunt down those dastardly mutineers.

What a rabble of school-yard brats the current Labor ministers and Prime Minister have revealed themselves to be, lining up in the mud for their turn on the soap box to attack their former captain with whatever they can throw. How did we manage to elect a bunch that stoop so low — no more than a neighbourhood gang turning on the one they hate, no more than a tribe of monkeys run riot.

If Labor wishes to survive as a political ship of state, their only hope may be to wake up to the discipline required for the whole ship and bring the Captain back on board that Australia elected to run the place. The mutinous officers have certainly revealed that they have acquired no manners under the safe ways of Gillard — now heading for the rocks and are in need of the discipline of Rudd to bring them back into order and into a state of respect.

The death of Justine Damond and Australia's fear-based police state

The assassination of a West Papuan leader

Avoiding the fate of the dinosaurs

18 March 2012, 8:53am If the dinosaurs had built a space program, they could still be here to tell their ...
Join the conversation
comments powered by Disqus
News updates