Extremism in the U.S. has seeped its way into Australia's political sphere, fueled by a compliant mainstream media. Dr Victoria Fielding reports.

SOUTH AUSTRALIA recently held local government elections, the third election this year. Just like the U.S. midterms which were happening at the same time, it turns out democracy was on the ticket.

In the southern council of Onkaparinga, the vote count for mayor, conducted by the Electoral Commission of South Australia, was close. Moira Were won with 9,771 votes and runner-up Mark Nielsen polled 9,491 votes.

Mark Nielsen, a real estate agent, was on the record during the campaign as calling for an end to acknowledgements of First Nations people. He has been accused of having links to the Australian Federation Party (AFP), after having a sympathetic interview during the mayoral election with Mark Neugebauer, who was an AFP candidate for Mayo in the Federal Election. This party aligns with hard-Right-wing conspiracy theorists from the cooker “freedom” anti-vaccine mandates movement and is anti-abortion and anti-trans.

Nielsen reportedly had a large number of supporters scrutineering for him over five days of counting — over a dozen people at times. This group was reported to have obediently followed former U.S. President Donald Trump’s unhinged “rigged election” template by intimidating the voting officials, including filming them and accusing candidates of securing illegitimate votes. A Nielsen-aligned council ward candidate, Steven Cook, apparently alleged on Facebook that the mayoral result was “rigged”. 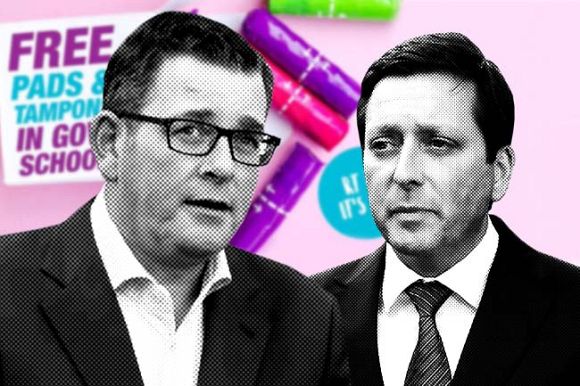 This group caused so much conflict that police were called and extra security guards were stationed at the vote count. The Electoral Commission sent a memo to candidates advising them that the vote count was experiencing “significant disruption” and that candidates should tell their volunteers not to interfere with officials’ ability to count votes.

It might seem insignificant to discuss such worrying behaviour occurring at a vote count in a council election in South Australia, but this scene speaks to bigger problems in Australian democracy. These are problems Australia has been infected with via conspiracy-laden narratives which radicalise people – cult-like – around the world.

Australians have watched in horror as Trump extremism infiltrated America. We were terrified watching the violent pro-Trump mob during the 6 January insurrection at the U.S. Capitol. But Australia is apparently not immune from such civil unrest and extreme rhetoric, which threatens the democratic health and safety of our elections. Our democracy should not be taken for granted.

The rise of this extremism in Australia has been contributed to by the Liberal Party and major media outlets treating the anti-COVID cooker movement as a legitimate political force. 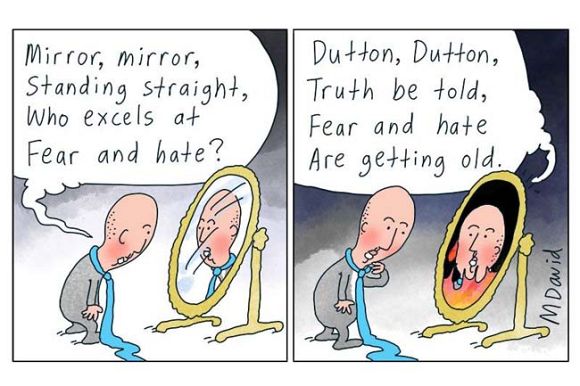 Recent investigations into extremism, human rights and ethics in Australia have resulted in highly disturbing findings.

For example, the Liberal Party in Victoria is preferencing “cooker” candidates ahead of Labor, endorsing them on the ballot and thus endorsing their behaviour and values.

Opposition Leader Matthew Guy has also dipped his toe into cooker-like election-rigged discourse by claiming the Victorian Election Commission is intervening in the Election, when this independent organisation was doing its job of ensuring a fair and valid democratic process.

The Victorian Liberals have also had their own extremist candidate exposed on the top of their Eastern Region legislative council ticket. Renee Heath will almost certainly be elected as a “Liberal Independent”, even after The Age exposed that she belongs to a church that practices illegal gay conversion therapy and is rabidly anti-abortion and anti-trans.

Heath was presumably pre-selected thanks to a shady Pentecostal branch stacking strategy, outlined on a leaked ‘Infiltrate, Impact, Impel’ roadmap document. This isn’t the Liberal Party courting extremist candidates, it’s them pre-selecting and likely electing them!

Political extremists have also been normalised and legitimised during the Victorian Election by politicised media outlets like the Herald Sun, which has platformed and endorsed unhinged conspiracies about Andrews’ stair accident.

Even outlets that should know better have used lazy, templated false equivalency to lend legitimacy to anti-COVID-restriction and anti-vaccination narratives at the heart of the pro-Trump cooker extremist movement.

A standout example of this was Michael Rowland on ABC News Breakfast telling Daniel Andrews that anti-COVID-restrictions voters were going after him with baseball bats.

Kinda sad when the media talks about baseball bats for lockdowns, when so many other people accepted that strong health measures were necessary (even if unpopular).#auspol #springst pic.twitter.com/RvHkwZnnC5

I acknowledge that Rowland saw the error of his ways with this language and apologised. But what he didn’t apologise for was the implication in his statement that those opposing the Premier were a legitimate political movement and should be taken seriously in an election contest of ideas. Rowland implied that Andrews had something to answer to for his health policies.

These baseball bat holders are people who often denied COVID, denied the need for restrictions, illegally broke these restrictions, or denied vaccine efficacy, spreading dangerous anti-vaccine conspiracies which have cost thousands of lives. They have no credibility and should not be platformed and legitimised by the ABC.

Extremism doesn’t rise out of thin air. It has to be given opportunities to implant itself, to spread and to flourish. The germ of the movement in the U.S. has spread to Australian shores. Mainstream voices need to decide if they are going to help inoculate Australian democracy against anti-democratic-extremism, or if they’re going to help the radicalising-virus spread. 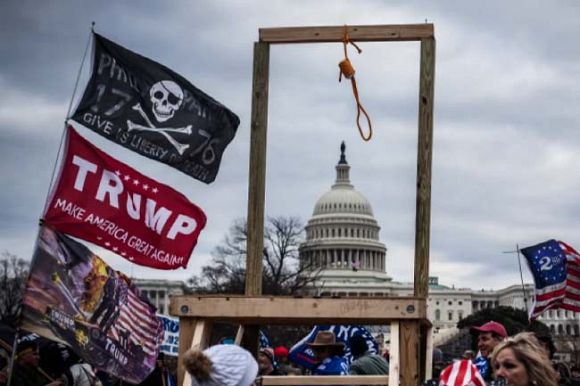