The lost soul of the Labor Party 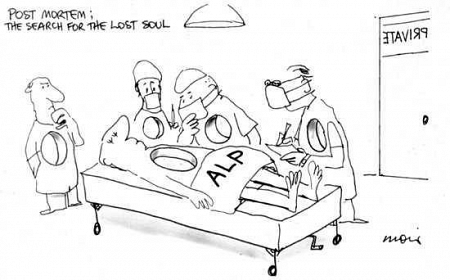 The ALP’s abandonment of Australian workers has left a void in Australian politics, says Shaun Newman.

Modern politics has paled into insignificance from the vehicle it once was. Federally, we have Tony Abbott who we all know well: we all know what he opposes, everything; and what he proposes, nothing — well, except for the third phase of WorkChoices.

This situation has come about from the federal ALP’s decision in 1982 to go for style over substance, by replacing Bill Hayden with Bob Hawke, the lack of any real substance in politics ever since has been clearly demonstrated by the acute lack of leadership on both sides of modern politics by the major parties.

The ALP has been overcome by the conservative right wing of the party, led by the AWU faction — whose preference for the employer’s word over their own member’s word would be immediately apparent to any former AWU member who has had trouble with their employer.

Bill Hayden was a former Queensland copper who led the then centre-left faction in the ALP at that time, and had been Minister for Social Security then Treasurer under former Prime Minister Gough Whitlam. He had many progressive ideas which would have steered this nation on a good course.

Tony Abbott is no dill, even though he acts like one; he simply is not suited to the leadership of a political party because his beliefs border on the extremities of political belief in this country. The removal of Kevin Rudd by the AWU faction has fragmented the ALP and, to a large extent, its followers. The Australian Labor Party no longer represents what it once did — the betterment of ordinary Australian workers’ lives.

The time is right in Australia for such a party to fill the void left by the ALP, however the need may not become evident until and unless Tony Abbott becomes Prime Minister.