Watch out PM Malcolm Turnbull — Mal Brough is back, he's on the rise, he wants your job and based on past performance, he''ll do just about anything to get it. Mal-aware Sydney bureau chief Ross Jones considers the pair.

Make no mistake, Malcolm Thomas Brough is a dangerous man. And wants to be PM.

Only two things stand between Brough and the top job;

Turnbull carries a lot of baggage — think Australian Rain Corporation, the Wentworth Forum and Utegate. Also, having sold his soul for the top job, he is on probation from the hard right, so it must be sorely tempting for him to ride the short-lived shore break of popularity: "Mr Nice Guy, not Tony Abbott", to an early election before the stench starts to bubble through.

Sportsbet have an October election at $101, but these odds shorten dramatically to $7.50 in November. 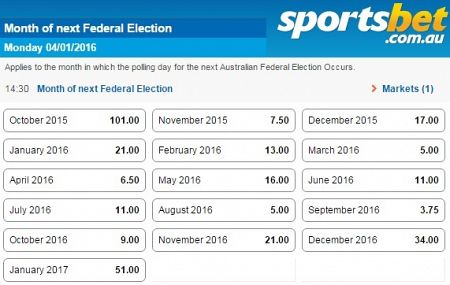 Let’s, just for fun, say I am right and Turnbull goes in November. Let’s also say, for a little less fun, he wins and shrugs off the title of backstabber of the year.

Ask yourself, what would "Mal-Bro" do?

'John Howard''s young Brisbane cabinet minister, Malcolm Brough - who is known behind his back as "Mal-Bro", after the macho cigarette commercial of 25 years ago.'

Or "Captain Decore" for that matter?

'Brough, behind his back, is sometimes called "Captain Decore", or "the shampoo salesman".'

There is simply no room on the stage for the ambitions of both Turnbull and Brough.

Back in 2008, Andrew Bolt, who in this case was not cross-threaded, reported:

Too good to lose:

Former Howard government minister Mal Brough is set for a political comeback, but has not decided whether he will run at a state or federal level.

(Thanks to reader Alan RM Jones.)

Andrew Bolt has his critics, but his ability to convey emotion in writing is sublime. It''s almost like I was there. pic.twitter.com/39oym4TO6k

Bolt’s other readers replied along the lines of:

I listened to Mal Brough’s speech to the National Press Club before the election and was very impressed.  It was clear, direct, passionate yet controlled.  He has a presence which commands attention and his speech pattern is logical and easy to follow without any half sentences, unnecessary repetiton or airy imagery eg “interest rates cascading down”, “I was in a fog”, “everything was blurry” (latest one).  He looks like a Prime Minister, he sounds like a Prime Minister and he conducts himself as a Prime Minister should.  Also, he is ex-military which, to me, indicates his loyalty to our country.  A final plus - he is not afraid of putting loony-left reporters in their place, for example, by telling one that her trap question was rubbish and why.  As Prime Minister of this country he would do us proud.

So, if Turnbull can crack the wave and win, you can bet Brough will be waiting for the smallest fissure to open in the PM’s polished veneer.

Brough has seriously powerful friends within both the Liberal and LNP ranks. He’s got a track record of betrayal and attempted putsch. And cold brutality — witness his willing participation in the Ashbygate plot to destroy Slipper.

A different legal view on #brough and the diary https://t.co/c41RpA2iDk

As we all know, the Liberals have a track record in overthrowing first time leaders.

He’s gone. Brough wins. Opposition leader one day — and then, well, you can fill in the gaps...

Ross Jones is the author of ''Ashbygate: The Plot to Destroy Australia''s Speaker'', published by Independent Australia. You can purchase this enthralling investigative work as a paperback for $29.99 (plus P&H) by clicking HERE.

Look at things a different way. Subscribe to IA for just $5.