Sydney March in May: A glorious day of fun and indignation

A beautiful day, clear skies, and a strange atmospheric mix of indignation and party greeted the March in May in Sydney yesterday, writes Sydney bureau chief Ross Jones. 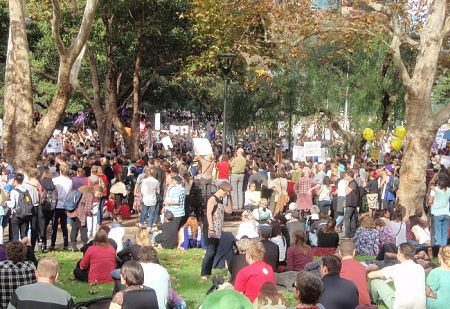 I’m hopeless at judging crowd sizes and so, it seems, are my friends. Between four of us, we came up with somewhere between 4,000 and 10,000 were at Sydney’s Belmore Park for the March in May, yesterday. 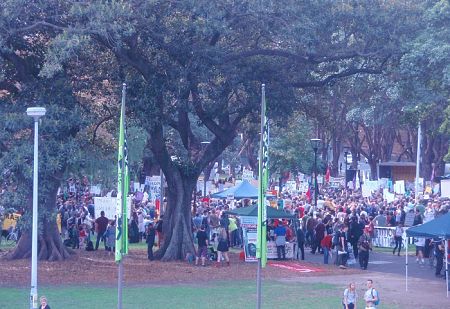 Lots of families, pet dogs, the whiff of patchouli oil (but no dope) and plenty of placards — some good, some not so. The police stayed out of the park, which is right next to Central Station, but maintained a meaningful presence on the perimeter roads. 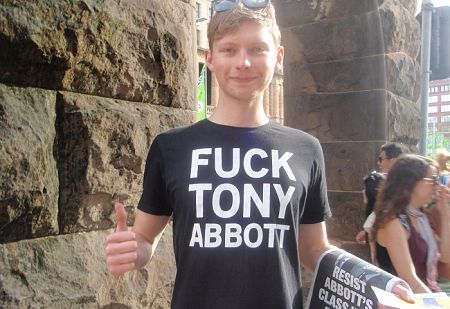 The media were thin on the ground and represented, it seemed, by a lone Channel 7 reporter and his camera guy. 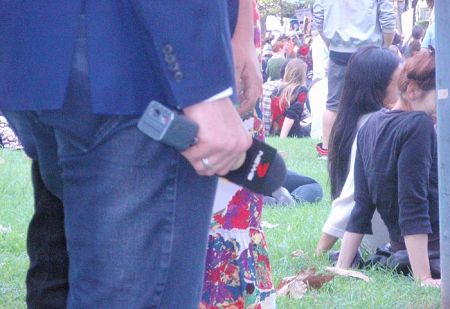 A beautiful autumn day, clear skies and 22 degrees, a strange atmospheric mix of indignation and party. 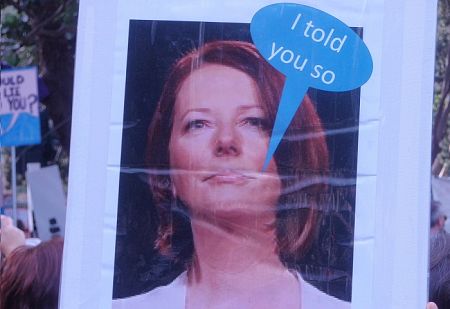 A variety of orators, kept the inner-core crowd busy in a dense, lefty mosh-pit of a few thousand (or so), while the lush grass and soft sun mellowed the margins.

Speaking of which, the park workers are going to be mightily displeased when they arrive at work to see the trampled flower-beds and scattered tan bark — but no litter to speak of. 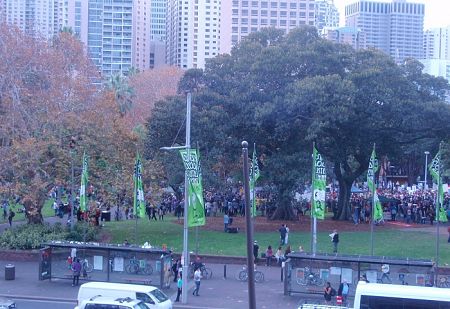 The demographic was young, a few oldies scattered here and there in sensible hats, but, by and large, youngish voters with plenty of elections left in them.

I won’t try to tell you about the speakers or what they said, I have no real idea about either, but there were rolling throaty responses, so it seems the right buttons were being pressed. 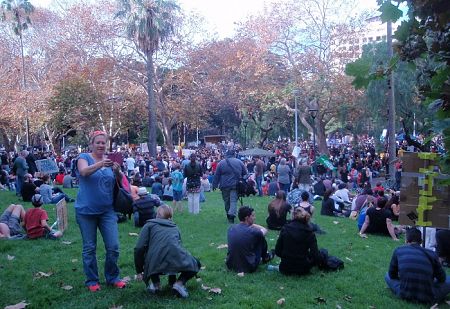 The throng then set off for the March itself to nearby Victoria Park, we met some friends, there was a pub, and, well…

More Marches are planned, one for June, so I’ll try to be more determined next time. 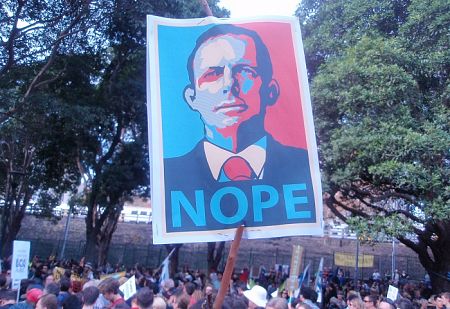 As to the question of whether voters in marginal electorates will take any notice and be swayed? Who knows?

The March, if nothing else, is an enjoyable Sunday arvo surrounded by indignant people in party mode and not a Tory within earshot. Bliss. Give it a go in June. 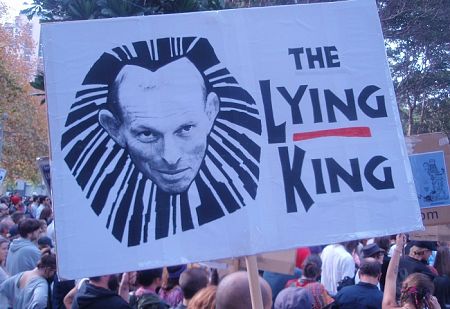 Find out more about the non-partisan March Australia movement here. 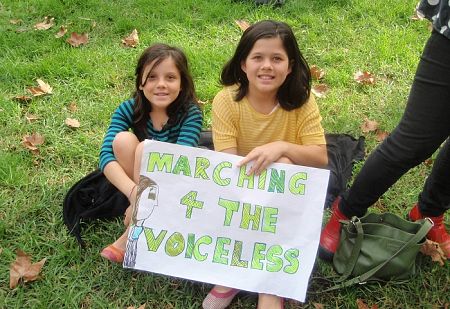 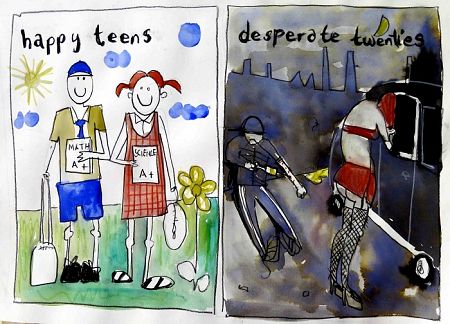