SUBSCRIBE   DONATE LOGIN SHOP
SUBSCRIBE   DONATE
How we prevented a Morrison dictatorship
How Howard screwed the Libs
U.S. site tries to ruin what makes fairy bread great
Bloody Idiot of the Week — Episode 28: Get used to it
Morrison's 'politics of retribution'
Democracy

A government review is recommending the eliminate of ownership limits for Australian media — and the team at Avaaz are mobilising public outrage over this outrageous proposal. Find out how to make your voice heard here. 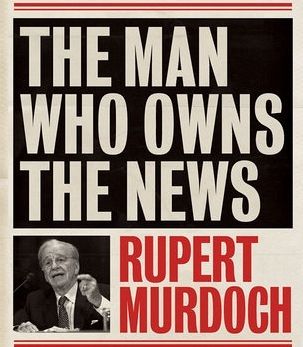 Free reign to control every last newspaper, TV and radio station in Australia -- Rupert Murdoch’s fantasy could become a frightening reality unless we stand in his way right now.

A government review is recommending we eliminate ownership limits -- exactly what Murdoch asked for. But we have two weeks to flood the review with objections to their plan during the public comment period before they finalise the report. Unless thousands of us speak out, the recommendations could go forward unchallenged.

Nobody -- especially not Rupert Murdoch -- should be allowed to own all of our media. Let’s wake up the review with our call -- and prevent the Murdoch Mafia from growing even larger. Send your urgent message directly to the review by clicking below:

Last month, more than 12,000 of us sent comments to the Independent Media Inquiry and kept attention focused on the need for greater media diversity. But now, a lesser-known industry review process has tabled recommendations that would undo our hard work and undermine the major media inquiry we won just months ago. The industry review, not surprisingly, sides with Murdoch -- claiming that the digital age renders media ownership limits irrelevant, and asking for a weak ‘public interest test’ as the only safeguard against another media mafia -- this, even though Australia already has the most concentrated media ownership in the Western world.

The review will help shape the future of media in Australia, and Murdoch’s hoping for a big lobbying win. To make sure our voice is heard above his, we need to submit a wave of comments to the review in the next few days.

Together, Avaaz members are turning the tide on Murdoch in Australia and around the world. We won the Media Inquiry he tried to kill, and then derailed his bid to snatch a $223 million contract away from ABC. Let’s come together again to end the Murdoch dream come true, defend our democracy from his lobbyists, and promote a more sane and independent media.


Emma, Brant, Paul, Alice, Ricken and the rest of the Avaaz team

P.S. See below for the full submission to the major media review from Avaaz.