From New York to Bristol, Jewish communities have organised globally in protest over Israel’s brutal and ongoing displacement of Palestinian people.

A look at American activist group Jewish Voice for Peace’s site shows a map of rallies and campaigns across all of the U.S.; many of them are organised by Jewish groups outright, or in concert with Palestinian-led groups. Jews are showing up en masse. Anyone surprised by this is not paying enough attention.

Or it may be that people are trying to hide the fact that such Jews exist.

I spoke to Australian anti-fascist Jewish community group, Jews Against Fascism (JAF). They’re a strong activist voice, among many, for anti-Zionism.

I asked them why the presence of Jewish people condemning the displacement of Palestinians is minimised or erased when convenient:

I think there is a bit of antisemitism there on a few levels. In some cases, Zionists need to negate our Jewishness for (part of) the logic of their moral authority to stand up: ‘if you are against Zionism you are against Jews’. For non-Jews, a homogenised Jewishness that Israel and Zionism represents to them is much less threatening and they ignore us. On any given level – whether ignoring us, attacking us, or violently threatening us – they need for us to be less Jewish, less here.

For those of us on the Left condemning the State of Israel’s attack on Palestinian people, to participate in effective pro-Palestinian demonstration is also to disavow and reject antisemitism. To participate in the former, we must constantly make the latter loud and clear.

We are regularly shown media of people, including elements of the Left, who stray from expressing solidarity with Palestine. They demonstrate an overt antisemitism we should recognise all too well. (As an anti-fascist activist, I’m constantly aware of White supremacist and neo-Nazi elements competing for attention at times like this for their brand of genocidal, antisemitic conspiracism.)

The presence of blatant antisemites, whether in “the Left” or not, requires not only that we stridently disavow them, but that we make it clear our target is a colonising state project — not Jews. We must be keenly aware that Zionist and conservative outlets hold up media of these racists as being representative of the entire pro-Palestinian cause. We are obliged to reject this mischaracterisation. The fight for Palestinian freedom, independence and safety is too urgent and it cannot be derailed by racists.

JAF spoke of how our Jewish comrades are also affected by this charge of anti-Zionism equalling antisemitism:

We've seen a recent push by Zionist organisations to include anti-Zionism and criticism of Israel in the definition of antisemitic. This is happening within the Jewish community, but also outside, because the disruption of settler colonialism anywhere poses risk to the settler-colonial systems everywhere. There are colonial benefits to our misunderstanding of antisemitism pushing us to respond in ways that lean into our intergenerational trauma and fear, at the expense of Palestinian lives and our collective liberation. Jewish dissent to Zionism disrupts this definition of antisemitism. If Jews are saying it, too, it's much harder to derail the conversation in this way.

Last Sunday in Melbourne demonstrates that Zionists, conservatives and the media have a hard time even acknowledging the very existence of Jews who don’t say what they need them to say.

Several Zionist groups, including Zionism Victoria and the Zionist Federation of Australia, held a “Rally for Israel” on Sunday 23 May in Caulfield South. Over 2,000 attended, including Liberal MPs David Southwick and Tim Smith and far-right video-making grifter Avi Yemini. A small contingent of counter-demonstrators appeared to peacefully counter-demonstrate the rally. They held placards and chanted.

Thousands turnout to a peace rally today to support 🇮🇱 Israel and in contrast, a rabble anti-Israel protest turned out in the jewish communities own backyard to cause trouble. I think this speaks volumes. #springst @aus_jewishnews pic.twitter.com/erO4azUhdV

Avi Yemini, grifter, posted a video up under the wing of his “media” company Rebel News. He described this contingent as “Antifa”. This is in step with standard alt-right practice — “Antifa” are already handily coded as regular-issue White kids in masks.

Channel 7 covered the demonstrations on the Sunday evening news:

The Channel 7 report describes the peaceful counter by the “Free Palestinian protestors” (does it sound like inferring they were “Palestinian”?) as an attempt to “break in” to the main rally.

“The Australian Jewish community organised the [main] rally against the antisemitic hate they say they’ve received over the past weeks.”

We reject all antisemitism, mind you. But, these bloody Free Palestinian protestors aren’t helping.

The only problem here is that the counter-demonstrators were the Australian Jewish community.

A group called Jews Against Zionism – and later Jews Against Fascism – called for this counter-protest event. The public call-out was for Jewish people to attend.

Look at the Channel 7 footage again:

Does that big banner saying ‘JEWS AGAINST ZIONISM’ imply to you that the holder of the big banner is Jewish? Do you think it’s okay for Jews to be in what David Southwick described as “Jewish communities’ own backyard”? Or should these Jews perhaps ask for permission first?

Or try this other banner:

Surely, implicit within the presentation of a banner saying ‘Jews for (anarchy) Free Palestine’ is the idea that the banner-holder is probably Jewish. No?

Grifting Avi Yemini had my favourite moment in his video. His grifting Rebel Media staff didn’t even bother to erase it, presumably hurried by the need to spurt out content like a broken sewage pipe. In the video, Avi harasses individual rally-goers for footage, which is his only talent. He offers a protestor to “amplify their antisemitism”.

They reply that they are a “proud Jew”. Wait, what? Then Avi does precisely nothing to acknowledge that not only they but many among the counter-protest contingent were Jewish, retreating to the safety of the “Antifa” label.

I remember when Avi doxxed a Melbourne Jewish professor’s house for disagreeing with him, filming the visit until police arrived.

With that in mind, I asked JAF about the difficulty of protesting issues among their own community:

It is so painful to have conversations with loved ones when they see you as someone who is betraying your people. The Jewish community in Melbourne is largely an Ashkenazi one (Jews from Europe Russia) and there is a strong element in the community of post-Holocaust migration.

So it’s painful to sit across the table from our mothers and fathers and see the trauma they carry in the stories of their parents and the fear that comes from the idea that Israel is the one country that is safe for Jews. So to betray this is to negate safety for Jewish people everywhere. I think it’s important to recognise that antisemitism is real and happening. And it’s important to say that Israel’s actions don’t in fact create a safe place for Jews. And that what we want as Jews, in solidarity with Palestinians, is a vision of justice, of decolonisation, that embodies peace for all of us.

The fight to demand peace and independence for Palestinians goes on — no single ceasefire promises safety to Palestinians while the broader Israeli settler-colonial project grinds on over the decades. Just as we refuse to let the presence of antisemites derail us in a fight for Palestinians, so must we refuse to let Jewish allies in the struggle be erased. (Others could start, at least, by acknowledging their existence.) 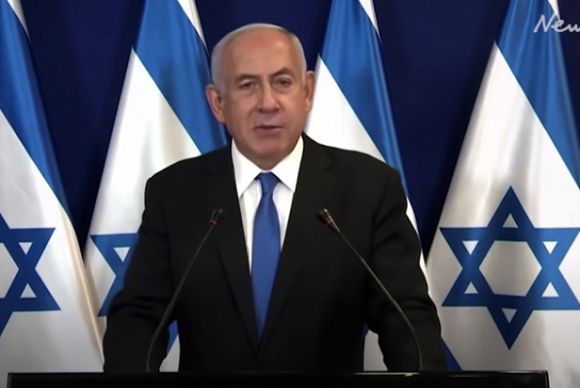