ON 13 MARCH, Western Australians go to the polls. It promises to be an anti-climactic affair, with Mark McGowan’s Labor Government expected to be returned to power. Even Liberal Opposition Leader, Zak Kirkup, has already conceded defeat. At least there will still be democracy sausages.

This inevitability hasn’t stopped the leaflet drops filling mailboxes, nor the plethora of campaign posters along roadsides. But in amongst that pile of former majestic trees, there is a distinct lack of politicians standing for anything.

Take the electorate of Kalamunda as an example. Locals in this tranquil Perth Hills area will have to choose which of the nine candidates they’ll rank last. And this is a tougher choice than you may expect. 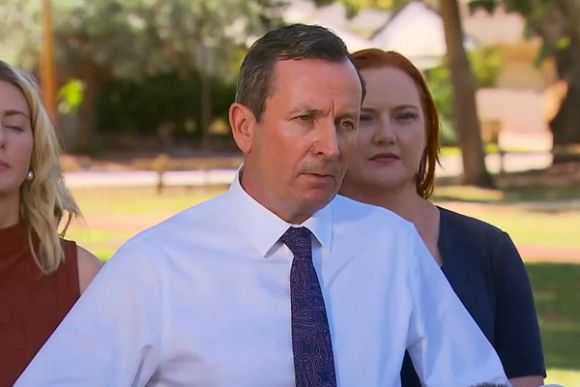 First on the ballot paper is the Liberal Democrats candidate, Carolyn Trigwell, who wants to reduce crime. Indeed, it would be a bold move for a candidate to be pro-crime. The police’s dedicated Crime Prevention and Community Liaison Unit will probably be in favour of her ideas about introducing community policing.

The incumbent Labor candidate, Matthew Hughes, previously stood on a fracking-free platform. After losing on that issue to oil and gas political donations, Hughes’ campaign this time around appears more generic.

The WAxit party have taken a good hard look at the big issues facing Western Australia. They’ve decided all of these issues could be solved by giving the rest of Australia the flick.

No Mandatory Vaccination party have their policy in their name. On their webpage, they have highlighted combatting being asked to remove underwear during vaccinations. High priority stuff.

It should come as no surprise that The Greens’ Lee-Anne Miles wants to address climate change. In terms of issues worth standing for, this has to be near the top of the list. Trust the Greens to have candidates wanting to stand for something.

It will be interesting to see how the other parties manage to blame inaction on climate change on the Greens in the coming years. 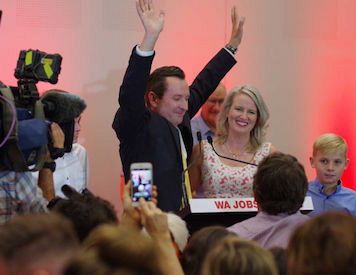 WA election: The 'PH' factor and how the West was lost

A gutful of widespread rorting of the public purse and sneaky backroom deals equals the unceremonious dumping of governments.

The Liberal candidate, Liam Staltari, is probably the worst example on this list. He wants to protect the environment. By addressing climate change? No. But he is in favour of trees. He supports seniors, which is obviously a refreshing change from the common policy of advocating their use as soylent green.

He wants to back jobs and local businesses, which is a startling break from what politicians traditionally stand for.

Formed before the last state election, the Western Australia Party is one of the newer players. Wanting to make an impact, their candidate, Stephen Phelan, thinks the pressing issue is rebuilding a railway that was converted to a road almost 70 years ago.

Despite having only nine policies listed, One Nation wants your vote. They are obviously relying on the history of the party to win over the reactionaries and racists.

Finally, the Australian Christians candidate, Brady Williams, tells voters about his passion for teaching religion. Obviously, the anti-education and burn schools to the ground candidates will have a hard time against him.

The Greens candidate aside, the other candidates aren’t standing on real issues. Generic statements about addressing jobs, education and policing are cowardly. These candidates could have genuine reforms on those issues, like limiting the number of police assaults annually. But they don’t.

Instead, their passion and visions of the future seem to be a train line to nowhere. 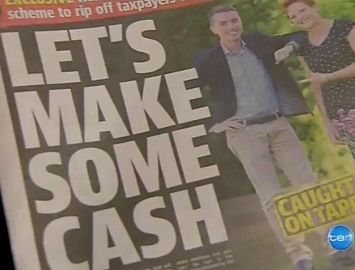 Is One Nation really a threat to the two-party system?

The Liberal candidate exemplifies this issue. Staltari doesn’t seem to have any strong passions or ideas for the future; only the presumption that he could do a better job of running things. Staltari and the other candidates’ visions of Western Australia’s future clearly involve them getting a nice salary for being in charge.

How can we hope to address important issues in our society if the people standing for election aren’t interested in those issues? We can quibble on what the most important issues are (with removing underwear during vaccinations obviously being high on the list) but without some solid ideas of what needs to be done, the issues won’t be addressed.

We need candidates who actually stand for something. Candidates with ideas on how to address those issues. And fewer people thinking they should be in charge.

Tyson Adams is a scientist, writer and satirist, sometimes in that order.