Labor's Industrial Relations Bill has exposed a lack of progressive politics from some Independents and a failure in objectivity by supposedly progressive media outlets, writes Dr Victoria Fielding.

IN A NEWS MEDIA market dominated by the conservative voices of News Corp and Nine, Australians are grateful to have access to Left-leaning news outlets like The Guardian and The Monthly. These outlets helped fill voids in Australian news coverage of the Morrison Liberal Government by acting as watchdogs and scrutinising them in a way that Murdoch and Nine refused to.

But that doesn’t make these outlets irreproachable.

Whenever I hear people refer to The Guardian and The Monthly as “progressive” outlets, I like to remind them that progressive does not just mean support for climate action and social progress. In fact, I don’t believe you can be a true progressive when your class politics lean Right — when you oppose workers’ rights and are economically conservative. Social progress is incompatible with class inequality.

The Guardian and The Monthly let progressive voters down in 2022 Federal Election reporting and since, through their blinkered and biased coverage of so-called progressive “teal” Independents. This bias results in “Voices of” Independents being framed as pure, homogenous, as the only representatives of “grassroots” movements and as reliably Left-wing. 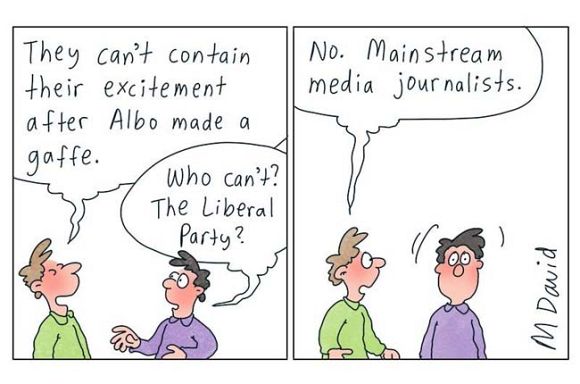 This week, the lottery of political “values” of the apparently grassroots Independents was on display when they split over Labor’s Fair Work Legislation Amendment (Secure Jobs, Better Pay) Bill 2022 (Industrial Relations Bill). The lack of scrutiny given to the actual values and policy positions taken by Independents has meant many who voted for them may now be very surprised at their contribution to Parliament. Many are finding the “Independent” voice they elected far from progressive.

I supported you & my 6 family members in Curtin who usually vote 1 Green or Labor gave you their first vote We were talking last night & disappointment is putting it mildly. You’ve actually voted on the same side as the big climate deniers. We may as well voted Lib.

“Voices of” Independents Zoe Daniel and Dr Monique Ryan voted for the Bill, along with crossbench members Bob Katter, Andrew Wilkie and the Greens. Those who voted against included “Voices of” MPs Dr Sophie Scamps, Kate Chaney, Zali Steggall and Allegra Spender along with Dr Helen Haines, as well as Rebekha Sharkie and Dai Le, who are widely known to be ex-Liberals — not that anyone in the media makes this point.

During the Election, The Guardian and The Monthly nailed their colours to the mast by favouring Independents holding the balance of power in a hung parliament. The Guardian editorial proclaimed ‘neither major party is offering a transformative agenda in this campaign’ and argued the ‘grassroots “Voices of” Independent movement’, alongside the Greens, would influence policy ‘for the better’.

It also went beyond its usual objective style of reporting by offering readers an interactive tool to find “Voices of” candidates in their electorate.

Rachel Withers in The Monthly has similarly made her love of Independents and Greens, rather than Labor, very clear.

‘For those hoping for stronger action on climate change, the news that Labor has just about secured a majority comes as a disappointment. Many had hoped for a hung parliament – with Greens and climate-focused Independents holding the balance of power – to force the Albanese Government to set a more ambitious 2030 emissions-reduction target.’ 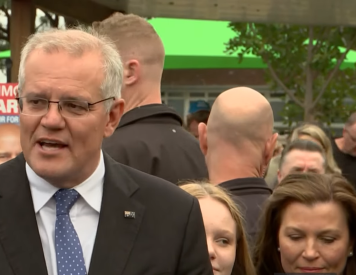 Sadly for Withers, Labor did win a majority. That gives Labor a mandate to enact their policy agenda. I’m sure this is very disappointing to those who have never had any class solidarity with the Labor Party and who would rather see so-called “Independent” MPs holding Labor to ransom. But the fact is, the voters have spoken. Labor won a majority in the lower house and so formed majority government.

In response to this splitting of apparently progressive Independents on Labor’s Industrial Relations Bill, rather than criticise those who opposed it for failing to live up to their so-called grassroots-around-the-kitchen-table-progressive values, Rachel Withers criticised Labor for not watering down the bill.

She wrote that this decision by Labor:

‘...says a lot about how this Parliament will be run. Is the Government only going to listen to the lower-house Indies when it suits it?’

It would seem Withers has forgotten that the Labor Party is the political arm of the labour movement. It will never suit a Labor government to amend industrial legislation to please non-progressive “centrist” Independents whose class values don’t align with its own.

Labor is forced to negotiate in the Senate. There, Labor must horse-trade with “Independent” senators whose values are up for grabs. A great example of this crossbench lottery is Senator Jacqui Lambie’s admission that she tried to mirror Senator Pauline Hanson’s racist policies because her advisor told her it was a good idea. How’s that for integrity?

It’s not clear what Labor will have to do to its industrial legislation to win over the Senate crossbench, including the vote of another time-will-tell-how-progressive-he-really-is Senator David Pocock. Pocock apparently tried to horse-trade-pork-barrel the cancelling of A.C.T. housing debt in return for his vote on the Bill, which is, I would have thought, not how integrity in politics is modelled.

That is why, in the lower house, there is no need to mess with perfectly good and much-needed legislation to please MPs who have no class solidarity with workers and have no intention to enact progressive industrial and economic legislation.

This attitude from Withers is reminiscent of a class of journalists, including at The Guardian and the ABC who claim to be progressive, but whose values align more closely with people who refer to themselves as “centrist” than those who fight for workers’ rights.

The Labor Party might not be the brand-new shiny plaything amongst progressive political journalists and commentators, an untouchable position that seems to give Independents cover from all manner of sins. But maybe it’s time journalists at The Guardian and The Monthly remembered the Labor Party was the first grassroots movement in Australian politics and remains a party of grassroots, promoting old-fashioned worker-centric values — fighting inequality.

There is nothing more progressive than that. When the real grassroots progressive Labor/labour movement wins majority, no truly progressive journalist would criticise them for using it to benefit working people.