State and federal governments have been rushing children back into schools despite not taking adequate precautions against COVID-19, writes Karen Armstrong.

MEDIA IMAGES of school entrances festooned with balloons and children and teachers celebrating their return belied the realities of reopening prior to a rollout of ventilation equipment and the paediatric vaccine. Since the start of Term Four, there have been tens of thousands of Australian children who have contracted COVID-19.

In NSW, around 500 children have contracted it every week and in Victoria, there have been thousands each week, with over 90 per cent of outbreaks occurring in schools. Whilst the state and federal governments don’t report the number of schools closed or impacted, community activists who have been tracking this estimate that since the start of Term Four, there have been nearly 600 schools affected in NSW and nearly 800 affected in Victoria.

Politicians framed their decision to reopen schools as being based on the welfare of kids and while it was a relief for many to return, if the politicians were genuinely motivated by concerns about children’s welfare, they would be doing a lot more to keep them safe.

Even if one accepts the premise that children’s long-term health is worth risking for the sake of the economy, or that attendance at school is necessary for educational or psycho-social reasons, the Government owes it to kids to make the schools as safe as possible and they gave an undertaking that they would do just that. But they haven’t. 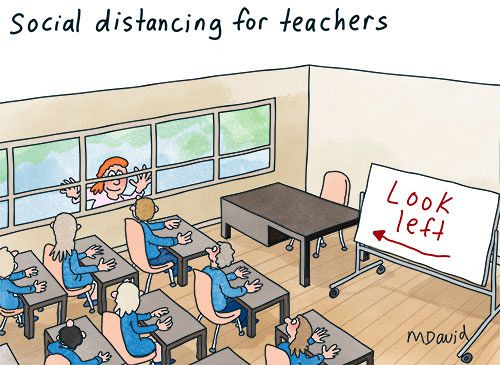 The Coalition must mandate enforceable safety measures for improving ventilation in schools, as key to controlling COVID-19.

It is now well established that one of the strongest measures in keeping schools safe is ventilation. The Victorian Government’s commitment to issuing schools with CO2 monitors and HEPA filters seems a sensible one, even if the rollout has been glacially slow. But in NSW, other than a few glib policy statements about ventilation helping to make classrooms safer and their dogged insistence that natural ventilation is best, the Department of Education and Training (DET) still hasn’t so much as mandated keeping windows open.

One of the assumptions the Government has relied upon is that a predominantly vaccinated adult population will make schools safe. It hasn’t and it won’t. Even when the younger children are vaccinated, breakthrough infections will occur. With the virus continuing to circulate, which even the Government concedes is a reality, schools will require the application of other measures. There is also the problem of vaccine resistant variants. It’s too early to say whether Omicron will fit this description, but eventually we are likely to encounter such mutations.

Sending children and teachers into schools without adequate risk mitigations in place isn’t just unconscionable, it contravenes existing WHS legislation, which is predicated on the idea that no one should be exploited for the sake of someone else’s benefit. The WHS legislation doesn’t just exist to protect workers, it exists to protect people who enter the workplace — and that includes students.

Aside from that legislation, under the common law, school authorities owe a duty of care to students and they must do what is “reasonably practicable” to protect them. This duty is drummed into teachers, yet the education authorities themselves show a reckless disregard for it. Many people wrongly assume that the Government gets to decide what an acceptable level of risk is and that the public health orders determine this. They don’t. What is “reasonably practicable” is assessed by weighing up the difficulties of mitigating the risk against the risk itself. 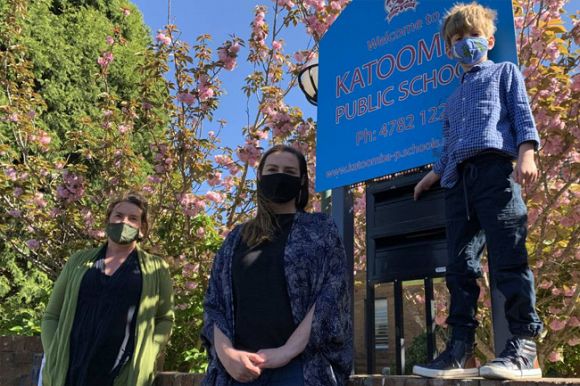 Better measures need to be taken to protect our children from the effects of COVID-19 after the Government has largely ignored their safety.

Much is made of the fact few children die from COVID-19 and it’s true that few do. However, one in 20 Australian children who have been infected have been hospitalised. Crucially, we don’t yet know what the long-term consequences of the disease will be for those who survive it, but there is credible evidence suggesting it may cause long-term organ damage to the brain, heart and lungs, even among those who experience a mild case.

International studies show that “Long COVID”, which is now recognised by the World Health Organisation, impacts approximately 8 per cent of children who are infected. This  results in a multitude of symptoms such as fatigue, cognitive dysfunction and shortness of breath, to the extent that they significantly impair everyday functioning.

It seems “reasonably practicable” for the DET to avert this risk by committing to the rollout of very affordable CO2 monitors in every classroom and, where necessary, the installation of air filters.

It is only a matter of time before those who have been infected by COVID-19 at school and adversely affected take legal action, just as those who have contracted it at work are now doing. There have already been over 2,000 COVID-related workers' compensation claims in Australia and there are class actions for COVID-19 exposure in the pipeline.

Given that over 60,000 children in Australia have been infected since the start of the pandemic and an estimated 5,000 of them likely to be impacted by Long COVID, it would seem prudent for school authorities to start taking this seriously.

Education authorities ought to remember that they aren’t just under a moral obligation to protect. They are under a legal obligation to do so. And the implications for ignoring such responsibilities may well extend further than a guilty conscience.

Karen Armstrong has worked in human services and community welfare and as an English teacher in high schools. She is now working in the field of mediation.

1 February 2022, 3:00pm The Perrottet Government isn't doing enough to ensure the safe return of kids to ...

8 December 2021, 11:00am State and federal governments have been rushing children back into schools despite ...

7 February 2021, 8:00am The Coalition must mandate enforceable safety measures for improving ventilation in ...
Join the conversation
comments powered by Disqus
News updates