The higher education sector needs funding reform or government intervention to recover from severe losses due to the pandemic, write Naomi Moy and Dr Francesco Paolucci.

HIGHER EDUCATION has played a significant role in Australia’s development; it is frequently integrated into regional policy and was reported as Australia’s fourth-largest export in 2019.

Universities play multiple roles in society, providing education and redistributing knowledge as well as contributing significantly to research and development. In 2018, over 631,000 students had started studying at a higher education institution.

However, the higher education sector has been significantly affected by the health regulations introduced to protect Australians from the SARS-CoV-2 virus. As a result, several universities have cited expected funding shortfalls from $44-$115 million and modelling has suggested that all universities will be negatively affected. It is estimated that universities will experience a $3 billion-$4.81 billion decrease in 2020 revenues as a result of the pandemic. 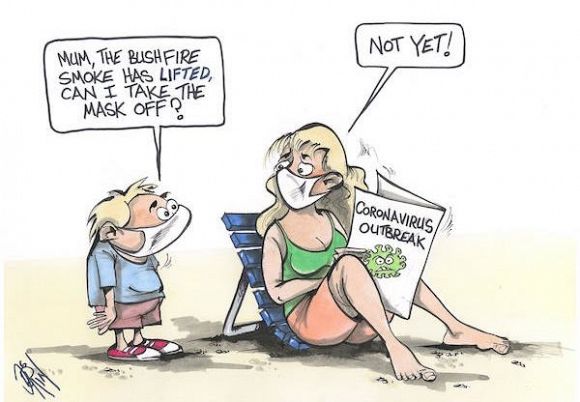 Australia’s Chinese students are languishing in China due to the coronavirus travel ban and our universities are feeling the financial strain.

What is the problem?

Current funding structures for Australian universities have left them susceptible to deficits caused by regulations implemented to stem the spread of SARS-CoV-2. As a result of previous adjustments to government regulations on higher education funding, a majority of Australian universities has become largely reliant on funding received from fee-paying international students.

Combined with a scale-back of activities to meet COVID-19 restrictions this has led to significant funding shortfalls in Australian universities. It is estimated that 21,000 higher education jobs are at risk in the next six months. An estimated 7,000 of these positions are in research and there are concerns that the downturn will disproportionately affect recent graduates, early/mid-career researchers and female researchers.

Despite the number of stimulus packages being enacted to reduce the impact of the SARS-CoV-2 pandemic, these interventions have protected employees of industry, charities and public service, whereas university employees have been left out. There has been a considerable level of inaction to protect Australian universities by the Government and it appears recent degree cost reforms are likely to leave institutions worse off per Higher Education Loan Program (H.E.L.P.) student enrolled.

Why has the higher education system been left out?

The initial provision of higher education in Australia was as a private good, meaning it was excludable by the number of available positions and the cost to study. However, educating the masses had considerable economic viability and came to be considered something that should be a merit good.

Once higher education was considered worthy of public funding and to avoid being fully excludable, the Australian Government regulated the higher education sector. The result of this reform was a sector where a large proportion of providers were publicly funded.

A proportion of this funding is linked to the number of students enrolled under H.E.L.P., research grants and propped up by international student fees. Similar to the USA and the UK, this has driven higher education institutions to be highly competitive and pursue business institution funding models.

This competitiveness may have meant that universities in Australia have not been able to present the value of the sector to Australia’s economic development. However, the impact of the SARS-CoV-2 virus will require an all industry-level response to ensure the future of higher education in Australia.

What is happening overseas?

In comparison, the higher education systems in France, Germany, the Netherlands and Spain follow a public goods model. They are fully funded by the state and charge no or low fees to domestic and international students.

This has meant that these higher education systems are protected from the majority of the economic fallout from the pandemic and government regulation has encompassed the sector.

The UK Government introduced a support package for higher education. Not only are higher education institutions in the UK able to access all government support packages, but there has been a guarantee on government-funded student numbers, increased support for domestic and international students and a £100 million (AU$180,683,120) Quality-related research funding scheme.

In Spain, the government intervened to help protect the vulnerable in the higher education system: casualised workers and students. Workers have had contracts extended, while there has been a reduction in course fees and an increase in scholarships provided for students. Although, there is concern universities will feel the economic ramifications in future national budgets.

As the Australian Government begins the de-escalation from COVID-19 interventions, they have focused on reviving the economy and the prospect of future jobs. As such, they’ve introduced the Job-Ready reform.

What happens with the Job-Ready reform?

The Job-Ready reform is an overhaul of the current fee system, which has provided contribution discounts to degrees that the Government has forecasted to be needed in the future. This restructure has meant that some degrees are paying more, but the government contribution per enrollment has decreased, leaving universities worse off and reliant on the choices of students.

These restructures are good news for students in S.T.E.M.-related degrees, however, those in humanities, law and commerce degrees are paying more in HECS. It is expected that the changes will push students into “job-ready” degrees. However, as has already been pointed out, the new fee structures provide a perverse incentive to offer more places to higher-fee paying students.

In addition, students are indifferent now and it is likely their discount rate will not change. The government price restructures may have little impact on those who are indifferent to their future level of earning or employability.

However, if a majority of students are price-conscious and prefer a cheaper course today, then even with the prospect of an uncertain future they will funnel into the cheaper courses. Given the international market risks, this ambiguity has the potential of killing the current system of education for good.

How to move forward?

Despite the new fee structures, there is still no safety net for Australian universities to fall back on without government assistance or greater reform to funding models.

Government intervention for the retention of staff has been initiated in other sectors, yet academic institutions are unable to access the scheme in Australia. Meaning the largely casualised work staff are not protected from layoffs.

A short-term and COVID-19 related initiative could be to include higher education in the Job Retention Scheme. Universities need certainty and would be willing to contribute to the discussion of specific restrictions to allow international students to return to Australia and re-commence their studies.

One option to support Australian universities could be to borrow money, however, higher education in Australia is part of the public sector. Borrowing from private funds is not an option as a public sector and the level of industry donated funds is reducing.

A radical option would be to tax universities on the basis of the number of students that are domestic or international and use this tax to create a university solidarity fund. It would be similar to those used to mitigate risk in insurance. This could initially be propped up by the Government to ensure the viability of the plan before becoming reliant on university funding alone.

The sector is not one to wait around for government intervention, with a number of Australian universities already voluntarily reducing the wages of top-earning staff, instigating redundancy packages, freezing contract renewals and announcing closing closures.

Without funding reform or government intervention, the nation's third-largest industry and greatest contributor to research and development will severely retract. 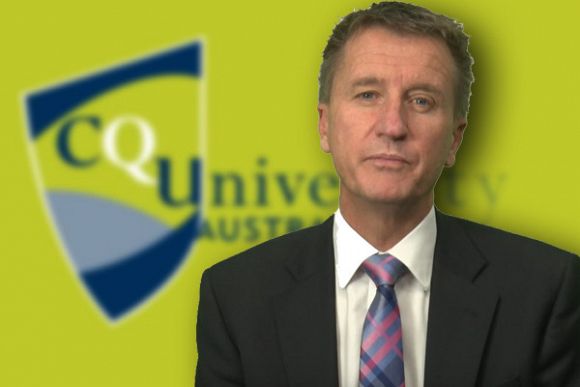 An anonymous group of academics from Central Queensland University has voiced concerns over the way their jobs are being put in jeopardy.