Qld's Newman and Bleijie trainwreck: It didn't have to be this way

With news its Premier and Attorney-General are now being sued by lawyers for defamation, Sunshine Coast barrister Alex McKean details Queensland's developing political and legal disaster.

IT DID NOT HAVE TO BE THIS WAY.

The conservative side of politics in Queensland could have played it quite differently.

After years in the wilderness, the LNP could have had a fresh start and finally moved beyond the shadow of corruption imposed by the Joh-era.

The LNP could have demonstrated all of that was in the past, and established credibility with the electorate, by respecting and protecting those institutions created in the wake of the Fitzgerald report, as well as by acting consistently with its promises of transparency and accountability.

Instead, the LNP has squandered the opportunity.

It has reverted to a form of government closely based on the corrupt Joh regime. Like that regime, it has treated political opponents and critics with contempt and sought to bully and bluster its way through any form of opposition.

I repeat, it did not need to be this way.

For the first year of the new reign, apart from a few scandals involving inexperienced new members of Parliament, there was no real need for alarm.

Enter the Attorney-General, Jarrod Bleijie, who has become the poster boy for everything which is to be despised about this Government.

Throughout the latter part of 2013, a person could be forgiven for thinking the Government was composed of Campbell and Jarrod, with an occasional cameo from the police minister (no, I can’t remember his name either). There may as well have been no other ministers, let alone backbenchers, involved in the show.

But many of those faceless backbenchers have been condemned to being turfed out of office (many of them after just one term) by the stupidity and incompetence of Noddy and his faux wunderkind.

It was in October 2013 that the Government lurched onto its present track of self-immolation. The backlash about the anti-association laws was on. All opposition had to be crushed. No political price became too great to pay to maintain the line.

But then, as so often happens in such circumstances, lines were crossed.

It may be we will never know why the premier was so desperate to keep his man in the top job at the CMC (Crime and Misconduct Commission). Perhaps, he did not want to lose face or, maybe, no other pliable stooge with appropriate credentials was appropriately placed to step into the role.

It may be that the identity of the witness who contradicted Dr Ken Levy’s evidence to the PCMC played a role — none other than Mr Lee Anderson, Newman’s chief spin doctor.

Whatever the reason, the Premier took an irrevocable plunge into the dark when he chose to sack the entire PCMC. This was the first occasion when the government showed it was willing to sweep away the structures of accountability, which had accumulated since the Joh-era, when the government found them inconvenient.

Newman has since found, as did Macbeth, that, having taken that plunge, he is condemned to stay the course and ride out the catastrophe to the bitter end.

The act of sacking the PCMC crystallised fears that a demagogue was once more in control in Queensland. Those institutions, upon whose co-operation the government depends, began to push back. More and more voices clamoured for the government to reconsider some of its more rash and rushed decisions.

Having decided to play the ‘tough on crime’ card, Newman was obliged to carry on down that path, also, or risk seeming ‘weak’ by revisiting any of his ridiculous and ineffective laws.

Again, people began to wonder who may be targeted next.

‘First the bikies, then the unionists, then the greenies’ seemed a fair assessment of the situation. Criticism was shouted down and met with personal attacks upon the critics. Most disgracefully of all, critics were labeled as apologists for criminal bikies and paedophiles — and even, in the case of lawyers representing bikies, "hired guns" who were

Newman and Bleijie are now being are now subject to a $1.2 million defamation claim over that last statement — something the premier has said he is happy to defend at the public's expense.

Relations with the judiciary, already strained after juvenile thought bubbles from the boy AG, reached breaking point. Relationships within the judiciary were also difficult.

The chief justice, Paul de Jersey, having already shown an appalling lack of judgment in publicly calling for the elimination of the presumption of innocence, then adopted a shameful silence. Presumably, now he has achieved his reward, the longed-for post of Governor, his silence at the destruction by Newman and Bleijie of the rule of law will continue.

There was outrage when Chief Magistrate Tim Carmody, Newman’s picked man, decided that all bail applications for bikies would be held in his court, implying a lack of trust in the competence of any of his colleagues to do the job. What reward Carmody will be offered for his compliance with the regime is not yet clear.

But the train rolled on.

Criticism continued to be swept aside with contempt. The Courier-Mail ditched its editor and a toady was brought in to sub-edit Lee Anderson’s press releases. Anyone who did not follow the party line was a unionist dressed up as a [insert whatever group the government was then at war with]; was misinformed; or was lying.

There was an opportunity to turn back.

The game still could have been played differently, even after all the carnage. When the good citizens of Redcliffe were given an opportunity to mark the Newman scorecard, they took to the task with gusto. There was an 18% swing against the Government.

Newman’s response to this drubbing was confused.

On the one hand, his frantic army of spin-bots cooked up stories about unionists (and firetrucks) in disguise. Even Lisa weighed in, accusing the union thugs of unspeakable innuendo.

Looking at the Courier-Mail front page that Sunday, I wondered whether an election had even been held. After all, if the metropolitan newspaper doesn’t give it prominence, then has it happened at all?

But the premier’s statement in response to the February poll told a different story. He said he had heard the message from Redcliffe and promised to "listen more" to the Queensland people in the lead up to the State election in 2015. The idea of repealing the anti-association laws, before the expiry of the 3-year sunset clause, even appears to have been tossed up for a moment.

This idea vanished, presumably, when Newman was reminded by his coterie of advisers of the trap he is now in. How can he repeal the laws without seeming weak? What if a hairy tattooed person commits a crime the day after repeal? Having let the genie of fear and loathing out of the bottle, it is devilishly tricky trying to put it back in.

Tragically, there has been no evidence that this Government has learned the error of its ways. If anything, the arrogance and bullying has been stepped up several notches.

The latest conflagration has involved the outgoing solicitor-general, who has called for the resignation of Attorney-General Jarrod Bleijie. Walter Sofranoff’s open letter and subsequent radio interview contained many important points and an accurate assessment of the Attorney’s capacity.

Possibly the most concerning feature of Sofranoff’s assessment of Jarrod Bleijie is his view that the attorney-general does not even realise how important a transgression he has committed.

The attorney-general has attempted to defend himself, but it is not really fair to be in his position. He is outmatched by his opponent to the same degree as his colleague, the health minister – a fellow who left school at 14 – is when facing the senior medical specialists with whom this government has inexplicably also begun a war.

In conclusion, the Newman-Bleijie axis has been incredibly destructive of the trust the public placed in the LNP two years ago. So much goodwill has been squandered that many of those who have been overshadowed by this pair of incompetents will stand to lose their seats in the not too distant future. 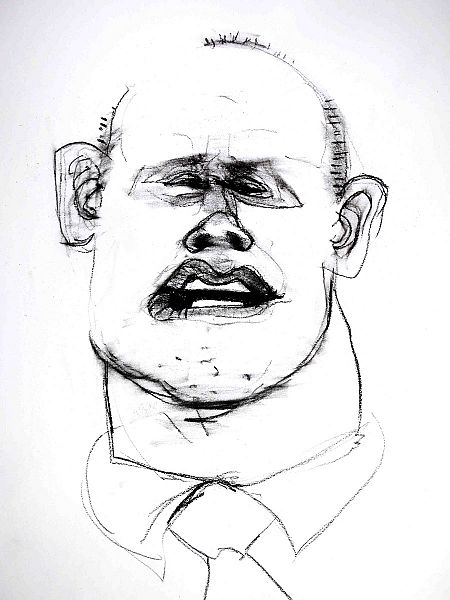