Climate change is having a disastrous impact on both the Queensland environment and the health of its residents, writes Todd Green.

THE WORLD IS heating up largely due to the burning of fossil fuels and the environment is being changed by the rising temperature. Some deny the science, but in Queensland, coral reef bleaching and increasingly severe weather are becoming more difficult to explain any other conceivable way.

When it comes to climate change, Queensland has more to lose than most. Its World Heritage-listed Wet Tropics are home to the world’s oldest living rainforests and the Great Barrier Reef is the jewel in the state’s environmental crown. So, who’s to blame and what’s being done? If you don’t have an opinion on global warming, perhaps this snapshot of what’s coming will help change your mind.

Queensland’s Wet Tropics is a World Heritage area stretching 450 kilometres from Cooktown to Townsville. It contains Australia’s largest rainforest area and is home to 36% of the country’s mammals, 29% of its frog species, 59% of its butterfly species and half of its bird species.

A report by the Wet Tropics Management Authority found that climate change is becoming the most significant threat to the area, with evidence showing that animals unique to the region are in accelerated decline. Populations of the beloved koala have declined by around 80% in the last 25 years. The popular turtle is also in danger. The gender of turtles is determined by the temperatures of the eggs — at about 30°C, only female turtles are born, dangerously endangering future breeding.

The Authority called for urgent action to protect the area so it could withstand the impacts of climate change, but joint funding for research has declined in recent years and is no longer a Federal Government priority.

The tropics are suffering from severe local and global pressure, representing an irreplaceable region of biodiversity, the importance of which to the Queensland tourism industry cannot be overstated. The loss of such would mean a loss of identity for the Sunshine State and the intrigue and wonder surrounding this environmental phenomenon would dissipate. The tropics still represent a priority for the Queensland Government because if they lose their World Heritage status, the domino effect for the multi-billion dollar tourism industry will dramatically damage Queensland’s economy.

The trials facing the Great Barrier Reef are more widely documented. Rising water temperatures are now recognised as the biggest threat to the Reef, along with rising sea levels, higher acidity and more frequent and violent weather events.

Climate deniers claim coral bleaching is natural and that corals will adapt to the increasing temperatures. However, with current rates of warming faster than anything experienced for millions of years, it seems unlikely that evolution will be able to keep up.

So what does this mean for Queensland? Even on a purely financial level, the Reef’s tourism and fishing industries contribute almost $7 billion a year to the national economy. Surely it would be in the Government’s interests to start doing more to protect such a national treasure.

What does this mean for the people of Queensland?

A lesser-known impact of global warming will be on human health. Queensland's tropical and sub-tropical climates and a decentralised population make the state vulnerable to a range of health issues related to rising temperatures, extreme weather events and the spread of tropical diseases.

Just to name one example, the main carrier of dengue fever and to a lesser extent, zika, is the mosquito Aedes aegypti, which is typically found in northern Queensland and causes outbreaks annually. The region suitable for the transmission of these diseases is forecast to expand southwards along the Queensland coast and into northern NSW in the next 100 years, should the climate continue to grow hotter and wetter.

It may yet experience a further loss of land; the Gold Coast has more homes than any other region in Queensland, possessing 110 metres of erodible coastline, putting more than 4,000 residential buildings at risk of being destroyed.

And there’s no doubt the Queensland economy will suffer because of climate change, with its tourism industry hardest hit due to the degradation of its natural attractions. There could also be a cost for mining and agriculture, both of which contribute over 11% to Australia’s overall GDP, should the extreme heat make it unsafe to work outside for long periods or for the safe breeding and growth of agricultural product.

Is anyone in Queensland doing something about this?

The Queensland Government says it’s committed to playing its part in addressing the impacts of climate change. There are a number of projects designed to tackle various aspects of global warming. 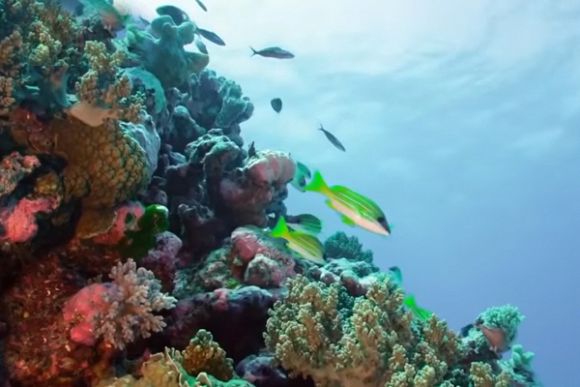 The renowned wildlife presenter and natural historian has criticised the Morrison Government for its lack of action on climate change and its support for new coal mines, saying:

“You are the keepers of an extraordinary section of the surface of this planet... what you say, what you do, really, really matters.”

And indeed, the Federal Government’s own projections show that Australia is unlikely to meet the country’s emissions reduction targets, agreed to at the Paris Climate Agreement.

Australian efforts to reach these targets have been judged as ‘insufficient’ by the Climate Action Tracker to date. Their projection for 2030 is that Australia will have reduced emissions by 11-14% below 2005’s rates.

Australia is the world’s largest coal exporter and third-largest exporter of fossil fuels and Prime Minister Scott Morrison has declared that his government’s approach to climate change is to balance its global responsibilities against ‘sensible and practical economic policies’.

It’s time to pick up the pace

While we can all acknowledge the place that jobs and the economy play in society, without further conservation and dedicated environmental policies put in place, environmental landmarks like the Great Barrier Reef and the Wet Tropics of Queensland will cease to exist, potentially within our lifetime.

In addition, the impact on inhabitants of Queensland will increase both to their health through mosquito-transmitted infections and to their homes through the reduction in livable land along the coast.

It’s time for the Federal Australian Government to follow Queensland’s example and re-prioritise Australia’s environmental policies and position before these iconic environmental landmarks are lost to climate change.

Todd Green is a freelance writer specialising in business and education or focusing primarily on the meaning of life.

3 July 2021, 12:00pm Climate change is having a disastrous impact on both the Queensland environment and ...
Join the conversation
comments powered by Disqus
News updates