Pyne short on maths when it comes to 'prestige' degrees

Is the Minister for Education, Christopher Pyne, having a lend when he reckons it's fair to pay over $500,000 for the same degree he got for free, asks Luke Sulzberger.

OUR CURRENT Minister for Education, Christopher Pyne, has justified a deregulation of university course fees and the introduction of up to 6 per cent interest on these new debts with the argument that university graduates earn on average 75 per cent more than their non-university educated cohort.

By Pyne's reckoning, they should, therefore, shoulder the cost of education.

http://t.co/3j7DqNSVx3 How about any 1 in gov paid 6 figures pay back freebie education they received,from the good old #Labor days.#auspol

What Pyne hasn’t told us is, for some, this means lifelong debts totalling over $500,000 for the same degree he received for free.

The ear-marked deregulation will see Australian students pay at least as much as currently paid by international full-fee students according to Grattan Institute Higher Education program director Andrew Norton.

The Australian Financial Review’s Tim Dodd said that “prestige” degrees of Law and Medicine would see up to a 300 per cent increase. This is backed by modelling provided by the National Tertiary Education Union. 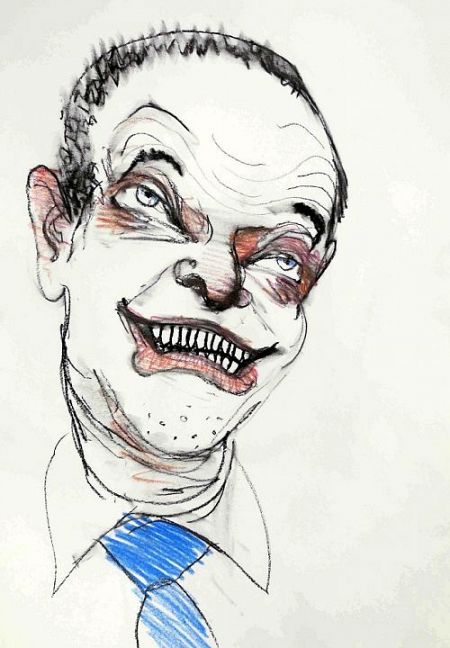 A HELP-based (the system was renamed for reasons that will soon become obvious) Law/Science degree at University of Sydney costs $46,300, indexed with CPI, and payable at a rate of 4-8 per cent of income depending on income.

This represents a massive 400-1,200 per cent increase in the initial HECS payback rate. Over fifty years, the student will pay $540,000 in total and be in debt for their entire working  life.

Hi Australian media, I give you permission to have an absolute field day with this: http://t.co/T2ySH8RWYq #pyneliar pic.twitter.com/vQGAVJwgap

What Pyne may have also conveniently missed is that this figure is an optimistic one because it doesn’t allow for the graduate to experience a few months where they are out of high income work let alone months, or years off to have a child.  And heaven help any student who drops out mid-degree or can only find low income work. The debts of these students are too scary to calculate.

If the Minister for Educations believes that university graduates should pay for the opportunity to earn 75 per cent more income, surely this applies regardless of when you attended university? Lawyers who graduated with no debt, or $9,000 non-interest-bearing debt, or $60,000 debt, or a $540,000 debt, have all had the same opportunity to earn more by virtue of their education.

Why should this massive burden fall only on the current generation of students?

Would it not be more logical and efficient (not to mention fair) to increase the income tax rate of the demographic earning this “75 per cent more” to pay for the hike in education fees?

And most importantly – other than ensure future lawyers only come from one type of family – how does any of this help Australia move forward from a mineral-export-based economy to a modern technology, services and innovation-based economy?

Pyne short on maths when it comes to 'prestige' degrees