Pyne and the Sodom factor

Christopher Pyne has clearly been pondering the fate of Sodom, says Bob Ellis, and may, therefrom, have exceeded his mandate. 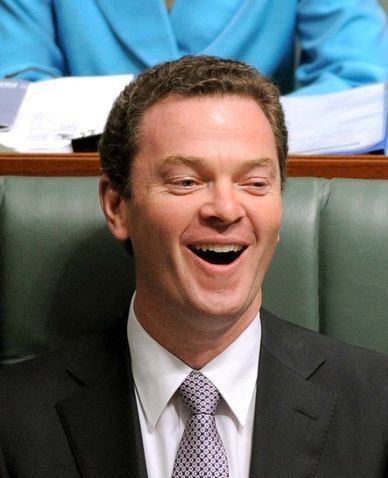 CHRISTOPHER PYNE has clearly been pondering the fate of Sodom.

In Genesis 18, you will recall, Abraham asks God if, in immolating Sodom, he doesn’t mind destroying the righteous with the wicked. God says, What righteous? What are you talking about? Abraham says, well, if there are fifty righteous men in Sodom will you spare it? God says yes. Too right. Abraham gulps, and asks if there are twenty, will you spare it? Absolutely, God says. My oath. Abraham haggles him down to one, and there still isn’t any. And Sodom burns, in what seems now a rehearsal of 9/11.

And so it went last night on Sky News with Richo pleading with Pyne to spare Gonski. And Christopher, Godlike, said he would not spare it, nay, not even for O’Farrell, nor yet for O’Farrell plus the Labor states, nor by Yahweh would he spare it, even for seven out of the eight states and territories. He would spare Gonski only if every state signed on. And if they did not, the disabled and Aboriginal and language-challenged hobbled and crippled children could burn in Hell for all he cared. He would not spare them. Not a one of them.

In thus impersonating the God of Israel, Christopher may have exceeded his mandate. Richo was baffled when told in arch and fearsome tones no contract would be honoured and O’Farrell must take his punishment like a man.

It may be that Christopher has become insane.

O’Farrell, thus thwarted, may feel like the visiting angel in Sodom whom the Sodomites wished to anally penetrate, and Lot, a good host, protected by offering the surging crowd his daughters in place of that heavenly arse, and he may not like the sensation. And he may soon seek his revenge.