The Pirate Party advocates copyright laws that allow for invention and innovation, rather than strangling and entrenching market domination for multinationals. Mark Gibbons from the Pirate Party comments. 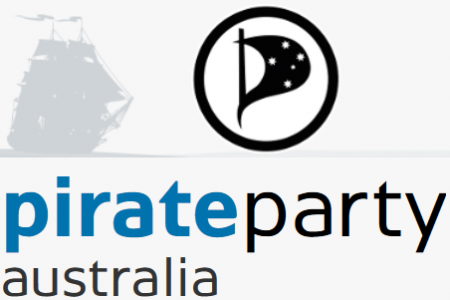 IN 18th century France, the penalty for unauthorised copying was death.

The problem of copying was considered to be serious; lowly peasants were designing clothes for themselves with scant regard for the fact that many fabric designs were claimed as the private property of noble families.

The nobles petitioned the king and the king imposed a series of escalating punishments. By the end, the standard punishment was for infringers to have their bodies broken and then woven through the spokes of wagon wheels. The crackdown ultimately led to 16,000 deaths.

It also had absolutely no effect on the problem of sharing. Colourful fabric designs spread rapidly, even as the body count grew. A lesson should have been learned; it is innate to people to share and copy and spread ideas and cultural artifacts. Humans learn and grow by mimicking, and for most of history copying has been an accepted part of cultural progression.

Another practice common through history is the reuse and remix of what has gone before. Shakespeare is the obvious example of one who reused, remixed and recombined earlier stories to produce great works, but there are countless others.

Modern copyright law matters because it seeks to prevent all that. Half a century of concerted lobbying has convinced generations of policymakers around the world that culture cannot exist without the right to exploit it perpetually for monetary benefit. If that seems capitalistic, think again — copyright laws depend entirely on governments to explicitly nullify the free market in favour of state-sanctioned monopolies on speech, trade, and expression.

When copyright law was first introduced, the standard term was around 14 years. Repeated extensions have made it effectively indefinite, ensuring that copyright primarily services corporations rather than artists. Reuse is largely forbidden now, and the degree of abuse of the public has, in some places, begun to resemble dystopian fiction. Copyright is choking off our collective access to culture.

Copyright holders are also bringing punishment theater back. Laws have been re-written to allow downloaders who infringe a copyright to be sued for millions of dollars: some victims of this punishment theatre were dead, some had no computer, others were proven innocent — but many have been successfully bullied into settlements by the prospect of bankruptcy through legal costs.

Corporate copyright holders have lobbied fiercely for the right to monitor private communications and disconnect people from the Internet without engaging in due process.

It is this step which brings the choice into the starkest relief. Modern copyright laws can no longer co-exist with the right to private communication.

Which do we value more?

Is the public interest truly served by criminalising an entire generation for the very modern crime of sharing culture?

There should be no debate against the proposition that artists and designers need to be able to make an income. However, file-sharing costs "the economy" nothing — money not spent one way is simply spent in another. And the bulk of credible research goes a step further, showing that file-sharing does not even cost artists money. Falling revenue from recorded music has been more than offset by rising spending on live music and streaming — and it this spending which opens the way to new and emerging artists.

Theft removes something from someone's possession. Copying is by definition not theft. Since modern copyright law has turned a very large share of the public into “pirates”, a global movement has formed seeking to reclaim the term. But what does it really mean to be a “pirate” in an age where copyright is so abusive?

The self-styled "anti-piracy" movement invariably seeks to impose cultural and informational hierarchies and undermine civil liberties and technology. Pirates, in the political sense, seek to take the exact opposite stance.

Pirates oppose abusive hierarchies in every form. They stand with ‒ and surpass ‒ narrower groups, which oppose only government or corporate over-reach (copyright law being the fusion of both). The Internet ‒ liberator of potential and destroyer of scarcity that it is ‒ needs strong defense against control, censorship, and monitoring. 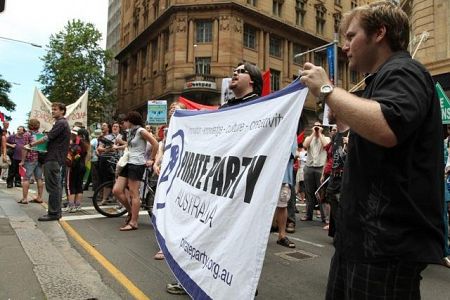 Pirates are advocating patent laws that safeguard inventions under development rather than strangling them and entrenching market domination for large players. The time has surely come to stop recognising patents on human genes. Support for science and technology puts pirates in a strong position to advocate meaningful action against climate change and many of the other scientific challenges of our age.

Abusive hierarchies melt in the face of scrutiny, openness and accountability, and whistle-blowers should always find help and support among political pirates. Free speech and privacy always need defense against perpetual undermining conducted in the guise of “striking a balance”. Pirates often advocate the withdrawal of heavy-handed state interventions in marriage rights, euthanasia and the war on drugs.

The values of pirates apply across many different areas of law and policy, but copyright law needs particular scrutiny. Copyright needs reform to protect “fair use”, and the right of artists to re-use and sample earlier works. The moral rights of creators to be identified with their work should never change. Crown copyright should be abolished to ensure the public has access to the work it has paid for. Copyright duration should be reduced to a level more consistent with supporting creative output. Non-commercial use of copyrighted material cannot be stopped, and the futile campaign of abuse against the general public should end. And the state should shift to a supportive stance with regard to live venues and facilities that provide a path for emerging artists.

Ultimately, political pirates believe that business models which must violate civil liberties in order to make money should not exist. Criminalising normal behavior in the name of anti-piracy is self-defeating: it simply makes pirates of everyone.