Orwell and the PPL: The mothers who miss out

All babies are born equal, but some are more equal than others, writes Bob Ellis.

LET US NOW LIST the women who won’t get PPL in the next five years.

Those who run with their husbands a small business, and pay company tax, and do not pay themselves a big wage. Those who married a farmer, and work round the clock, and are not paid a wage for it.

Those who work now in a factory, if that factory closes by Christmas. Those who work three days a week as a waitress, when the cafe closes in a country town whose manufacturing industries are going offshore.

Those who are usherettes in a small art cinema in a provincial city, now closing for want to customers. Those who worked as nannies, for couples now leaving town.

If they do not have a job in the fifth month of pregnancy, they get nothing. If they apply for a job in that month, they will not get it.

Some of these women are jealous of those Packer, Elliott, Rinehart or Turnbull women who will get fifty thousand for having a baby while on leave from a job their father gave them, or arranged for them. They will resent the new Orwellian rule that all babies are born equal, but some are more equal than others.

Once you add in women from certain cultures who have seven children and do not have an official job outside the family dwelling, this adds up to about twelve million women who will not get the PPL and will not like paying for a doctor’s visit they for thirty years weren’t charged for. Or losing sixteen hundred a year in schoolkids’ money Shorten gave them and Abbott is taking away.

Though these things are apparent to anyone who can add, they are not to Hockey, Andrews, Pyne or Abbott.

They see this enrichment of the fertile wealthy and punishment of the infertile old, and the unemployed, and those who cannot, because of a resident mother-in-law, or a disabled uncle or autistic child, afford a third child, or a second, or, because of large rents, a first, in a town where Holden has been told to go away and Toyota has gone away too and all the adjacent component small businesses have gone bust.

Hockey has called ‘entitlement’ the wages Shorten argued for a carer of a disabled son and got and Andrews has taken away.

The interlinking of these things, not apparent to Hockey, who is not intelligent, has caused a rage in five million women and a despair in a million more, who will never vote Liberal again.

Which means this is a lame-duck Government already.

It will not get this Budget through — and Abbott, nailed to the mast of his PPL, which no National and few Liberals want, must resign, or should resign because of it soon. Or call a double dissolution, or the GG call one for him, on the advice of the Leader of the Opposition, as Kerr did in 1975.

The average of all the polls this last week shows the Coalition losing thirty-six seats. These will include Barton, Petrie, Eden-Monaro, Dobell, Capricornia, Reid, O’Connor, Lyons, Solomon, Banks, Hindmarsh, Page, Braddon, Gilmore, Lindsay, Robertson, Deakin, Bonner, Corangamite, Durack, La Trobe, Bass, Brisbane, Ford, Macquarie, Hasluck, Dunkley, Herbert, Mallee, Flynn, Swan, Dickson, Longman, Boothby, Casey and Cowan. How can they be therefore said to have a mandate for anything at all?

This is a terrible situation and in many countries leads to an army coup.

This bunch of ratbags should spare us that, but it is possible some of them are talking about it.

They are awful people, and we should be done with them. 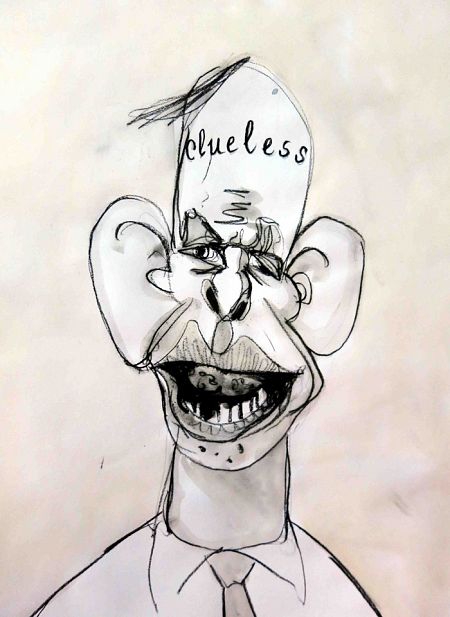