Of men and human nature

With claims of misogyny and sexism circling powerful men in our society, the image of men is at an all-time low. Matt Mitchell, however, says men are not all bad. 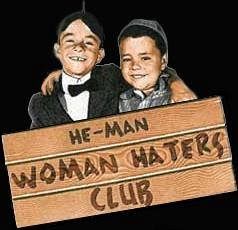 The media right now does not paint a very flattering picture of men.

We have Tony Abbot being derided as a misogynist, Alan Jones as insensitive, as well as some recent unspeakably disturbing violent crimes against women.

Is this a problem with just a few prominent men and rare criminals, or is there a fundamental problem within our culture in relation to men in general? In either case, to what extent do these problems emanate from the behaviours of the powerful in our society? Our public figures tend to have official power, either in the media or in the parliament, whilst the criminal offences involve power in the form of violence.

Perhaps the concepts of power and masculinity have become intertwined?

Are people associating power with traditional male behaviours of frank outspokenness and violence? Male power invokes overtones of cold, hard logic and of the capability of resorting to various forms of coercion, if not outright violence. Both of which are accepted as necessary qualities in policy makers for dealing with difficult choices that must be made — whether it be job layoffs at an organisation, or austerity measures that affect whole nations.

Because of this intertwining of concepts associated with masculinity and power, being male implies a hardness – perhaps a cold-heartedness – so as to achieve whatever is necessary or practical at the time. But is this really what being male is about? Or is this a skewed image of men? And if it is not normal or necessary for men to be like this, then is it necessary for our leaders to be like this?

In the first case, I argue that is it not necessary for men to act or be seen to act as lacking empathy, compassion or capable of violence. In fact, I go further and say that what is seen as normal male behaviour is more of a cultural product than an innate part of men themselves (anthropologist James Prescott made a similar claim). I argue that men are, under free circumstances, no more, and perhaps even less, violent than women. The violence we see in men is no more than an echo of the violence we see from those in power; traditionally men, but not necessarily so. Given the brutality so many men have experienced through war or work over the past 200 years, perhaps it is no surprise that violence is so prevalent in our society. As many families know, violence as a learned response may be passed from one generation to the next.

We have some indication of the existence of quietly spoken kindness and gentleness in males from the few unusual men who come into contact with power or powerful institutions but who do not follow the pattern of typical powerful people. Often these institutions are religious, giving us examples such as St Francis of Assisi and the Dalai Lama. But can these be dismissed as a rare type of religious man, who by their very spirituality set themselves apart from the norm?  Personally, I believe not, but I cannot prove it and I doubt that anyone can. All that can be shown is that the corrupting influence of power and violence (verbal or physical) to achieve one’s desired ends seems to permeate all human cultures as has male dominance in regard to holding power and authority.

I wish to promote the idea that it does not need to be this way, at least not for most people. Apart from exceptional cases of self-defence, we do not need to resort to violence to achieve our ends. And there is no useful role in society for hatred at all.

Let me use parenting as an example and, as we are talking about men, I will consider the role of the father. If a father has a child who is behaving selfishly, he does need to discipline that child. However, physical coercion is rarely necessary. The correction to the child’s understanding can be achieved, in most cases, by either withholding some treat or by sending the child to his or her room. There is obviously no need for hatred, nor for anger. The prime motivation is, in fact, love and the aim is to help to the child learn what is acceptable behaviour.

The same principles can apply to society more broadly. If people are behaving selfishly, then the primary motivation should be to correct their behaviour and not to punish (that is, love and not revenge). Alan Jones and Tony Abbot are entitled to be treated under this same principle. In extreme cases, such as criminality, if the behaviour cannot be corrected and is sufficiently intolerable then imprisonment or exile may be acceptable until an improvement can be demonstrated. But, I argue, the underlying motivation should not be hate or revenge and, where possible, violence and coercion should be avoided.

There is historical evidence to support the philosophy that acting without love extracts a toll and is unsustainable. Protest movements are an example here. Mass protests early in the industrial age were violent. These protests resulted in officially sanctioned hangings and deportations (often to Australia). Furthermore, the escalation of violence by protesters (which culminated in assassinations) disgusted some protestors and created divisions in the movement. Outraged members of the movement began to inform on other members who used these tactics. What eventually was learned from this was that the protesters strongest weapon was the withdrawal of their participation in the system. Thus we had the formation of the labour union movement — a non-violent response (mostly) and a relatively effective one.

The concept of love and non-violence is of crucial importance in protest movements today. Protests such the Occupy movement are a response to the selfish actions, not of children, but of some grown people in our society. Learning how to conduct such protests in a loving and caring way has taken some time. The fact that such non-violent approaches have, in large part, been developed and championed by men demonstrates that men can achieve their ends by other means, and in doing so can set a new standard of behaviour.

It also demonstrates that true power really lies with the common person, the ethics of the masses. By withdrawing our support from a system, in terms of labour, participation, or consumerism people can change the system. Not without pain mind you. The loss of income and the suffering of the pioneers of the Australian labour movement are well remembered today: as are the benefits that their children, grand-children and great-grand-children have enjoyed for well over a century.

Now, try and convince me that these protesting pioneers were not, at least in some ways, good men.