Occupy Gold Coast says - we are the 99 per cent! 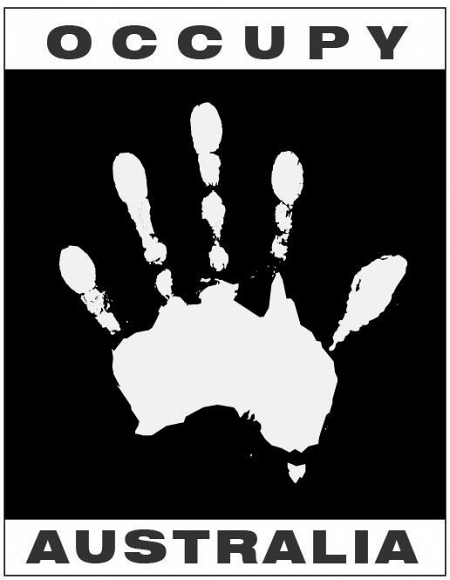 The Occupy Gold Coast occupation started in Surfers Paradise today. Organisers say three slogans identify the Movement: "We are the 99%", "We won't pay for your crisis" and "Occupy everything".

The family-friendly all-day event starts at 9am and runs until 8pm with an aim to suit people from different ages and backgrounds, as well as those with differing levels of understanding regarding the Occupy Together Movement.

The event will list speakers throughout the day from a range of different organisations, backgrounds and beliefs, all united with the same message: it is time that we valued human and environmental needs above corporate profits. A festive and friendly atmosphere will be maintained throughout the day with an open opportunity available for speakers and musicians from the public, and workshops involving both informative and creative activities. The event hopes to inspire people to take decision-making power back into their own hands, and work toward a set of shared goals for meeting human and environmental needs.

Occupy Gold Coast is a spin-off from the greater Occupy Together Movement, which is sweeping the world and growing exponentially. According to the American unofficial information hub, www.occupytogether.org “occupied cities” now number in the thousands and are spread across the globe. This Movement has grown out of the original Occupy Wall Street event, which has seen thousands of people protesting by day, with hundreds camping out overnight.

People all around the world not only sympathise with the Wall Street Occupiers, but feel that they are in a similar socio-economic position and are holding Occupations of their own. Reasons for Occupiers’ disenchantment with the current system include a perceived injustice over the unequal distribution of wealth and power within our societies and a growing awareness of corruption and the failure of the political system to address the needs of the majority — whilst pandering to the desires of profit-motivated corporate entities.

This year has seen mass protests against austerity measures in Greece, Los Indignados in Spain, student uprisings against massive tuition fee hikes in the UK, the occupation of the State Senate in Wisconsin in the USA, and the wave of revolt across the Middle East and North Africa. Occupy Together is just the latest in a wave of popular discontent to sweep the globe, and people everywhere are now refusing to pay the price of economic disaster while those who caused it reap the reward of ever-increasing profits.

Occupations are non-violent with a focus on democratising the economy and instigating a shift in society’s value-system toward valuing human and environmental needs — above the current dominant motivation of money and profits.

The Occupations provide a forum for people to express their anger at, and distrust of, our current political and economic system — and the sentiment that the aspirations and ideals of millions have been betrayed for the sake of the few. Three slogans permeate the air at the Occupations: "We are the 99%", "We won't pay for your crisis", and "Occupy everything". Gold Coast is expected to amplify those words on Saturday.

Australians, although not in the dire straits witnessed in other countries, including the US, are increasingly aware that there is a need to stop the escalation of inequality and injustice, and ensure that human survival and environmental sustainability are prioritised. As a means toward this end, people everywhere are encouraged to join together in peaceful protest in Surfers Paradise on Saturday October 15 in solidarity and support, and in the search for solutions.