By Peter Wicks | 9 June 2012, 2:53pm | comments |
Roll up! Roll up! For the Jacksonville three ring circus, appearing for a limited time only at the Federal Court of Australia! Peter Wicks reports on Friday's fun-filled show — where chaos always reigns supreme. 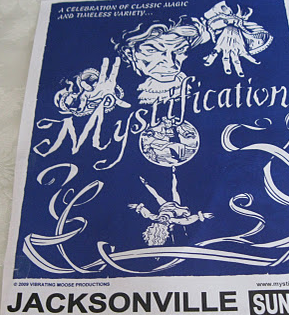 Well, it seems that the “Jacksonville” Circus really saved it’s finale for the Federal Court.

The way the entire case has been handled by “Team Jackson” has been nothing short of astounding.

Personally, I would sooner trust Michael Jackson’s doctor with medical advice than trust anyone from “Jacksonville” with legal advice. It is like a scene from a Jim Carrey – instead of a John Grisham – movie.

What started this week with Jackson approaching the judge on the side, then with Michael Lawler asking for findings against him to be suppressed, has ended with Jackson waving her arms about in court like she is trying to guide a plane up the tarmac.

The day was clearly going to descend into farce when Jackson allegedly sacked her legal team, which was being led by barrister Brett Shields. In a media release yesterday afternoon, Harmers said the parting was mutually agreed. Given their Liberal party connections, rumours are rampant that Harmer’s are now trying to distance themselves from Jackson and that whoever was covering the costs of their services may have stopped paying the bills.

This also appears to be supported by Jackson’s reported comments in the Federal Court, by a blogger, Frances Jones, who attended the court action:

‘Kathy Jackson complained that the SMH reported that her solicitors were sacked by her, but she said they were unavailable, not sacked.’

The Liberal party have denied paying legal costs for Jackson.

Then QC David Rofe, the barrister for the Vice-President of Fair Work Australia and Jackson’s partner, Michael Lawler, showed up without a robe (apparently at the dry-cleaners) to represent Jackson.

Luckily, Mr Rofe charges by the hour, because that’s what his bill will have to be rounded up to as, after all of 15 minutes with his new client, Mr Rofe abruptly decided the gig wasn’t for him and walked out of the courtroom.

Jackson then approached the bar and asked that Justice Flick disqualify himself from the proceedings due to some apparent (to her) “apprehension of bias”.

I have to give credit where it’s due; Tony Abbott may be right, Kathy Jackson certainly is full of something — and maybe it is courage. Imagine having the front and the gall to step up and ask a Federal Court Judge to disqualify himself after accusing him of bias — let alone Justice Geoffrey Flick, the author of ‘Federal Court Practice’, which is by all reports the authoritative guide to Federal Court practice and procedure in Australia.

Things are bound to become even stranger and more surreal next week when Jackson comes back to appeal the ruling.

This case is becoming so bizarre, it is like that car crash you can’t help but slow down to look at.

As the Victorian Police investigation cranks up a notch, it is becoming clear that people will want to distance themselves from both Kathy Jackson and Michael Williamson as things start to unravel.

In my dealings on this matter, I can say there are many people within the HSU who have the members’ best interests at heart. My hope is that they are able to regain the Union for the membership and allow the membership the ability to choose how the union is best run. Today’s court decision is, hopefully, the first step in that process.

Another thing that may interest some next week is the HR Nicholls Society Dinner on Tuesday night in Melbourne. The Guest Of Honour for the evening is none other than Kathy Jackson.

It will be interesting to see if the event goes ahead, or if her invitation and Guest Of Honour status is cancelled.

National affairs editor at that paragon of journalistic balance and ethics The Australian, Tom Dusevic, must believe it will go ahead, because he even wrote a speech for Kathy Jackson to give at the function for today’s paper. You can read it here, if you could be bothered circumventing the paywall (which almost no-one can).

Unlike Dusevic, I fail to see any way that an Opposition with any sort of credibility could continue to support Jackson. Someone who has shown herself to be entirely lacking in judgement — especially given the way she has handled herself both in and out of court this week. How can a political party support somebody who would approach a sitting judge privately, or confront one of Australia’s most distinguished judges and tell him he’s biased.

So, what happens now? Do the Coalition back the woman that Tony Abbott has described as “courageous and worthy of admiration”? Alternatively, do they tacitly admit that Abbott is reckless, desperate, easily led and lacking any sort of reasonable judgement, by distancing themselves from Jackson?

By Wednesday, we will all know whether the HR Nicholls Society and the Coalition have dropped anchor in “Jacksonville”.