A SERIES OF revelations on Monday – on the ABC’s Four Corners, in Senate estimates and on Channel Ten’s The Project – deepened an ongoing controversy surrounding the Australian Government and Parliament.

The Australian public has been appalled at recent allegations of rape levelled in one case at a senior Cabinet minister, and in another, at a political staffer. Now there are new accusations. Reports have emerged of Liberal staffers behaving atrociously in Parliament House.

Others allegedly signed in sex workers, with the clear intention of using their services or providing their services to others. It is also alleged that members of parliament use a room known as the prayer and meditation room for sex. 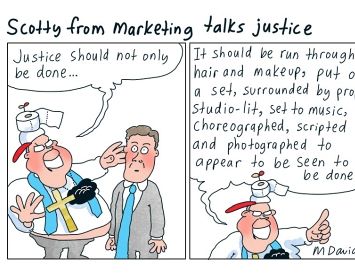 The handling of the earlier allegations by the Prime Minister and his office has, for many, raised serious questions about government accountability and transparency.

Australian democracy is in crisis: serious allegations have been made against a senior minister and a staffer; the prestige of Parliament House has been severely damaged; serious questions over the culture of the government have arisen; and the Prime Minister’s willingness to address any of these issues in a satisfactory way is unclear.

He expressed regret over the new allegations on Tuesday, but also launched attacks on the press and attempted to limit his own responsibility. For the political system to function at its best, the Prime Minister has to be a champion for the best principles of our democracy. The Prime Minister must make the pursuit of truth and accountability a virtue, not a slogan.

Australia urgently needs Morrison to be invested in truth and accountability.

Among other things, the lewd acts that were the subject of Monday’s allegations demonstrate a fundamental disrespect for Australian democracy.

Parliament House is supposed to be:

'... the instrument of our unity - a building for all Australians, a Parliament reflecting the diversity of our entire society and responding to the needs of the whole community.'

The status of Parliament House is reflected not only in the fact that our government and democracy are based there, but also in how much of the building and grounds are open to the public. Staffers of politicians should not be treating the building where laws are made as if it were an out of control frat house.

Even more concerning is the investigation into who knew what, and when, about the alleged rape of Brittany Higgins. This investigation should be the most important item on the Government’s agenda, given the seriousness of the allegation – far more serious than the issues reported on Monday, which seem to have received significant attention – and the accusations that there may have been a cover-up. 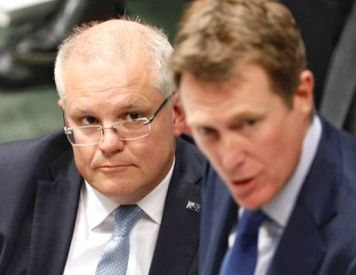 The damage Morrison has done to survivors is incalculable

The fact that the Prime Minister is allegedly unclear on the flow of information regarding an alleged serious crime that occurred in Parliament House is deeply concerning on its own.

Worse still is that the Prime Minister seems to have distanced himself from questions about how the investigation is being conducted. This may have led to him misleading Parliament – and therefore the Australian people – about what he knew of the investigation. Morrison’s instinct is to deflect, defer, or duck.

We have seen this with the ongoing allegations against Christian Porter, against Linda Reynolds, in the sports rorts episode, and in his response to the bushfires in 2019 and 2020. This approach is fundamentally at odds with accountable and transparent government.

Australians’ faith in democratic institutions depends to a large extent on how they are run and who they are run by. Elements of our democracy are protected by law and governed by democratic conventions.

Within these parameters, much relies on the individuals we elect, the structures of the major parties and the culture of our institutions. Thus, the quality of Australian democracy depends greatly on how far those in Parliament House go to safeguard it and to promote a version of it that works for all Australians. 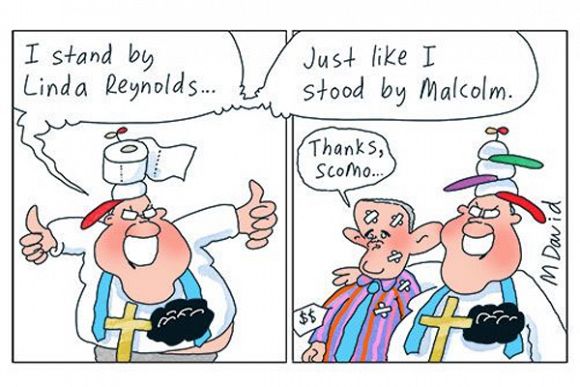 After years of our nation being governed by a misogynistic boys' club, Australians have the power of choice in the next election.

In his important 1989 inquiry into police corruption and democracy in Queensland, G.E. Fitzgerald wrote:

‘... good government is more likely to result if opposition, criticism and rational debate are allowed to take place, appropriate checks and balances are placed on the use of power.’

Morrison cannot escape the shadow cast by Fitzgerald’s remarks, nor can the Coalition as a whole, or the Opposition. In these words is a path forward to restoring some credibility to Australia’s politics.

Morrison is not responsible for all that has transpired in Parliament House over the life of this Parliament. But he is the leader of the Government and is in the best position to drive immediate and substantial change.

Australia does not need a leader who dodges the problem: it needs one who will accept that the dignity of Australia’s democracy has been diminished and that a lack of trust in our elected officials will surely follow unless serious remedial action is taken.

If Morrison is not prepared to change his own attitude to accountability, and that of his Party, then he should stand aside.