In the past five years, I have had my eyes opened to the world of litigation through repeated requests to review discovered documents attached to recent and current loan default litigations.

From each corner of our nation, three cases that I have been presented with contained a recurrent and disturbing theme: Tess Lawrence v NAB, Rosie Cornell v NAB and a “third” v NAB, which cannot be named.

From my observations, all have followed the same path — literally manufactured by the financier.

The key to my observations comes from the bank’s own submission for credit, authored by their agents and representatives, located in business banking centres in different states, which may suggest that this problem is widespread rather than isolated.

These three examples of credit submissions, prepared and subsequently approved by the bank exhibited the following issues: 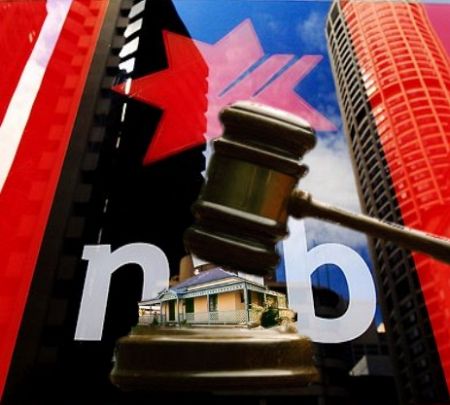 Two of the authors have left the employ of the bank and the third received an offshore posting — later to be repatriated home with an advancing career.

Of the three examples referred to above, two are found on both ends of the scale. The “third” was scheduled for trial and prepared for by an extremely competent legal force. That matter was settled at mediation just prior to trial with the bank swallowing a seven figure pill.

On the other end of the scale Lawrence v NAB has been a classic David & Goliath battle that has been waged for the past five years. A self-representing litigant with a genuine cause has been treated as the leather on the soles of the fancy shoes worn by Collins Street criminals.

In these past years, banks and regulators have worked to improve procedures and systems that would further protect banks and hopefully their employees, consumers and shareholders going forward. But what of the sins of the past? What about applicants that have their dreams turned into nightmares as the result of dereliction of duty?

It makes you wonder, of all the loans advanced, of all the default cases in all courts nationwide past and present, is there a connection? Was the appropriate due diligence applied at the outset?

Was the default manufactured on the back of the bank holding a safe level of security?