Like the waste itself, a dubious Coalition plan to temporarily dump nuclear waste for a future government to re-locate, 100 years later, at another undecided location is long-lived and toxic, writes Dave Sweeney.

IN THE RECENT Federal Budget, as with much in life, the devil is in the detail.

One public policy area that received a bucket of cash but not a lot of comment is the Government’s approach to Australia’s radioactive waste. Like the waste itself, the political positioning around this issue has been both long-lived and toxic.

Since the mid-1990s, with varying degrees of enthusiasm, successive federal governments have sought to advance one management approach: regional or remote co-location. This involves centralising the bulk of Australia’s radioactive waste in two adjacent facilities at the one location.

One site is for the internment and disposal of low-level waste. This material, which needs to be isolated from people and the wider environment for up to 300 years, would forever remain at the site.

The neighbouring site would hold intermediate-level waste, which needs to be isolated for up to 10,000 years, in extended above ground storage in a purpose-built shed.

The plan is that a future federal government, sometime in the next 100 years, would re-locate this material for deep burial at another currently undecided location via an undisclosed and unfunded process.

Critics of this Federal waste plan see this as a short-term political fix rather than a credible approach to managing inter-generational industrial waste. They are calling for a policy recalibration away from the push to find a compliant or vulnerable postcode and towards a rigorous, transparent, and evidence-based process to identify the least bad management option.

Nothing about the nuclear industry, especially nuclear waste, is clean or uncomplicated.

The recent Budget sent mixed messages on this significant issue, both funding the current deeply flawed approach while also holding the possibility of a more considered pathway.

The issue is deeply divisive with strong local supporters who see the facility as an economic lifeline and fierce critics who see the plan as a threat to the region’s primary economic driver — high-quality cereal cropping.

The local Native Title holders, the Barngarla people, have been actively excluded from participation in Federal mechanisms to measure community sentiment and are also vigorously opposed, as are growing stakeholder voices across the region and the nation. 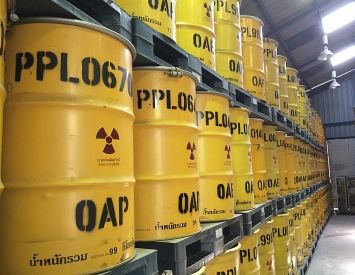 The Barngarla have previously taken legal action against the Kimba site selection and, in a move to shut the door on any further legal contest, Resources Minister Keith Pitt has been spruiking an amendment to the Federal radioactive waste laws to remove key stakeholders right to judicial review.

Fortunately, this heavy-handed piece of legal corner-cutting remains blocked in the Senate. To their considerable credit, the Greens, Labor and most crossbenchers are not supportive of denying Australians a day in court to challenge a controversial project with inter-generational impacts.

Despite this stalemate, the 2021 Budget saw around $100 million dollars allocated to maintain momentum on a waste plan that lacks support, evidence or meaningful public health or radiological protection rationale.

Interestingly, though, the Budget also contained an allocation that may provide a much-needed circuit breaker.

A separate allocation of $60 million was made ‘to support the interim storage of intermediate level solid radioactive waste’ at the Australian Nuclear Science and Technology Organisation’s nuclear facility at Lucas Heights in southern Sydney.

The majority of Australia’s radioactive waste – and around 95% of the most problematic intermediate-level waste – was both produced and is currently stored at the Australian Nuclear Science and Technology Organisation (ANSTO).

Critics of the Kimba plan maintain that ANSTO is currently the best place to store Australia’s worst waste and that extended interim storage of Australia’s intermediate-level waste at Lucas Heights, coupled with a transparent review of future management options is the most prudent and credible approach.

Not only is the waste already there but ANSTO has certainty of tenure, a secure perimeter, is monitored 24/7 by Australian Federal Police and the waste will be actively managed as ANSTO’s operations are licensed for a further three decades.

Importantly, this approach keeps waste management on the radar of the agency with the highest level of nuclear expertise and radiation monitoring and emergency response capacity in Australia, and helps reduce the negative impacts of a highly politicised decision-making process like we are seeing with Kimba. 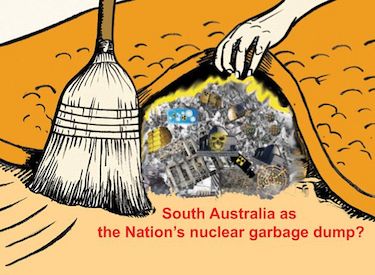 Matt Canavan's 'urgent' new nuclear waste dump: The devil is in the detail

What is urgently needed is an independent assessment for managing Australia’s radioactive waste, not a hasty new nuclear waste dump.

This interim waste store has a conservative design life of 40 years, its license is not time-limited and it has (if required) regulatory approval to store these reprocessed wastes until the availability of a final disposal option.

Storage at ANSTO has been previously identified as a credible and feasible option by ANSTO and nuclear industry lobby group, the Australian Nuclear Association.

Most importantly, the CEO of the Federal nuclear regulator, the Australian Radiation and Nuclear Safety Agency (ARPANSA), confirmed to a Senate Inquiry in June 2020 that intermediate-level 'waste can be safely stored at Lucas Heights for decades to come'.

Builders have a maxim: measure twice, cut once. This sensible approach should also inform Australia’s approach to radioactive waste management, especially in relation to the unnecessary double handling of intermediate-level wastes.

Nothing about the nuclear industry, especially nuclear waste, is clean or uncomplicated.

However, extended interim Federal storage – coupled with a comprehensive public review of the full range of longer-term management options – is the approach that is most likely to advance and realise lasting and responsible radioactive waste management in Australia.

Such an approach would help turn this political football into a worthy goal.