Liberal Party seeks to prevent The New Liberals from registering

There are legitimate concerns over the legality of the Liberal Party's attempts to block the registration of The New Liberals, writes their Leader Victor Kline.

AS THE LEADER of The New Liberals (TNL), I received a call from a senior member of the Liberal Party some months ago. He told me that when we applied for registration of our party name with the Australian Electoral Commission (AEC), the procedure was that a notification would be published allowing anyone who wanted to object to registration to do so within 28 days.

He cautioned that the AEC might choose to ignore the law and find against us anyway. He refused to be further drawn on why that would be. But most importantly, he pointed out that, whilst we would have avenues of appeal to the Administrative Appeals Tribunal, and the Federal Court or the High Court, these would be extremely time-consuming. 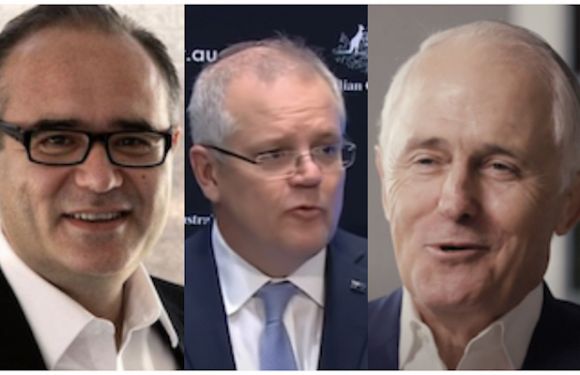 From Turnbull to Morrison to Somyurek, branch stacking has been a feature of the political landscape for decades.

This, he said, was the Liberal Party’s main purpose: to delay us through endless litigation so that we would still not be registered by the time the election came round. In that event, we could not stand candidates under our party name and logo. And that they further hoped to bankrupt us with legal costs along the way.

As a barrister myself, I researched his legal advice and found it to be correct in every detail. I was, of course, curious as to why a senior member of the Party which was about to try to litigate us into extinction, would call to warn me and give me details of what they would try to do to us.

Given that he had been so accurate on the legal side of things, I anticipated that he would be right about the fundamental fact that the Liberal Party would lodge a challenge. I was surprised, when I rang our contact at the AEC, Tim, right on close of business on the final day allowed to lodge an objection, to find that no objection had been lodged.

However, Tim rang me the following Monday to say that there had been an objection lodged after the close of business but before midnight. He was told to explain to me how they considered that to be a valid objection. I said that my understanding of the law was that anything received after close of business did not meet the requirement of "receipt" before the deadline because there was no one to receive it.

Without responding to that, he moved on to explain that the next step was for a delegate of the Commissioner to examine the objection to ensure it met formal requirements. Once that was done, we would be sent, probably the next day, the identity of the objector and their written objection.

A week later I hadn’t heard from the AEC contact and so I called him to see what the delay was. He couldn’t really explain that, but said we should hear soon. In the end, we didn’t hear for a month, when I was rung by another AEC official, Karen, who said that Tim (with whom we had been dealing for months) had been taken off our case and that she was now handling it. 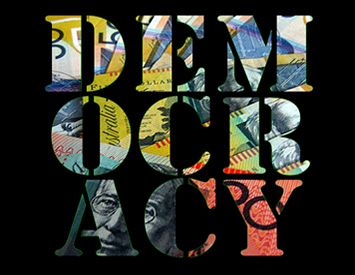 The democracy deficit — it’s an economic problem, too

Whether or not the Turnbull government intends to sell the ABC, political editor Dr Martin Hirst argues that the Liberal Party’s internal debate on the issue highlights the democratic deficit at the heart of our system.

Karen told me that we would now finally be told who the objector was and be allowed to see the documents in support of their objection. When I asked her why there had been such a delay, when all that was required was a 30-second scan of the documents and when she knew how crucial time was to us, she just laughed and said "oh, you know how we bureaucrats are".

I then asked her to provide me with evidence of the time the Liberal Party documents were received at the AEC. She refused to comply. I explained that we were fully entitled in law to see evidence of this crucial aspect. She again said that it would not be possible to show us the covering document with a timestamp.

I asked her to provide me with reasons why she was refusing a perfectly proper and normal request, at which time she put me on hold and got her boss, Rob.

Rob also refused to show me this crucial piece of evidence. I explained to him, as I had explained to Karen, that I had strong reasons to believe the objection was not received before the close of business on the last day, for the very obvious reason that Tim had told me so.

Rob then assured me that the documents had been received before the close of business. I asked him how Tim could be wrong about such an important matter, especially when we were the only objection case they had.

He did not answer. He again refused to provide the proof of receipt. And that is where we left it.

I have now written to Mr Tom Rogers, Australian Electoral Commissioner, detailing what I have reported here, and formally requesting that we be sent proof of receipt. I pointed out to Mr Rogers that a failure to do so would amount to a denial of procedural fairness, which would render any decision he or his delegate made against us, void in law. We await his response.

IS THE OLD LIBS' OBJECTION TO OUR NAME INVALID BECAUSE THEY FILED IT LATE? AND ARE THE AEC TRYING TO COVER UP FOR THEM?
See my letter below to the AEC Commissioner Tom Rogers - appointed 2014 by Abbott. Re-appointed 2019 by Morrison. #auspol @simonahac @MGliksmanMDPhD pic.twitter.com/5FFLpU6b0c

28 September 2021, 12:00pm Determined to see progress in Australian politics, The New Liberals have been ...

Christian Porter case being investigated as Government promotes him

30 June 2021, 4:30pm With a background in criminal prosecution, members of The New Liberals are launc ...
Join the conversation
comments powered by Disqus
News updates